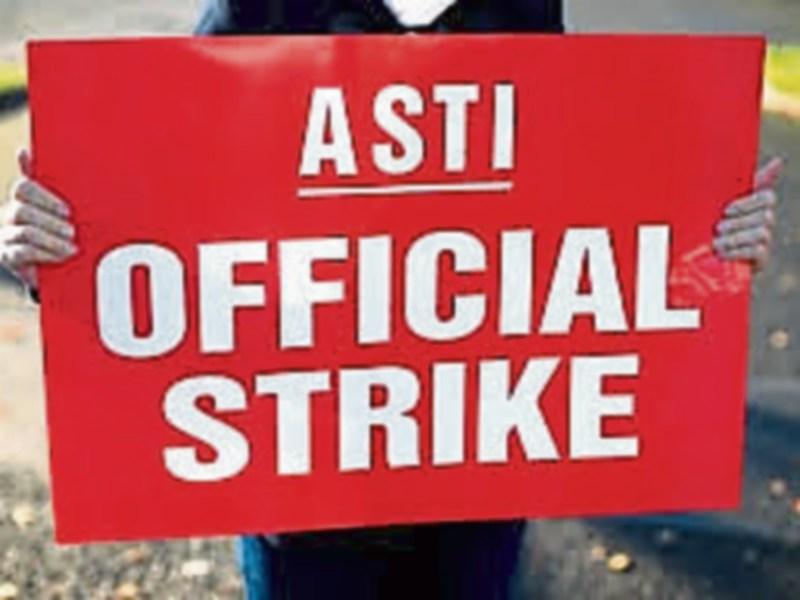 Thirteen secondary schools in Tipperary closed their doors this morning as ASTI teachers go out on strike in a dispute over pay conditions.

Schools in Tipperary town, Nenagh and Thurles were shut as part of the industrial action with over 400 ASTI members in Tipperary refusing to cross the picket line this morning.

"We're out today to support our younger teachers promoting the idea of equal pay for equal work. We have major issue with our younger teachers sitting beside us in staff rooms around the country getting a far smaller pay packet for doing the very same work week on week as their older colleagues," Ursuline Secondary School ASTI representative Annette Flanagan told the Tipperary Star.

"We're getting an awful lot of support from the public today with loads of people blowing their horns in support of us. We have a high percentage of young teachers here and it's ageist to expect somebody to start on a lower rate of pay compared to their colleagues who are doing the exact same job."

"It's a disgrace that the government would expect people, who now have to have a Master's qualification  to be a secondary school teacher, to have to do the same work and to take a significant reduction in pay compared to what their colleagues are getting," she added.

Over 500 secondary schools were expected to close today in the first of seven walkouts by ASTI members as the union seeks equal wages for staff qualified since 2011. Further strikes have also been planned for Tuesday, November 8, Wednesday 16, Thursday 24 and Tuesday 29 as well as consecutive days in December on Tuesday 6 and Wednesday 7.

"It's just not going to be an attractive job for teachers going forward if their pay is as low as it currently is. We are seeing teachers qualifying and then immediately having to seek employment outside of the country because it's virtually impossible to live on as a newly qualified teacher. The newly qualified teachers are also not getting allowances that the older teachers are still getting so their pay is considerably depleted from the get go," said Annette.