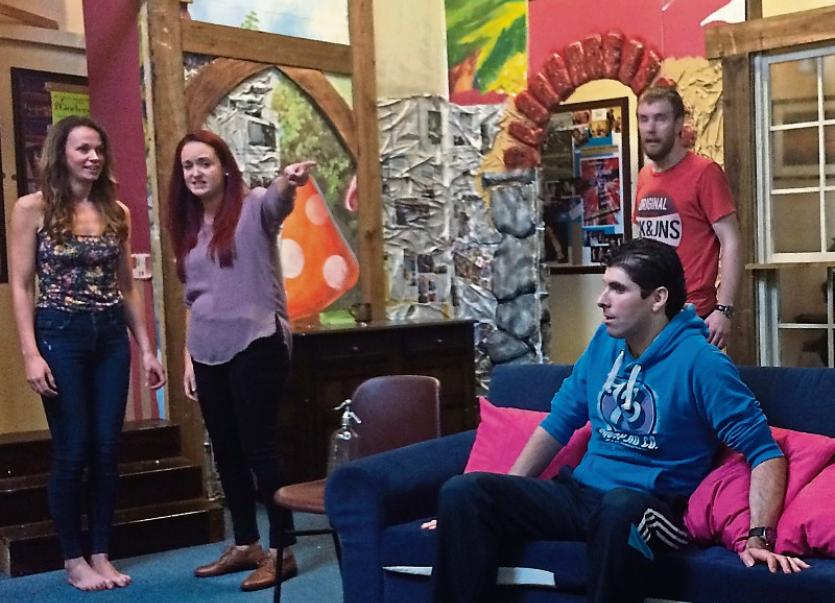 The Nenagh Players will host a gala night this Wednesday, November 9, at the opening of their five-night run with Don't Dress for Dinner.

Don't Dress for Dinner, which will be staged in Nenagh Arts Centre, is a comedy written by Marc Camelotti and directed by Nenagh Players stalwart Kevin Walshe.

The cast includes Jenny Bracken McDonnell, Niamh Hogan, Carolyn Bracken, Patrick Rohan and Peter Thornton, who all have so much experience with the Nenagh Players. It is Kevin Prout's first time to perform on the Nenagh Arts Centre stage. He has played a number of parts in performances with Nenagh Choral Society.

The play begins with a couple Bernard (Kevin Prout) and Jacqueline (Jenny Bracken McDonnell) having a chat about the upcoming weekend that they will spend apart. Bernard tells Jacqueline that his old friend Robert (Patrick Rohan) is back in town and will be spending the weekend with him. What Bernard doesn't know is that Jacqueline has been having an affair with Robert. Confusion reigns from there on in.