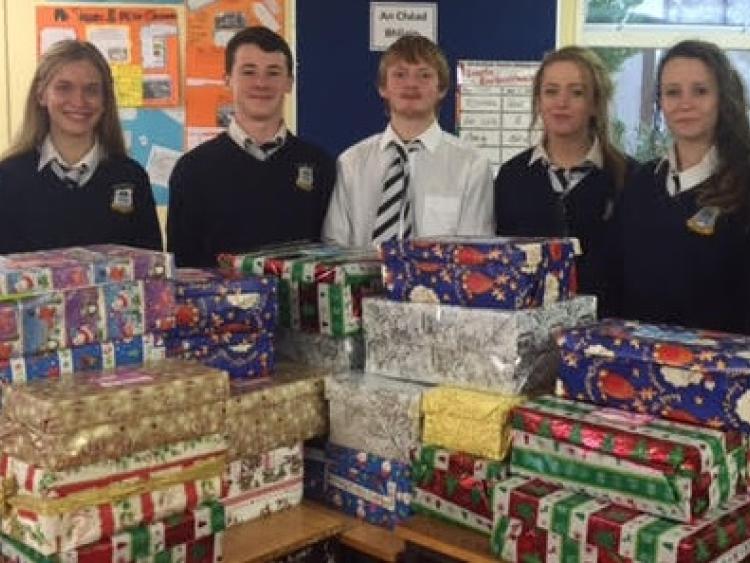 Tipperary co-ordinators for the Team Hope Shoebox Appeal are busy collecting filled Christmas shoeboxes this week ahead of this Friday’s deadline.

Nearly 12,000 shoeboxes were collected across Tipperary last year and now co-ordinators are hoping to beat that number once again calling on schools, business owners, families and community groups to dig deep and exceed the 2015 figure for Tipperary

“People have been so generous already. We’ll be going out to schools and community groups this week to collect the boxes and we’re hoping to exceed last year’s figure.

These boxes mean so much to the children who receive them,” says mid-Tipperary co-ordinator Mary Keogh who has overseen the role for the last 13 years.

Mary, who manages up to 25 volunteers at the mid-Tipp collection centre, says that donations increased by 20 percent last year bringing the final tally to 3,025 shoeboxes for the Thurles area while 4,200 boxes were collected from Nenagh and another 4,700 from Clonmel.

“The boxes from Tipperary went to needy children in Kosovo last year.

It’s a great project for children to get involved in as it reminds them there are a lot of children in the world who don’t have the same kinds of toys or things they do,” adds Mary.

To get involved in the 2016 Shoebox Appeal, simply wrap a shoebox with Christmas paper, then fill it with gifts for a child, attach €4 and bring it to a local drop-off point before Friday, November 11.

There are 400 drop off points available nationwide with 17 designated points across Tipperary including all Axa, FastFit/FirstStop branches and Toymaster stores. A complete list for each locality is available at www.teamhope.ie