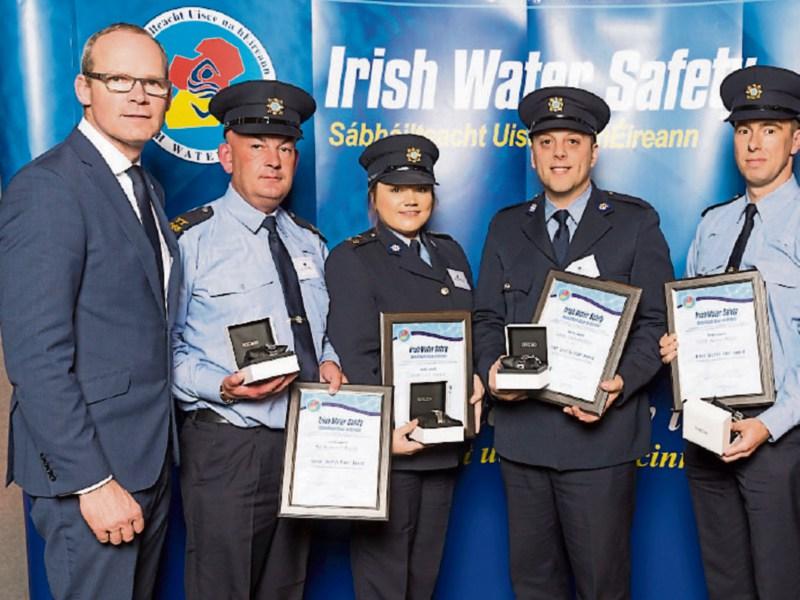 Four Clonmel gardai have been honoured for saving the life of a man who had fallen into the river in the town.

On 17th August last year, Gardai Mark Holden, Kieran Hayes, Claire Murphy and Kieran O'Regan received a call regarding a man who had fallen into the water at New Quay, Clonmel.

The Gardai immediately went to the scene.

Garda Mark Holden and Sgt. Kieran O'Regan entered the water.  The four Gardai managed to bring the man to safety and waited with him until emergency services arrived to the scene.

Thirty-two lives were saved from drowning through the brave actions of forty-seven rescuers last year.

Presenting the awards, Simon Coveney, Minister for Housing, Planning & Local Government said he was delighted to be involved in this year's Irish Water Safety Awards Ceremony.

"It is an issue that I care deeply about and it is an honour to pay tribute to the courageous and deserving award winners.'

"Tragically an average of 133 people drown in Ireland every year," commented IWS Chairman Martin O'Sullivan, "and although that's 133 too many, the figure would be even higher but for the dramatic efforts of these individuals who saved others from drowning and the ongoing work of volunteers teaching swimming and water rescue skills."