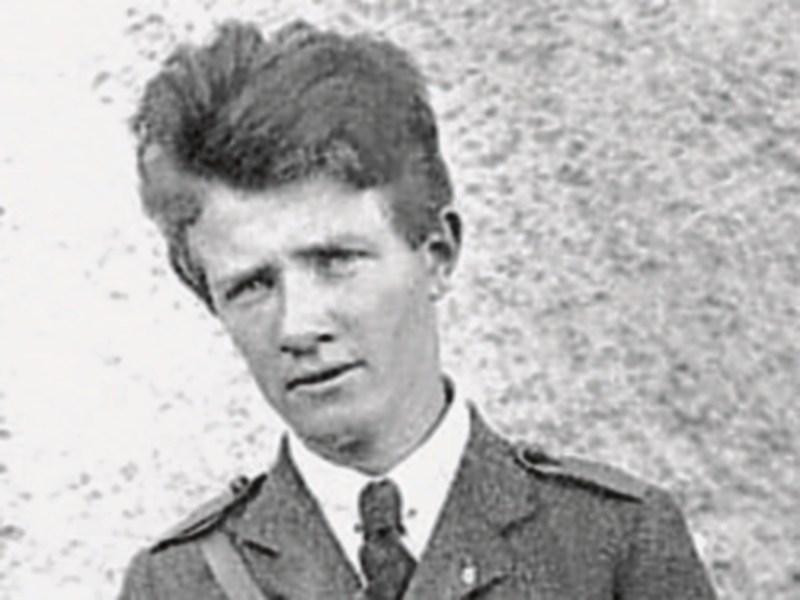 Revolutionary leader Sean Hogan, pictured around 1921, whose son Sean has died and will be buried in Dublin on Friday.

He died on Tuesday.  His remains are reposing at Simpson's Hospital, Dundrum, Dublin, on Thursday afternoon, from 4pm until 6pm. Removal on Friday morning to St. Attracta's Oratory, Meadowbrook, Ballinteer, D.16. arriving for 10am Requiem Mass. Funeral thereafter to St. Fintan's Cemetery, Sutton.

His father, Sean  Hogan, was a leader of the 3rd Tipperary Brigade old IRA and of the Irish Republican Army during the War of Independence.

Sean Hogan, along with  Dan Breen, Seán Treacy, Séamus Robinson, Tadhg Crowe, Patrick McCormack, Patrick O'Dwyer and Michael Ryan helped to ignite the conflict that was to become the Irish War of Independence.

They shot dead two members of the Royal Irish Constabulary (RIC) - Constables McDonell and O’Connell - during the Soloheadbeg Ambush in County Tipperary.

The RIC men were transporting gelignite explosives, when they were called on to surrender they took up firing positions but were shot dead by the ambush party.

As a result of the action, South Tipperary was placed under martial law and declared a Special Military Area under the Defence of the Realm Act. Treacy, Breen and Hogan took the cart and hid the explosives and immediately 'went on the run'.

A large police and military manhunt was launched to find them. A thousand-pound reward was offered for information leading to their capture, this was later raised to ten thousand pounds.

He died aged sixty-seven on Christmas Eve 1968. He was buried with full military honours in the family grave at St. Michael’s Cemetery Tipperary town.