Clonmel girl guides delighted to do a 'good turn' for others 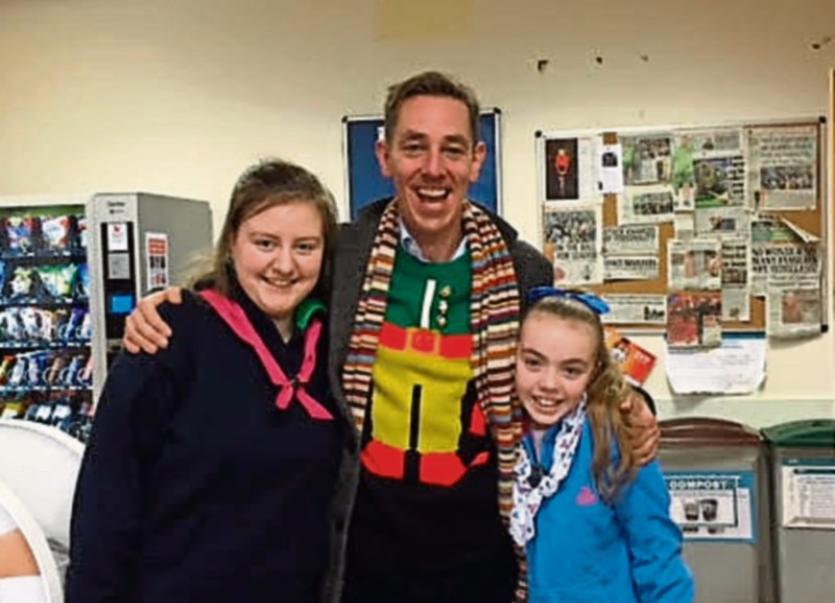 Clonmel girl guides contributed toward a whopping 84,000 'Good Turns' during a special week of kind acts.

And supporting them in their endeavours were television stars Ryan Tubridy and Brian Dowling.

Girls from age 5+ voluntarily tidied up their toys, picked up litter, or said something nice to cheer up a friend, while older girls completed a range of kind acts – from offering to get groceries for an elderly neighbour, packing Christmas presents for those in need, donating blood or supporting a charity.

And contributing to the great effort were members of St Bridget's Guides from Clonmel. 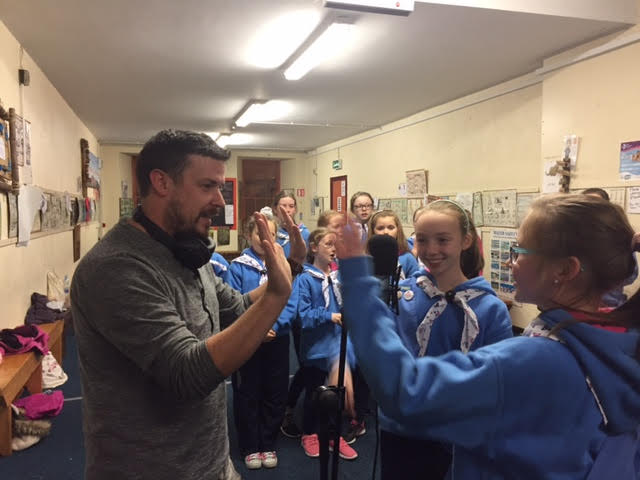 Brian Dowling with members of St. Bridget's Guides from Clonmel.

Said ten year old Lara O'Brien from Clonmel - "It has been a great opportunity to see how a national campaign is designed, especially National Good Turn Week which encourages everyone to do something nice".

Anastasia Fitzgerald, also ten and from Clonmel, said she enjoyed doing the good turns. "It gave me the opportunity to help in my community and to show how kind and helpful everyone can be without expecting anything in return,” she said.

IGG Chief Commissioner Helen Concannon said - "Good Turns are at the heart of what Girl Guiding is about. A Good Turn is a kind act to help another person without being asked and without receiving payment for it."

She added - "When girls become members of the Girl Guides, they promise to help other people and to do at least one Good Turn every day. The important thing is that these are tasks which a girl has not been asked to do - they are not chores, but something she notices needs to be done and she just does it. This is a skill we need all young people to develop – to be active citizens helping others in their communities.”

Newstalk presenter Sarah McInerney, who is a former Girl Guide, was happy to lend her support to the event and has committed to doing Good Turns during the week too. “National Good Turn Week will be positive for individuals, families and communities,” she said. “By the end of the week all the good turns will have had a ripple effect, reaching people across the country.