Greyhound taken from yard in Golden 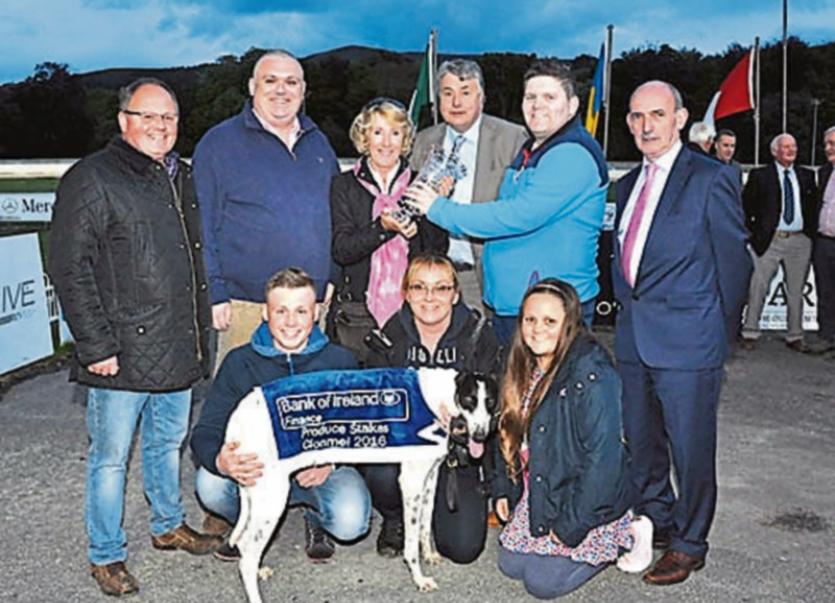 Gardai in Golden have confirmed that they are investigating the theft of a greyhound, which has an estimated stud value of in excess of €1m, from the kennels of a high-profile trainer.

The dog, Clares Rocket which is owned by a Limerick syndicate, is understood to have been taken from the yard of Irish Derby winning trainer Graham Holland in Golden during the cover of darkness on Monday morning.

“This is really the Shergar story of the greyhound industry,” one high profile greyhound trainer stated this Tuesday.

“If you look at his card, I think he has won over €53,000 in prize money and I would say for stud purposes he could be worth in excess of €1 million,” he added.

It is understood the dog was taken from the kennels in Golden at around 1am on Monday.

Clares Rocket is considered by dog racing followers to be at his peak and and is listed as one of the favourites for the English Derby - the most valuable and prestigious race in the world.

The dog has won the Champion Stakes and the valuable Produce Stakes and was a favourite this year for the Con and Annie Kirby Memorial Puppy Stake.

Owned by the Full House Syndicate headed by Joe Cahill, Clares Rocket was trained by Graham Holland to complete a hugely impressive unbeaten path to the Con and Annie Kerby Memorial Puppy Stake final and was quoted as a best-price 8/13 favourite by the firms.

He came fifth on the night and was representing Ballinacurra Gaels GAA club.

Speaking to Michael Fortune last August Joe Cahill, a member of the Full House Syndicate, explained after he was withdrawn from the Derby: "He is only a young dog with a lot of racing ahead of him and if we keep going in the Derby it might finish him.

“There are a lot of targets out there for him next year, and we would hope he will be okay for the Night of Stars in November."

Gardai in Golden confirmed that they are investigating the matter.

"It is a live investigation," said a garda spokesperson.