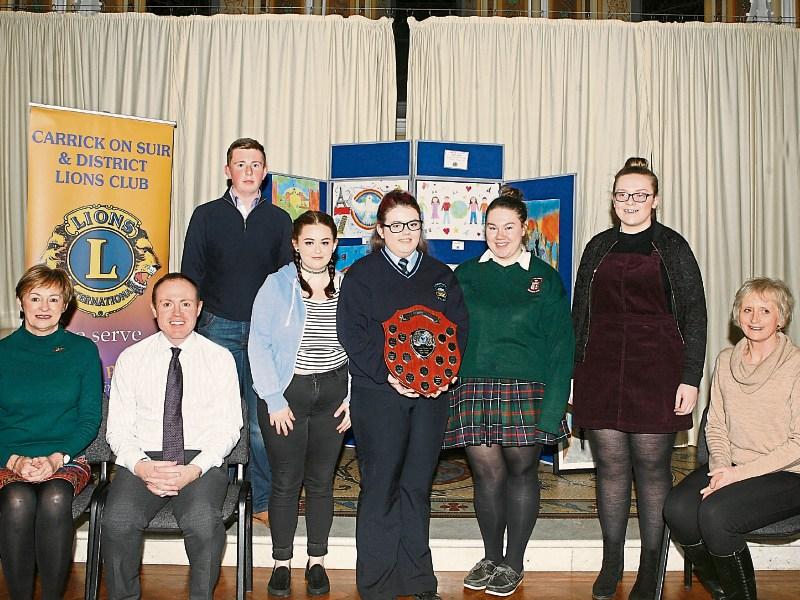 She received the award for her community work. Aisling initiated the "Angels in Wellies" campaign during the floods in Carrick-on-Suir last Christmas.

She co-ordinated a team of her classmates and friends to form a group to help out local residents affected by the flooding.

They waded through the floodwaters to help many elderly people and gave out hot food and tea.

Lions Club judges Ethel Power, Patrick Lannen and Daithí Ellis spoke of how Aisling showed great initiative and openness to new ideas and an awareness of difference in society.

They were impressed with all the finalists and complimented each of them saying that it had been a ‘tight vote’.

President of Carrick-on-Suir Lions Club Ann Ellis and Carrick Lions Club member Stephanie Keating thanked the judges for their commitment and time and all the young contestants, who represented their schools, clubs and communities in the competitio.

Ann and Stephanie were delighted with the input of all the young contestants and the maturity and empathy they showed within their communities.

Aisling was presented with the Carrick Lions Club Youth Ambassador award at a ceremony in the Nano Nagle Resource Centre honouring all finalists in the Young Ambassador competition as well as the Lions Peace Poster Contest winners.