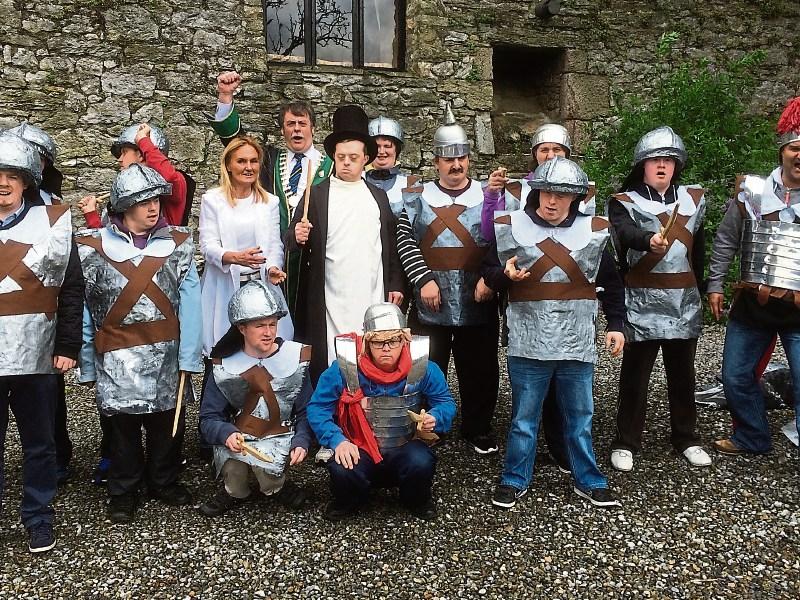 Above - Pat English and Elizabeth Walsh with service users of RehabCare in Knocklofty, whose short film 'Cromwell's Siege of Clonmel' was screened at the Together! Disability Film Festival in London last weekend. Copies of the film are still on sale at Clonmel Tourist Office at the Main Guard, with proceeds going to Our Lady's Children's Hospital in Crumlin.

A film that had its premiere at this year's Busking Festival in Clonmel was screened at a festival in London last weekend.

The main cast for the film, 'Cromwell's Siege of Clonmel' included service users of RehabCare in Knocklofty.

They starred in this 23-minute long production, depicting the story of a town under siege from Cromwell's forces in 1650.

All involved in the film were delighted to learn that it received an official selection for the Together! Disability Film Festival and was shown at the Old Town Hall at The Broadway in Stratford, East London.

The Together! event is a festival for all film lovers, as well as for those who want to see disabled people’s lives represented within the moving image, and/or learn more about diverse communities and individuals.

The festival brings together films of all budgets, lengths and genres from across the world that are either made by a disabled filmmaker or feature a significant disabled character.

Together! began in 2012 as a free Disability Arts and Human Rights festival, organised by the UK Disabled People’s Council (UKDPC) in the main host Borough of Newham to celebrate the Paralympics and Disability History Month.

For anyone who has not seen this short film, copies of 'Cromwell's Siege of Clonmel' are still available at Clonmel Tourist Office at the Main Guard, with all proceeds going to Our Lady's Children’s Hospital in Crumlin.