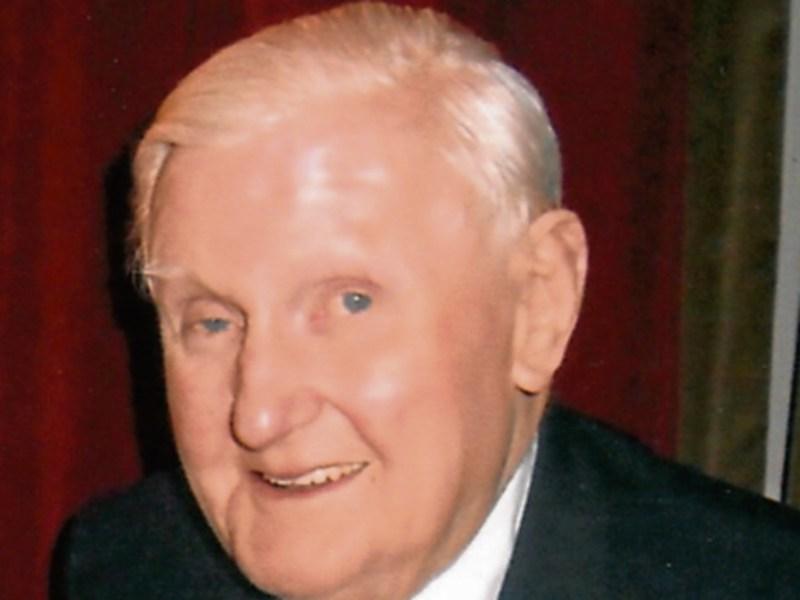 The late Chris (Hopper) McGrath, who died in September.

85 year-old Chris (Hopper) McGrath, who died at his 'Rathkeevin' home in Western Road, Clonmel on September 24th was immersed in the sporting life of his home town all his long life.

Chris was born in O'Neill Street on December 14th 1930 and from an early age sport was his great passion.

He was a talented hurler in his youth, lining out with the St. Mary's club, and was also an active member of Clonmel Rowing Club.

He also made his mark as a rugby player, winning the Mansergh and Garryowen Cups with Clonmel.

His wide sporting interests included coursing and he acted as a judge with the Clonmel and District Open Coursing Club for many years, and as a flag steward at the annual National Meeting in Clonmel.

To mark his 80th birthday he sponsored a horse race in Clonmel, and he and his family regularly attended the racing in Powerstown Park.

In his working life Chris and his business partner Willie Cahill worked in the building industry and were responsible for many fine buildings in the town and county.

These included one of the stands in Powerstown Park, the factory in Ardfinnan that became Moy Insulation, the GAA Centre in Clonmel, Dr. Pat O'Callaghan's surgery and many houses in the town.

A gregarious character, Chris loved to socialise and meet up with his many friends and acquaintances; Eldons, Chawkes and Careys were his favourite haunts, where he thoroughly enjoyed the banter and craic.

The Hopper's party piece was 'My Mammy', and his energetic rendition of the song made famous by Al Jolson enlivened many a party and get-together.

He lived life to the full and passed away at home, surrounded by his loving family.

May his generous soul rest in peace.