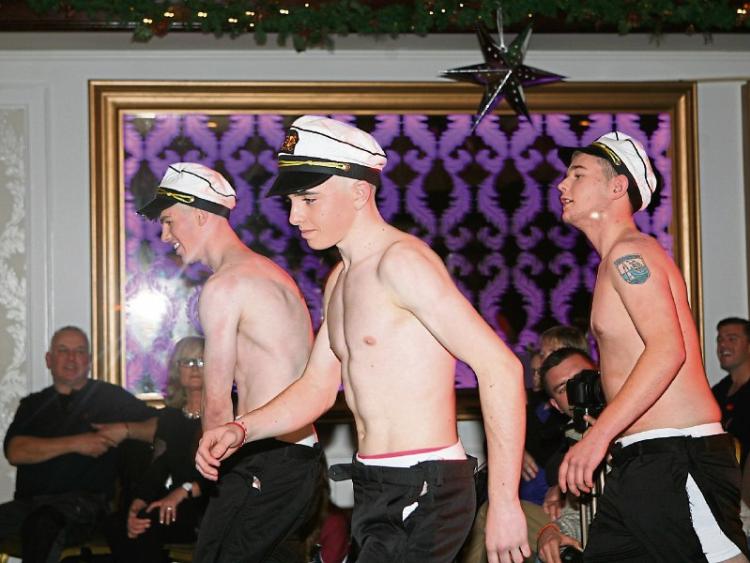 St. Molleran’s GAA club players and members exchanged the playing field for the stage for a night to help boost their club's coffers.

Some of the Carrick-on-Suir club’s hurlers starred in the fundraising variety show aptly titled "St Molleran's Goes GAA-GA" at the Carraig Hotel.

The event was a sell out with 250 St Molleran's supporters packing the Carraig Hotel ballroom to watch the show of comedy sketches, singing and dancing on Friday, December 2.

Among the highlights were the "Baywatch" and "Full Monty", "Lord of the Dance" and YMCA song and dance routines. Hits songs from an eclectic mix of famous stars including the Spice Girls, Neil Diamond, Nathan Carter, Tina Turner and Bruno Mars were also performed.

Mala, Megan and Ruth Raggett of Rising Stars Variety Group prepared all the performers for the show. Several Carrick-on-Suir Musical Society members such as Bobby Landers and James Dowley were among the cast.

St Molleran's GAA Club Treasurer Gillian Power said the show was a huge success and all funds raised will be used to finance the Club's general running costs for their juvenile and adult teams.

"We don't have a final figure as we are still waiting on some money to come in but we hope to make about €4500.

"We all had a great night and it was great to see everyone from the club out. It was a boost for the morale of club members.”

Gillian thanked all involved in organising the show and all the local businesses who sponsored the show programme.

She also paid tribute to everyone who supported the event by attending or making donations.

It's planned to show a DVD of the "St Molleran's Goes GAA-GA" show at the event.