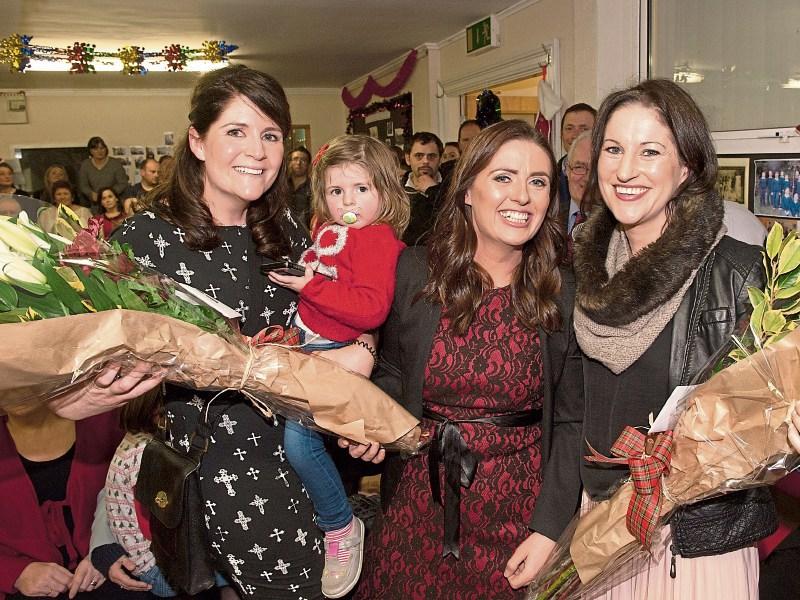 Tankerstown National School near Bansha has marked its 150th anniversary with the launch of a school history.

It was a momentous occasion when the book was launched in the school before Christmas and it was great to see so many past pupils going back decades mingling with present day pupils.

One  of those past pupils officially launched the book, octogenarian Fr. Michael O’Dwyer  of Tankerstown. Fr. O’ Dwyer gave a charming account of his time in school in with many entertaining anecdotes of his time there.

According to principal Nóirín Ní Mhaoldhomhnaigh, the idea for the book came from her predecessor Liam Bergin who had mooted the idea for some time.

“In my native Boherlahan, the recording of the stories of those around us in the not too distant past is documented in the form of an historical journal each year and the recording of this social history is something I personally place huge value on. I can think of no greater legacy of our sesquicentennial than to leave this testament after us”, said Ms. Ní Mhaoldhomhnaigh. 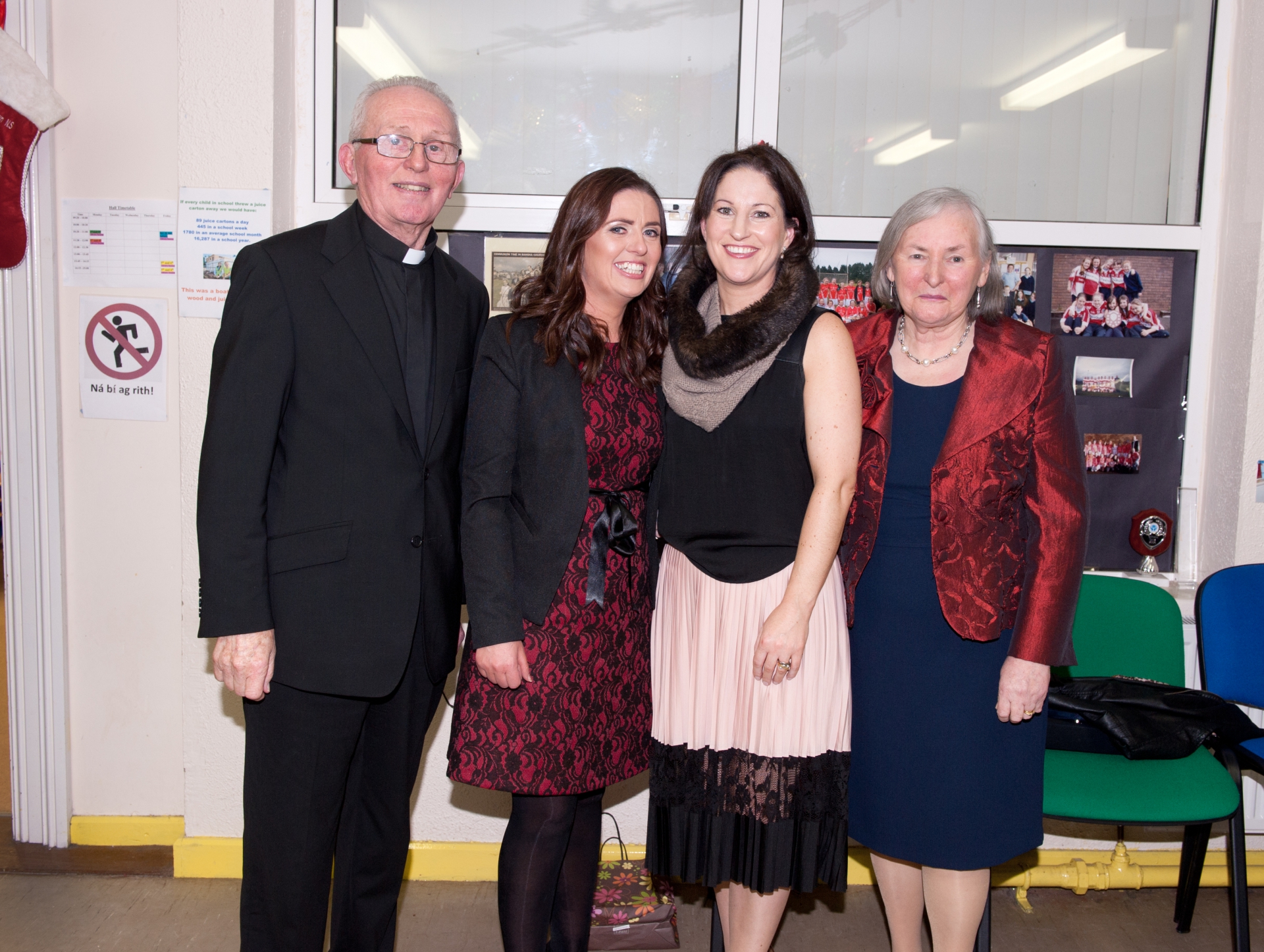 Mr Bergin had already a number of interesting articles ready for inclusion which he had been compiling. It was important also to include the past pupils and history of Ardane N.S. which amalgamated with Tankerstown N.S. in the Seventies.

The principal added - "In this publication, we are reminded of poor facilities and more simple often harsher times, changes and developments, various escapades and friendships formed that endure over decades.  The book comprises of memories and anecdotes of life, work and activities at the school and locally, games and sporting achievements, religious celebrations and parental and community involvement. This book serves as an overview of life in a South Tipperary community".

And she continued - "For the book itself, it was imperative to find an editor who could create for us of a publication befitting to the school. That person was past pupil and current parent in the school, Ms. Shirley Fahey. The request was to collate book content but with vigour and gusto, Shirley set out her vision in design form also after enlisting the assistance of another parent Ms. Claire Fahey. Claire’s expertise is considerable and the professional finish she put on the book is a credit to her. Between the two, the content, layout and design is a testament to the long hours and hard work both have put in to this book".

Fr O'Dwyer, who launched the book, was the youngest of four brothers.  He began school in 1940, the only boy to begin that year. In 1949, he began secondary school in Tipperary CBS and in 1954 he entered the Pallotines in Thurles, attending classes at St. Patrick’s Seminary. Ordained to the priesthood in 1961, he began missionary assignment in the USA, in a church in Abilene and spent most of his priestly life with a few years in Nevada and in Detroit Michigan. In 2007, he returned to Ireland intending to take a sabbatical, finding himself in St. Anne’s, Shankhill some ten years later and enjoying every day of it. 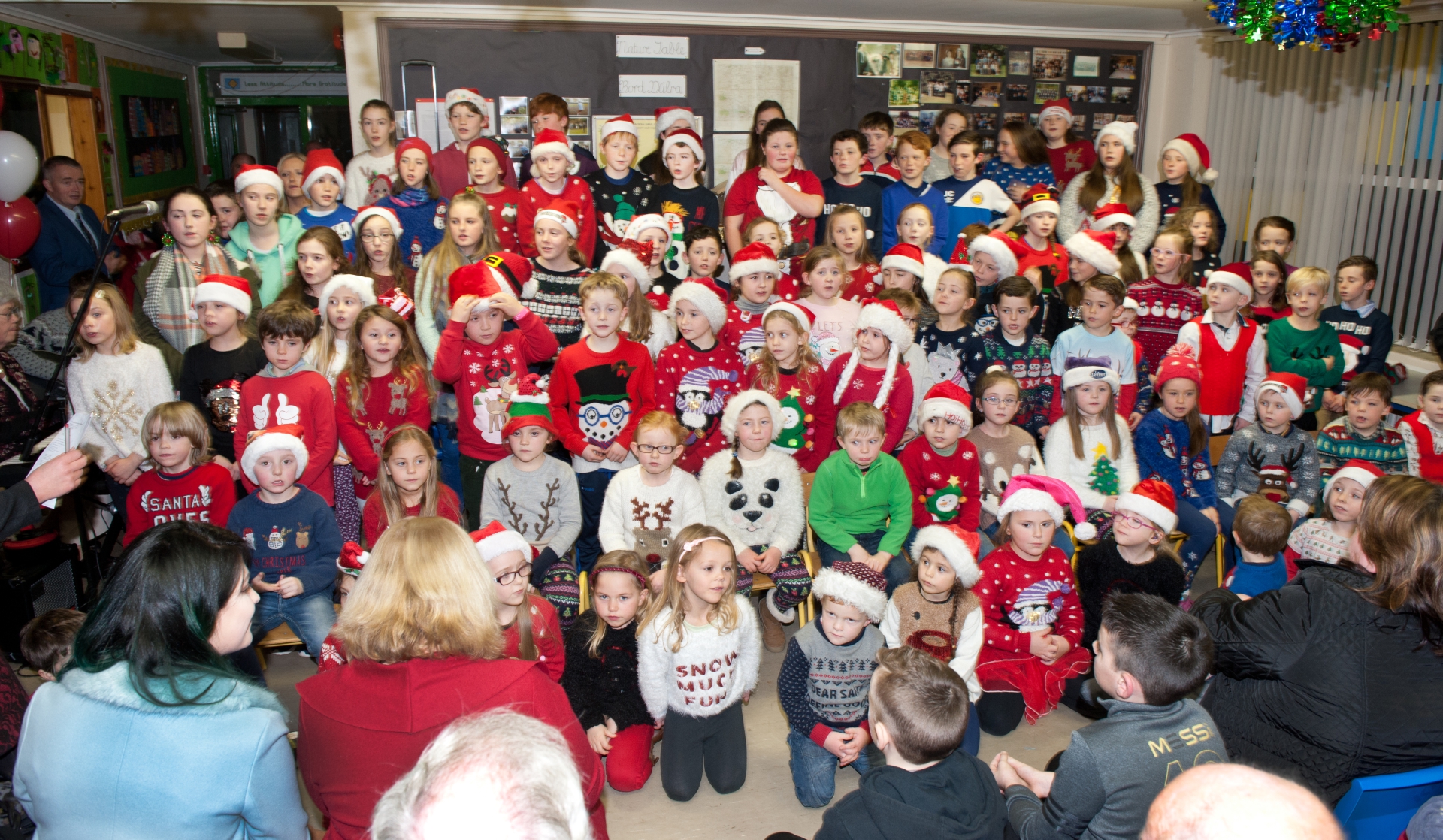 Tankerstown pupils at the book launch.

He claims to look forward to retirement in the not too distant future but something about this quick witted, lively, engaging man suggests that may not be for another while!

With other speeches from the principal Ms. Nóirín Ní Mhaoldhomhnaigh, BoM Chairperson Mrs. Mary Noonan, Editor Ms. Shirley Fahey and a biography of Fr. O’ Dwyer by past principal Mr. Liam Bergin, formal proceedings were drawn to a close by Tankerstown National School Choir who were a spectacle of colour in all their festive finery. The school community were delighted to be joined by  Mattie McGrath TD, Cllr. Andy Moloney and Cllr. Michael Fitzgerald.

Afterwards, all retired to an adjoining room to enjoy mulled wine, tea/coffee and a whole host of delicious treats supplied by the school and parents of the school. According to Ms. Ní Mhaoldhomhnaigh, “The parents who gave so willingly of their time to make this event happen in so many different ways may never get individual public mention but they are so crucial to everything that happens in our school. We, as a staff, try hard to nurture our partnership with home through the year and it is so wonderful to turn around and see these people quietly supporting the school every way they can. As for the wonderful pupils and the fantastic past pupils who returned to sing with us- you are the perfect people to carry the baton on to our future generations. ”

The book is retailing at €20 and is available for purchase in Kathleen O’Connell’s Shop in Bansha while the limited stock lasts.