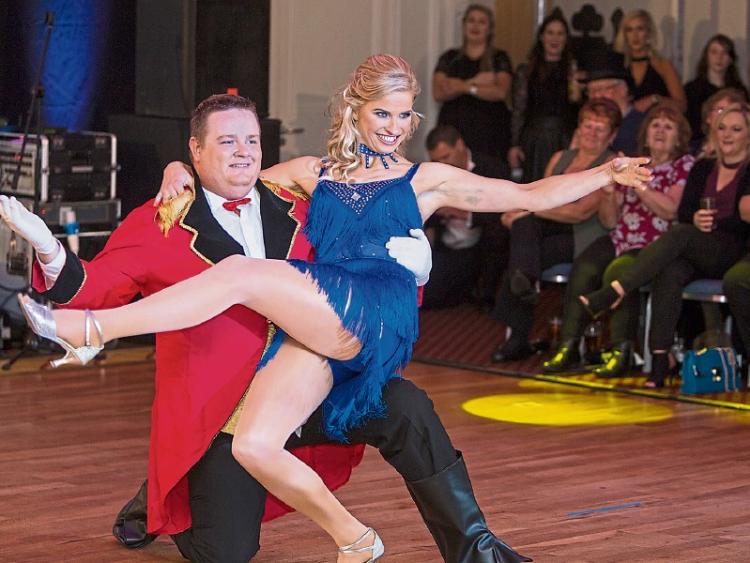 Jamie Keaty and Michaela Molloy performed in the charity event Boston's Got Rhythm.

Twenty eight dancers, all Boston Scientific employees, performed in front of an audience of over 500 people and raised €18,269 for their chosen local charity –  Friends of Bridgewater House and Knocklofty Rural Day Service.

Bronagh Fleming, a member of the event organising committee, thanked everybody who participated.

“A big thank you goes to all our performers, whose hours of practice under the guidance of Ruth Quinn resulted in a hugely entertaining night.  We had no idea that our colleagues were so talented and they put on a great show”, she said.

Laura Jacob, who also helped to organise the event added “All the dancers got a brilliant reaction. On behalf of the organising committee I would like to thank everybody who attended, to our judges and to anybody who supported in any way”.

‘Boston’s Got Rhythm’ was this year’s flagship charity event for the employees of Boston Scientific. Fundraising from the night, and from other events throughout the year will be used to purchase a new wheelchair-fitted minibus that will allow the Bridgewater House and Knocklofty groups to be far more mobile.

“Our Employee Charity is employee-led and operated.  We give one local charity our official support every year.  Any employee can nominate a charity to support.

From the shortlist of names all employees get to vote to select the charity that we will work with for the rest of the year.  The process is fully democratic and the charity with the most votes is supported for the next 12 months.”

These devices transform the lives of millions around the world and employees impact the lives of thousands closer to home through the Employee Charity.

Since Boston Scientific began operating in Clonmel in 1999 the team has volunteered thousands of hours and raised thousands more to fund, support and facilitate local programmes.

Boston Scientific employees have raised approximately €500,000 for a variety of local groups in the past 10 years.