UPDATE: Property damaged but nobody harmed in Clonmel fire 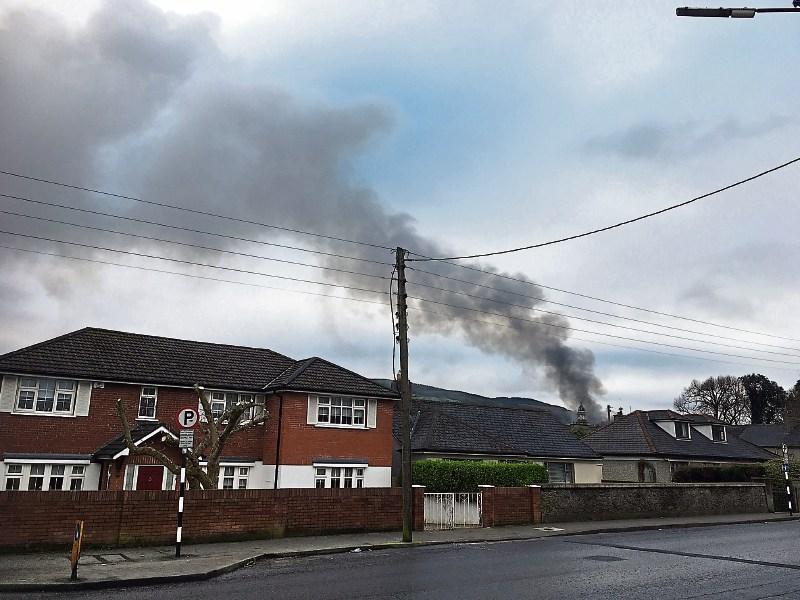 Smoke rising from the Irishtown blaze as seen from Queen Street

A fire that drew a lot of attention in the centre of Clonmel on Wednesday lunchtime took  ‘a couple of hours’ to make safe.

The blaze started in a shed behind a property in Irishtown, just to the right of St Mary’s Church, just before lunchtime.

Two units of Clonmel Firebrigade attended the scene as well as gardaí who were needed to keep passing traffic moving.

A Garda spokesperson told The Nationalist that they are waiting for a report into the blaze before a decision is taken on whether a criminal investigation is warranted.

The Fire Service confirmed that a shed at a back of a property was damaged in the fire. Two fire appliances attended the scene and quickly brought the blaze under control. However they then spent several hours at the scene ‘damping down’ the site.

The Fire Service also conducted a check on an adjoining storage building to ensure it was safe.

No people were reported to be at risk from the fire and the Fire Service confirmed there were no people invovled in their emergency work.