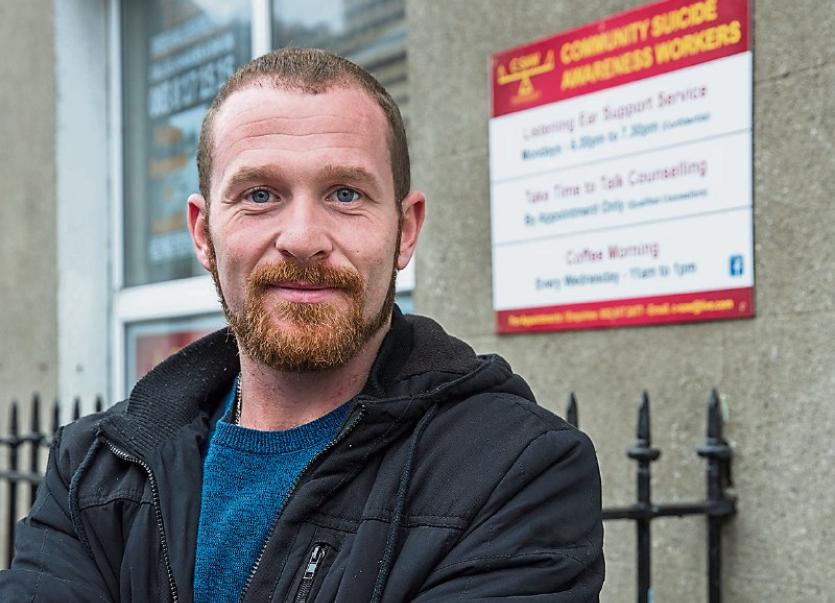 An international rower who has overcome numerous life challenges has appealed to people with mental health issues to avail of the support services that are available in their communities.

Thirty one year old Clonmel man, Kevin Wall, who attempted to take his own life in February 2013, has appealed to people  afflicted by mental health issues living in South Tipperary to approach  C-Saw(Community Suicide Awareness Workers), the voluntary suicide awareness and education group established in Clonmel over three years ago.

Kevin, who was born with cerebral palsy, has found himself in difficult places with depression and mental health issues over the years, but continues to fight each setback to get his life back on track.

At the moment, he is enjoying a four week break in Clonmel, before returning to Sydney where he is based.

Following his attempt to take his own life while living in Perth, he spent some time in hospital before returning to Clonmel to recuperate.He went back to Australia later that year and now has permanent resident status and is hopeful his current application for citizenship will be successful.

Following that experience he is now urging people who may have similar tendencies to speak to someone and to get help.

The former Clonmel Rowing Club vice captain, who has represented Ireland in the sport, is now focussed on fulfilling his dream of becoming a Paralympian for Australia in Tokyo in 2020.He just missed out on previous attempts to represent Ireland in London in 2012 and Australia in Rio 2016  and he is hoping Tokyo will prove third time lucky for him.

“I have had a lot of disappointments and setbacks over the last few years but I am determined to achieve my dream” said Kevin who started rowing at eleven years old.

Kevin has had  many setbacks of a sporting nature but his biggest challenge came came in 2013 when he attempted to take his own life while living in Perth.

A mechanic by trade, he was experiencing some difficulties in his personal life and was  being bullied at work.

“  The most important thing for anybody who finds themselves in the position I was in is to talk and that is how C-Saw comes in and how important it is to have such services in the community” he says.

He is full of praise for the work that C-Saw are doing in Clonmel and in communities throughout South Tipperary.

“They are doing fantastic work, it is a very valuable service. They save  lives. We should not be afraid to talk about mental  health issues, it should be as openly spoken about as other health issues. If that was the case it would be easier for people to go to C-saw and other services that are there for people with mental health issues,” he said.