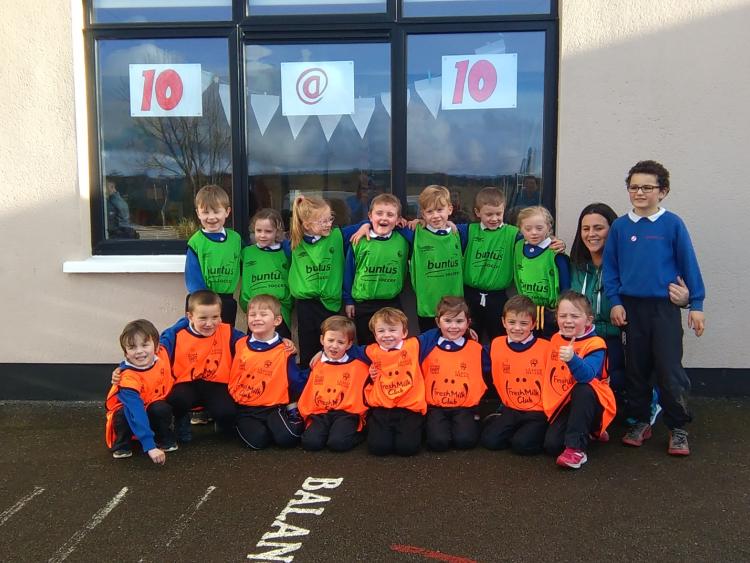 Need some inspiration to get fit? Look no further than the pupils of Gurtagarry National School in Toomevara who have been selected by RTE's Operation Transformation to help lead a nationwide fitness initiative for primary schools launched by the show later this month.
Last week the Operation Transformation team dropped by the school to film the kids in action as part of their ‘10 @ 10’ initiative which aims to get every school in the country moving for ten minutes of physical activity on Friday February 10 at 10am.
And Gurtagarry was certainly a fitting choice to help lead this new project given that the school are the current holders of three major sporting titles in the county. Last year the boys and girls of Gurtagarry saw off stiff competition to take county titles in athletics and hurling as well as cementing their status as a footballing force when the school team claimed their third successive county football title in November. Not bad for a school with only 56 pupils!
The school were selected to take part in the programme after teacher Ms Dunne sent an application form to RTE in recognition of all the hard work the pupils and coaches have been putting in on the sports field. Among some of the many activities on offer at the school are tennis, rugby, dance, soccer, swimming, basketball, running, athletics, yoga, hurling and football.
“It’s great for the school to be chosen and a bit of excitement for the students. We are a small school but our pupils work very hard both in the classroom and on the playing pitch and we are very proud to say we are the holders of three county titles,” said Principal Harty.
Sixth class pupil Ciara Brislane was equally thrilled to see the camera crew arriving explaining that each day brings a different activity to the playground. “We’re always active at break times and have training for our matches a few times a week. It’s made everyone a lot healthier in the school and our teachers encourage us to bring in healthy foods for our lunch,” she said.
Meanwhile parents and teachers were also put through their paces on Friday last by former Tipperary captain Tommy Dunne who was on hand to get the crowds jogging and jumping into action for the cameras.
Make sure and catch Operation Transformation this Wednesday and Thursday night on RTE1 at 8.30pm to spot the kids in action! 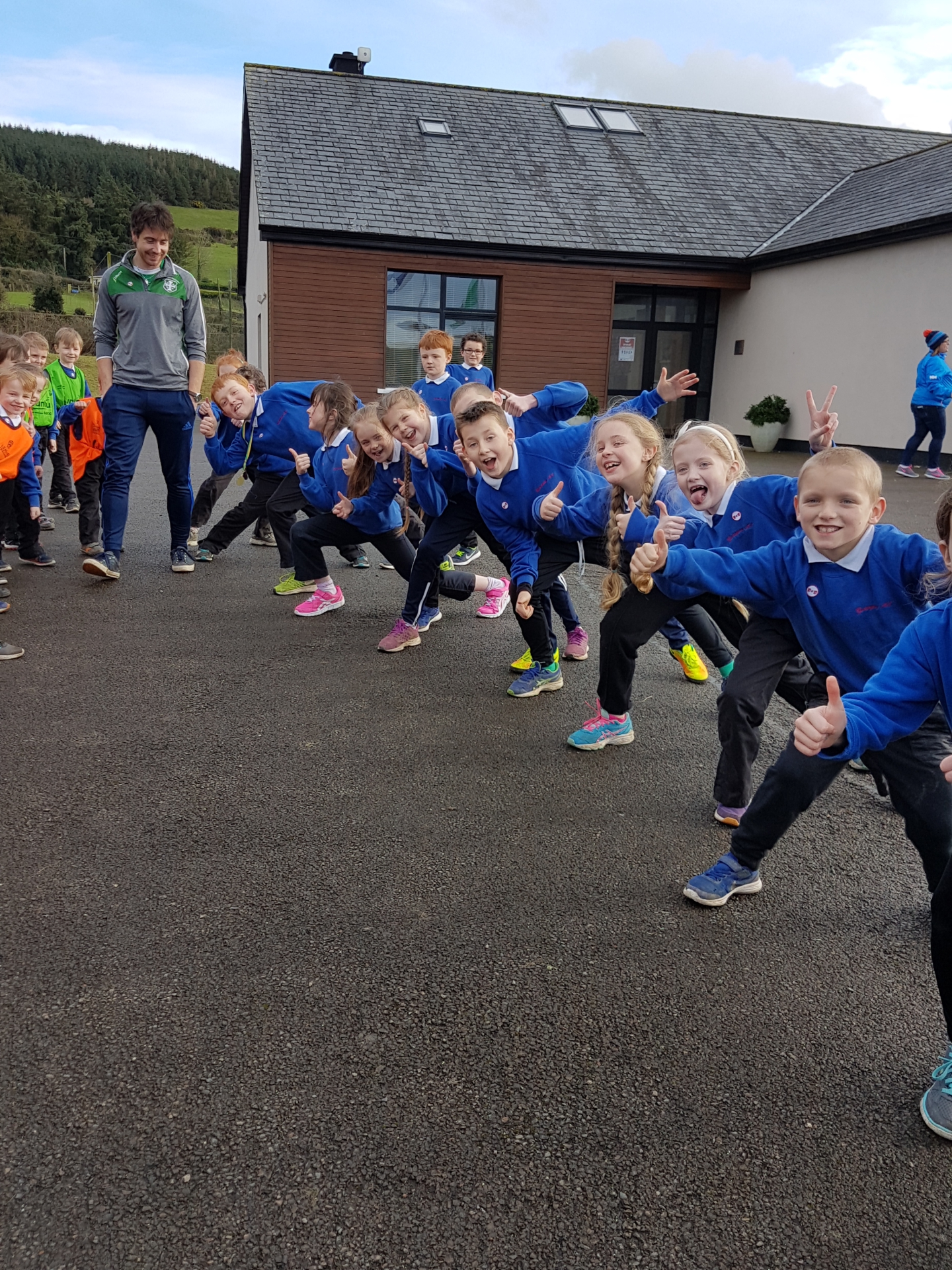