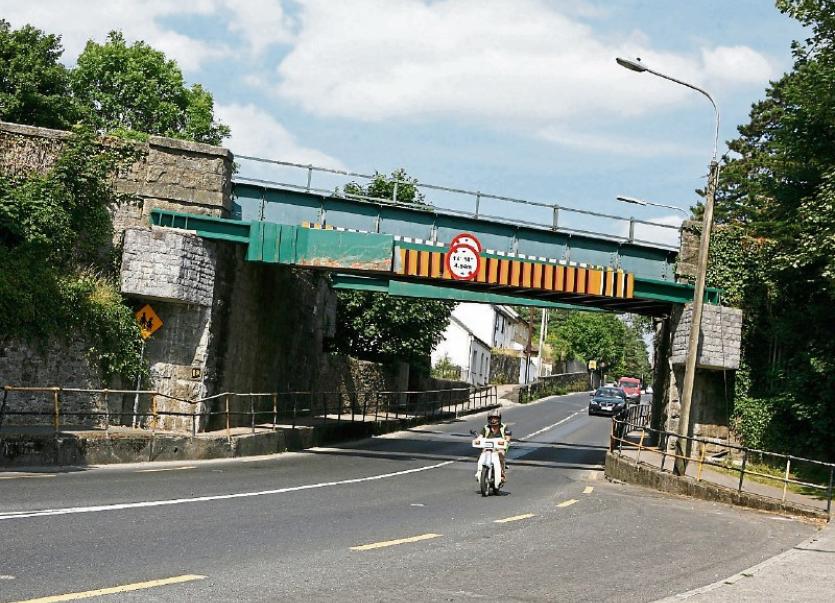 The Co. Council has been criticised for not having detailed traffic management and contingency plans ready yet for the  closure of the N24 Pill Road in Carrick-on-Suir for more than 4 days later this month while the height of an accident blackspot railway bridge is increased.

The FF councillor outlined a shopping list of traffic management concerns to the meeting that he wants the Council to deal with in advance of the Pill Road closure. And Cllr David Dunne (SF) highlighted that residents in Greenhill housing estate were unhappy that during the Pill Road closure a shuttle bus will ferry pedestrians from the Pill Road to the town centre via a private road linking Greenhill to Cregg Road.

The Pill Road Rail Bridge has been the scene of many accidents due to lorry drivers misjudging its height resulting in their vehicles striking the bridge as they pass through. Iarnród Eireann will replace the existing bridge with a new 5.03m bridge, almost half a metre higher, between February 22 and March 4.

Tipperary Co. Council announced before Christmas  the Pill Rd. will close during the mid-term schools break between 8pm on Wednesday, February 22 and 8am on Monday, February 27 to facilitate the project.

Mr Corby responded to Cllr Bourke’s expression of disappointment at the lack of detail in his report by explaining that the Council had just appointed a traffic management to deal with traffic diversions in the town during the Pill Road closure and he was meeting the firm after the Municipal District meeting. A detailed plan had been drawn up in relation to signage and the gardai had agreed to meet the Council.

He said the difficulties outlined by Cllr Bourke had all been discussed within the Council and pointed out it was planned to distribute information leaflets to residents and businesses on the Pill Rd and in  the town centre.

In relation to the access route from the Greenhill estate to Cregg Rd., Mr Corby stressed  it was only the shuttle bus service and emergency vehicles that will be allowed on this road. Private cars and pedestrians won't be allowed use it and security will be in place to ensure this.