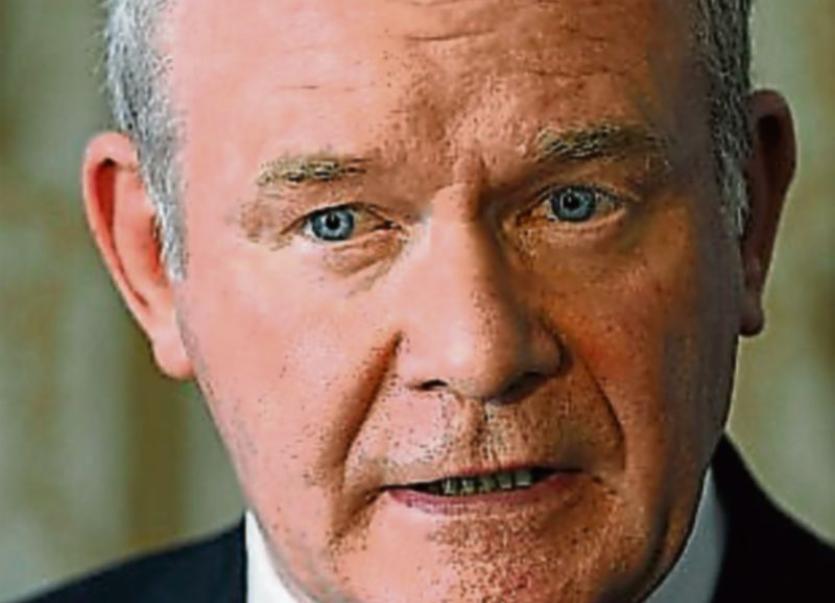 Martin McGuinness' nomination has caused “significant concerns” for members of a Co. Fermanagh based survivors’ group which supports victims of paramilitary violence.

Kenny Donaldson of the South East Fermanagh Foundation (SEFF) told the Tipperary Star that his group have written to the Tipperary Peace Convention requesting an urgent meeting.

“The response given by the Committee to date to individual victims and survivors has been totally ineffective, there has been no empathy demonstrated,” he said. “The committee has grossly underestimated the level of hurt present within those concerned.”

"This is no doubt the first in a series of nominations and potential awards that Mr McGuinness will have lavished upon him now that he has retired from elected politics".

"Martin McGuinness by his own admission was a PIRA 'commander'.

“He has serious questions to answer. The decision by those selectors within the Tipperary International Peace Award committee to nominate Martin McGuinness is not prefaced by context or an acknowledgement of the devastation that he and others caused within this society and right across this community,” said Mr Donaldson.

The victims’ group is seeking clarity on how nominations are made, such as are there particular categories of nominees who would not be considered appropriate to go forward to be considered for the award, and what consideration was given by the committee in respect of the possible impact the nomination of Martin McGuinness would have upon victims of PIRA terrorism? “In the promotional materials for the award, what references if any will be given to individual nominee’s past activities? Will there be contextual background provided? How will the winner now be chosen?”, added Mr Donaldson.

“In order to protect the independence of the process Tipperary Peace Convention does not enter into discussion on the merits or de-merits of any individual nominee who is shortlisted for the award. To do so would be to effectively compromise the eventual final selection process.

“We also wish to assure you that the final selection process will be one that is completely independent and fair and considerate of all aspects that one would consider worthy of being a recipient of the Tipperary International Peace Award. We are not in a position to comment any further in relation to the nomination process,” added Mr Quinn.