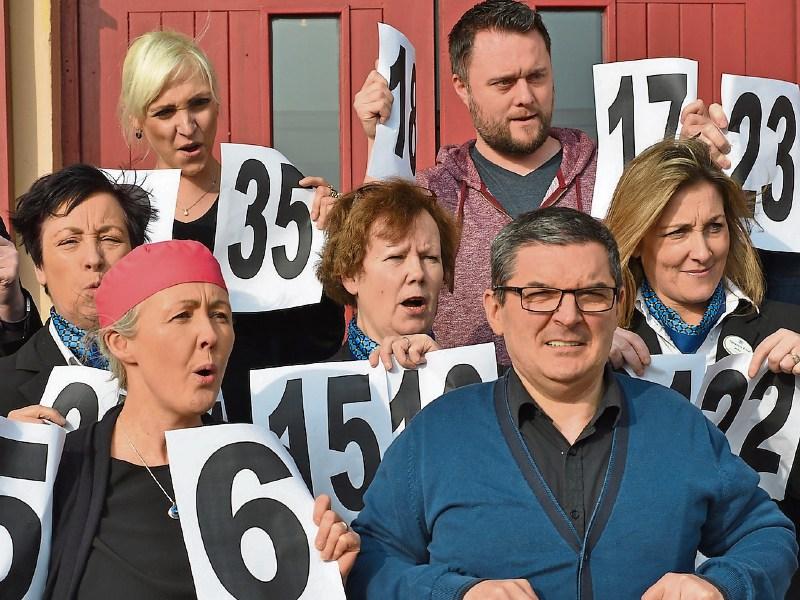 Public outrage has forced Tipperary County Council to reverse a plan to close the Excel Heritage Centre in Tipperary Town for six months.

The authority was set on  imposing the closure to accommodate the relocation of the town library at Dan Breen House  to the Excel centre.

Now in a decision taken on Tuesday afternoon as we went to press, it has emerged that the planned closure will not proceed and work on transferring the library will proceed while the Excel remains open.

Twenty part and full and part time Excel staff and nine staff at the French Quarter Cafe  were told last Thursday that the centre had to close and they would not be paid  for the six month period.

The move created ferocious anger with over 1,300 people signing a petition in protest at the move and an Excel Action Group was formed.

A blazing row erupted at Monday's meeting of Tipperary County Council when Cllr. Denis Leahy was prevented from raising the issue.

A private meeting between members of Cashel/Tipperary municipal council and officials was held  on Monday and another one was arranged for Tuesday.

That meeting, at 3pm  on Tuesday in Tipperary Town  , was attended by council officials, members of the municipal council and council architects.

Following the meeting a dramatic u-turn was agreed on.

“It is a huge relief, there will be no closure of the Excel” said Cllr.  Leahy who attended the meeting.

Action Group member Padraig Culbert said he still expected a planned protest march in the town for Saturday to go ahead as all trust in the Council  had broken down.

Mr Culbert, who opened the petition, said they were aware the library was relocating but  nobody was made aware of the 'vacant possession'  build  stipulation.

“It came as a complete shock as the County Council’s published tender specification requirements stated that the building had to remain operational during construction works. There has been no transparency. Trust has been broken and people can no longer believe assurances from the Council.  We await a fresh proposal that ensures continuity of business and employment at the Excel,” he said.

The Excel controversy caused a blazing row to erupt at a meeting of Tipperary County Council on Monday when Cllr.Denis Leahy was prevented from speaking on the issue.

Persistent attempts made by Cllr. Denis Leahy,supported by Cllr.Martin Browne , to raise the Excel closure at a meeting of Tipperary County Council on Monday were shot down by Chairperson Cllr.Siobhan Ambrose.

They were ruled out of order with Chairperson Ambrose stating that she would not allow the matter to be raised as it was an issue that should be raised at a meeting of Cashel/Tipperary municipal council, a meeting of which will not be held until Monday week.She insisted that the Excel issue related specifically to that district and it would be unfair to allow a full blown discussion at a County Council meeting.Members said €450,000 of county council money was being spent on the library and they argued that it was appropriate to raise the issue and have it discussed when all members of the county council and media were present.

Prior to the meeting a private meeting was held between council officials and members of Cashel/Tipperary municipal council.A further meeting, to be attended by the architect engaged by County Council on the library , was arranged for Tuesday(February 14th) to take place at council offices in Tipperary Town.

Following the county council  meeting Independent TD Mattie McGrath said the decision to rule a discussion on the Excel out of order at a meeting of Tipperary County Council was outrageous.

“With Tipperary County Council investing  €65,000 this year and last year in the Excel , never mind the fact that the Council will spend almost half a million in upgrading the facility to cater for Tipperary Town’s library service and that  staff will be temporarily made redundant, to say that it is not an issue for the whole County Council is astonishing and unprecedented” said Deputy McGrath.

Deputy McGrath said the Excel issue should have been opened up to a debate at a full county council meeting and he objected to a meeting held in camera attended by officials , selected public representatives with no media present.

“It’s unfortunately quite simple, democracy in Tipperary, since the amalgamation of both Councils, has and will continue to be eroded with officialdom taking over. In this regard, the use of in-camera meetings and workshops where the press are excluded are a total retrograde step”  said Deputy McGrath.