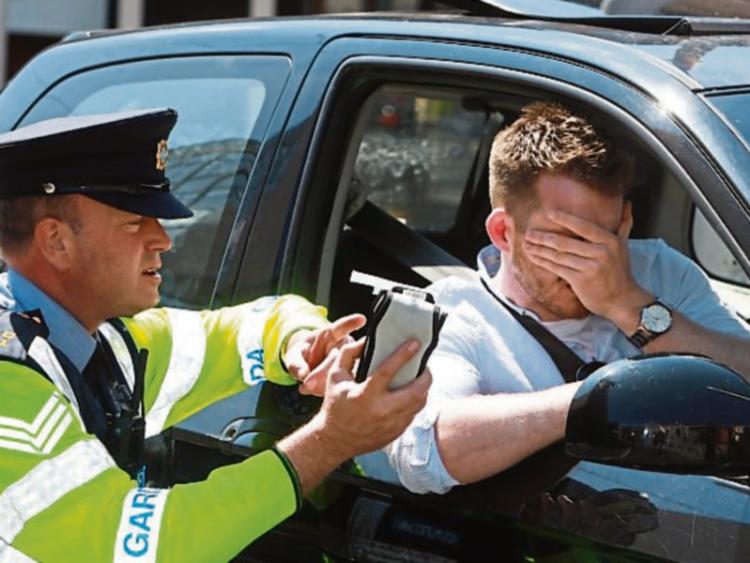 The Gardai are continuing their crackdown on drink driving around North Tipperary, with a further five motorists arrested in the past week on suspicion of being over the legal limit.

Among those arrested on suspicion of drink driving was a man driving a tractor at Ormond Court, Nenagh, at 4am on Sunday.

A male was arrested at Gaol Road, Newport, at 10.58pm on Thursday last.

The latest motorist arrested on suspicion of drink driving was a female driver who was arrested at Summerhill, Nenagh, on Sunday at 6.30pm.

Meanwhile, there has also been a spate of burglaries and attempted burglaries in the Nenagh Garda Division over the past week.

In Roscrea a man is being quizzed for attempted burglary after he was found trespassing in the yard of the local Garda barracks at 2.15am on Thursday last.

Gardaí are also investigating what appears to have been an attempted burglary at a house in Brookwatson, Nenagh, on Saturday last. The front door was forced, causing €20 worth of damage.

Gardaí are investigating what appears to have been an attempted break-in to a house in Latteragh on Wednesday of last week. Damage, estimated at €100, was caused to the outside of a kitchen window.

Perfume worth €60 was stolen from Ryan's Pharmacy in Pearse Street, Nenagh, at 11.15am on Thursday last.

Gardaí in Newport are investigating the theft of a car from the Cill Phadraigh estate in the town on Sunday or the early hours of Monday.

A male was arrested for a suspected breach of public order in Pearse Street, Nenagh, at 1.25am on Sunday last. In Bulfin Crescent, Nenagh, the back door panel of a car was damaged sometime between Saturday and Sunday. The damage is estimated at €50.

In Rearcross a window to the local pub, The Rising Sun, was broken on Sunday, causing €100 worth of damage.