Nenagh urged to come out as parade puts spotlight on town 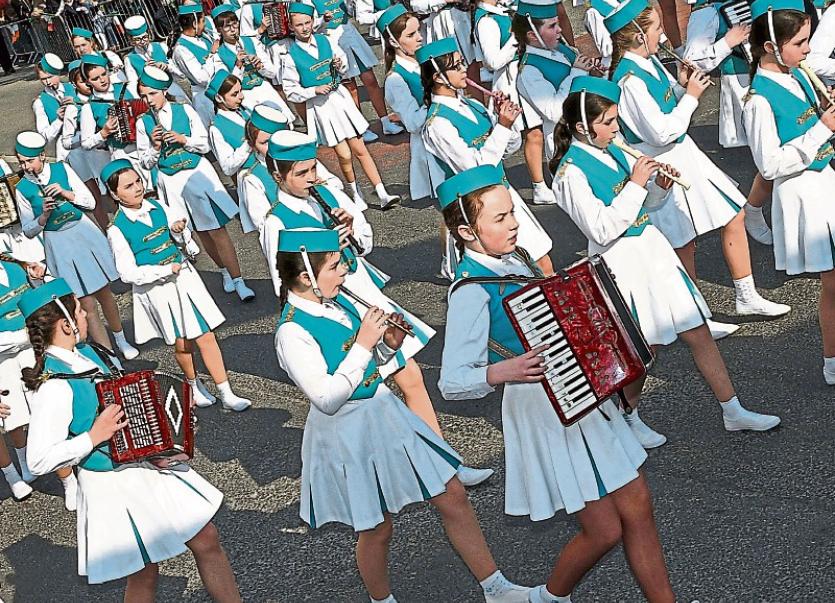 Nenagh traders and businesses are being encouraged by the town's Chamber of Commerce to get involved in this year's St Patrick's Day parade.

Thousands of people lined the streets of Nenagh last year for the colourful spectacle and Denis Finnerty, Chamber president, is calling for people to get involved in the annual showcase.

“It's a very good day. The weather has been good to us for the past number of years. Anything that showcases the town is good,” he said.

Meanwhile, Mr Finnerty is calling on people to come out and support the town traders this Saturday when they celebrate St Valentine's Day and the week of love.

“This Saturday there will be a Love Your Town day as a follow-up to St Valentine's Day,” he said. “There will be facepainting and music and we are encouraging people to come out and have a look,” he said.

The Kenyon Street pharmacist was echoing a call by Cllr Hughie McGrath of the Nenagh St Patrick's Day committee urging community and voluntary groups as well as sporting organisations to take part in next month’s parade, which, will once again be held on the day itself, Friday, March 17.

“The committee is delighted with the support coming from the locality,” he said.

The parade is run with the support of Nenagh Municipal District Council and Tipperary County Council, and Cllr McGrath thanked Nenagh MDC for ensuring that the eighth consecutive parade can be facilitated in 2017.

Cllr McGrath restored the annual parade following a six-year absence during his first term as Mayor of Nenagh under the former Nenagh Town Council.

The parade will feature a mix of bands, vintage motors and farm machinery and floats with entries coming from the town and surrounding areas. There are also plans for street performers, art displays, and facepainting.

Cllr McGrath said that Nenagh will be looking its best on the day, with flags and bunting, and shopkeepers are again being encouraged to have their premises looking extra colourful and festive as they have in past years.

“We had a great array of entries in last year’s parade, representating interests from music and dancing to art and motors, sports, food, serious and humorous displays, all firmly establishing Nenagh as the place to be to celebrate St Patrick’s Day,” said Cllr McGrath.

He urged participating groups to be creative with their floats as business had the potential to reach 7,000 people along the parade route from Summerhill to the railway station.

The committee is inviting entries and appealing for volunteers to help on the day.

Entry forms can be downloaded from the Nenagh Municipal District Council website at www.tipperarycoco.ie or by contacting Cllr McGrath on 087-2559323.