It was lights, camera, action for members of Down Syndrome Tipperary last week after a film crew from RTE stopped by to film an episode of Nationwide ahead of World Down Syndrome Day.

Excitement was palpable as the camera crew paid special visits to Clonmel, Cashel and Kilcommon to shine a spotlight on the services and commitment shown from the Down Syndrome Tipperary team.

During their whistle stop tour of the county, cameras met the handsome Keane brothers from Ardfinnan who had the audience wrapped around their fingers alongside proud parents Anne Marie and John. Last year Conor and Cian's older brothers Joe and Eoin received a national award for their dedication in helping the twins with their speech and language therapies and physio.

Next it was onto the Down Syndrome Tipperary centre in Cashel which acts as a meeting place for families with Down   Syndrome children and currently   provides support to 20 families across the county. This centre is entirely run by volunteers and provides vital supports such as speech and language facilities, reading groups, self esteem classes, feeding therapies and home tuition. 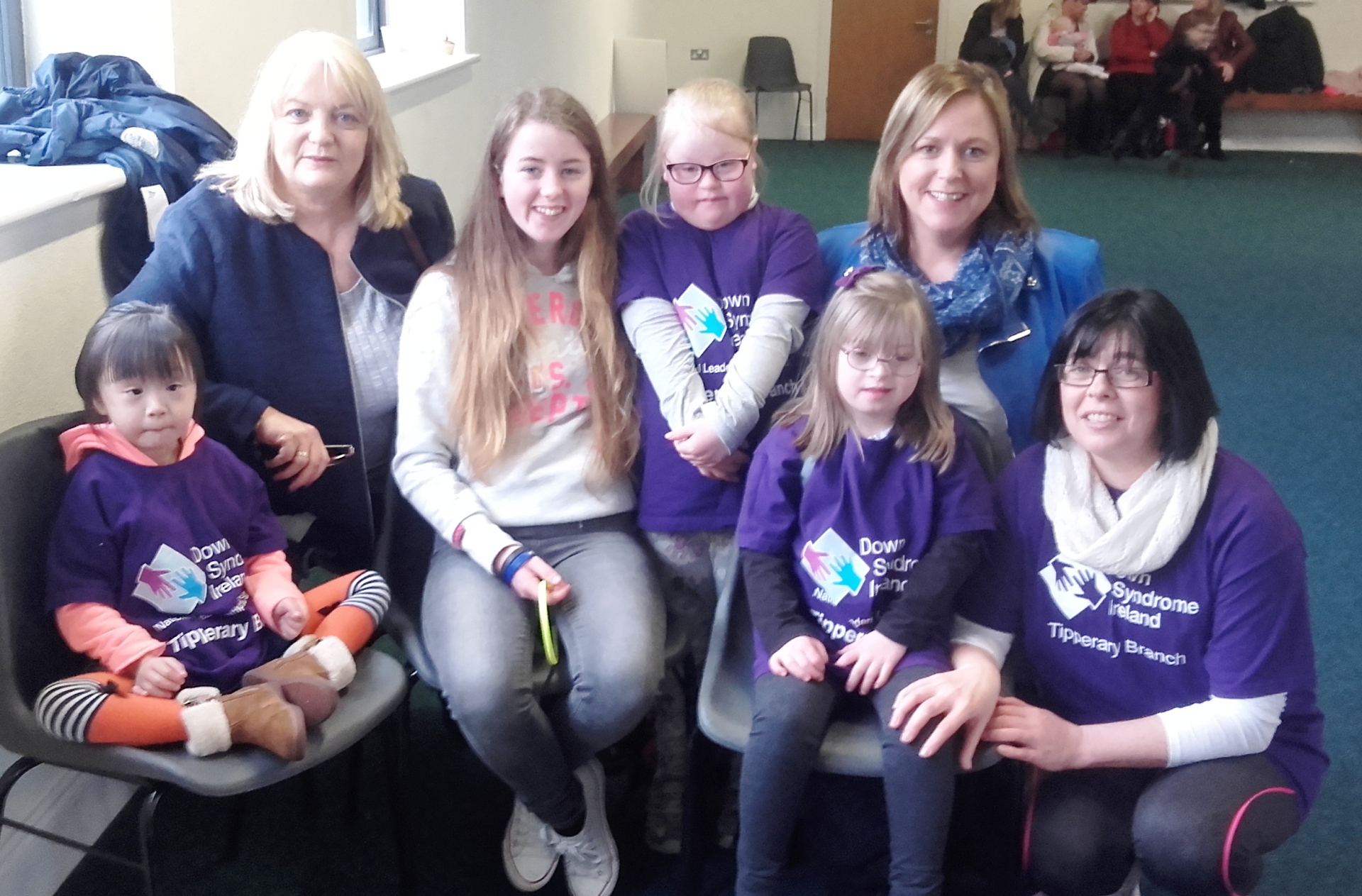 "It was a fantastic day and gave our branch the opportunity to show everyone the facilities and support that are on offer in Tipperary," explains DST branch coordinator Sandra Poyzer who was also the powerhouse behind bringing the RTE team to Tipperary.

Finally the crew landed in Kilcommon where they were shocked to be greeted by huge crowds of well wishers and supporters who made their way to the GAA field to support nine year old Aoife Poyzer who is busily preparing for the Purple Run in the Phoenix Park later this month.

Such was the volume of people present there was little more than standing room in Sean Treacys GAA Clubhouse and after  filming had ended presenter Helen McInerney said the huge crowds that turned out to cheer Aoife on ‘took her breath away.’

And Aoife has certainly been taking her training very seriously heading out several times a week with her mum Sandra to walk, skip and jump in preparation for the Dublin 5km run.

“Thank you to everyone who came out and helped make the day so special. We can't wait to see ourselves on the silver screen,” added Sandra.

This year DSI is encouraging everyone to ‘Run with us, not for us’ as the event is a celebration of people with Down syndrome in Ireland. The Purple Run will take place on Saturday March 25th at 11am, in the Phoenix Park, Dublin.

To register for the Purple Run and find out more information on Down Syndrome Ireland, please visit www.downsyndrome.ie or find them on Facebook and Twitter.