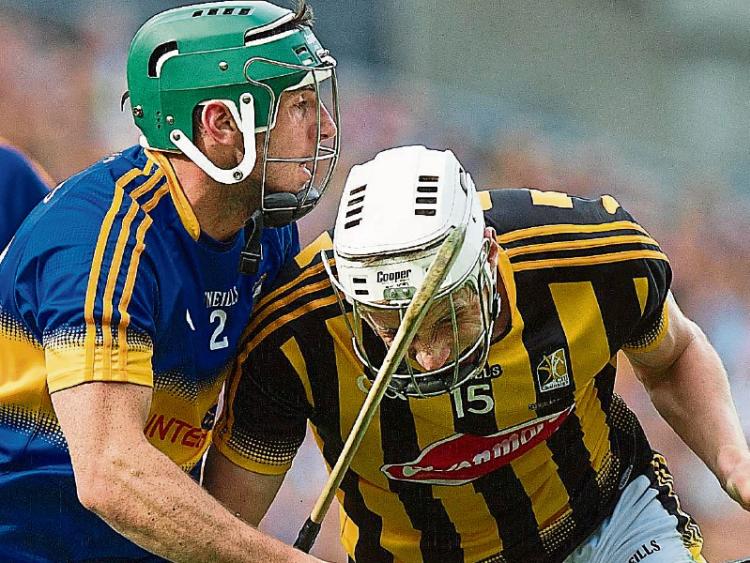 The two greatest rivals of the modern era produced a classic at Semple Stadium and after 72 pulsating minutes they still couldn't be separated.

This was a league game to match any. It had everything - wonderful scores, compelling action and players on both sides to grace the wonderful game.

It ended Tipperay 2-17 to Kilkenny 3-14 but the scoreline doesn't reflect what happened between the first minute and the last. The game had everything and in the end a draw was probably a fair result.

And even though the point secures a quarter final berth for Tipperary, they will probably  be more disappointed.

They led for most of the game until Killian Buckley puts the Cats ahead four minutes from time.

It was looking anxious for Tipperary until Steven O'Brien hit the leveller. But it was Tipperary who had the better chances in the final minutes and some uncharacteristic wides meant they had to share the spoils rather than maintain their one hundred per cent record.

But Kilkenny haven't gone away despite their All Ireland final defeat to Tipperary and a poor league campaign to date, despite last week's first win over Cork. In a game where they needed big names, TJ Reid hit three goals, two from unstoppable penalties, while Richie Hogan put in a huge second half.

But All Ireland final man of the match Seamus Callanan put in a display that Tipperary needed and hit some fabulous points, while Padraig Maher, John McGrath and Niall O'Meara all impressed.

John McGrath's goal in the second minute was the game's first score and perhaps signalled what was to follow for Tipperary. But the reply was immediate from Kilkenny with a goal from a TJ Reid penalty.

Tipp still looked the stronger team in the first half, maintaining a decent lead and turned over at half time with a four point advantage, 2-11 to 2-7.

The second goal came from Niall O'Meara but again Reid cancelled that out.

The action and intensity never waned in a pulsating second half that had the 14,000 plus crowd under lights at Semple Stadium on the edge of their seats.

The action was compelling with some of the play breathtaking. It's only March but neither side wanted to bow the knee - Tipp mustard keen to keep their edge over Kilkenny;  the Cats as anxious to show that they are still a force.

As the game hit the business end, and Tipp held a three point advantage, Reid's third goal levelled it and the Cats' tails were up. Ronan Maher from a free edged Tipp ahead again but Richie Hogan levelled. Then in the 66th minute Buckley put Kilkenny ahead for the first time and they had chances to extend the lead.

But they didn't take them and Steven O'Brien levelled with time running out. But there was still time - and chances - for Tipp but some wayward shooting, and the woodwork, kept the scoreboard idle.

But what a game!