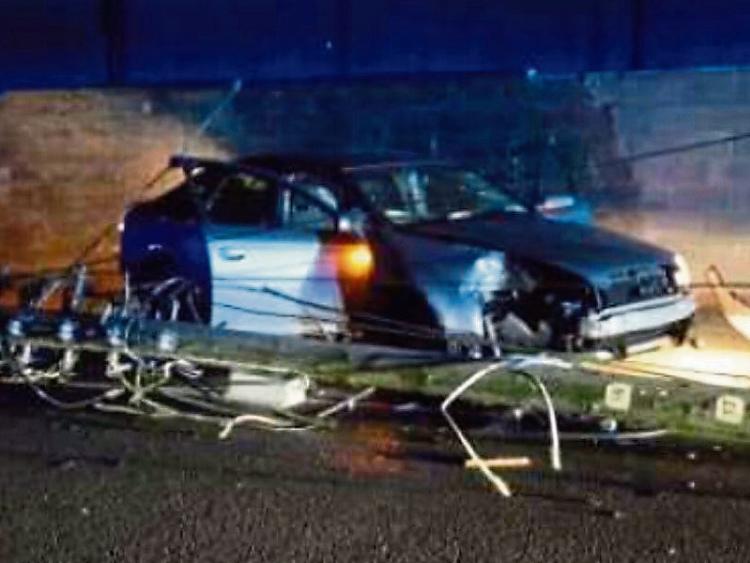 A picture of the accident scene on the Cashel Road in Clonmel.

An estimated 60 homes in Clonmel are still without electricity this morning after a car collided with an ESB pole in the town last night.

The accident happened outside the Dr Pat O'Callaghan Sports Centre on the Cashel Road in Clonmel shortly before 10pm.

The Cashel Road was closed from the Cashel Rd. Roundabout to Baron Park for a period of time after the crash.

The ESB reported that about 120 homes mostly in the Cashel Road and Baron Park areas of Clonmel that are served Ard Gaoithe sub station were without electricity following the accident.

"We despatched repair crews immediately, who made the site safe and restored power to about 60 homes. They have been working again since first light to restore power to the remaining 60 homes," said an ESB spokesman.

The ESB estimates power will be restored to these homes by 4pm today (Tuesday).