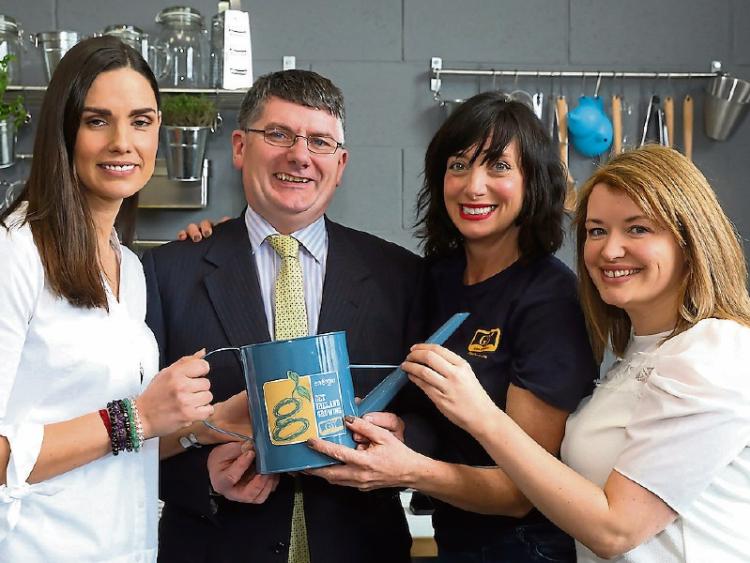 Cashel’s Scout Troop are one of three groups to receive a major boost as ‘Energia Get Ireland Growing’ awards funding for 85 Community Groups nationwide.

The Get Ireland Growing Fund run by GIY (Grow It Yourself) in partnership with Energia have announced the winners of the grants from a fund of €70,000 for 2017. Grants will be awarded to the successful food growing projects planned by community groups, schools and not-for-profit organisations all across the country.

The teams behind 85 community projects are all being granted with funds for their unique plans, with funding amounts ranging from €500 to €2,000.

In Tipperary a funding award goes to the Cashel Scout Troup. The team there says: “We want to create a garden with an area for insects - flowers, bug hotels and bee friendly plants; and area for scents and an area for food - salads, beans, courgettes etc. Our garden area is an abandoned front garden of a derelict urban cottage measuring approximately 20m x 5m with the back aligned to the cottage, the front facing the public road and directly opposite the scout hall.”

Funding award also goes to the Our Lady's National School Garden. The team there says, “As a small, rural Deis school located in the village of Ballingarry, we have a space allocated for our school garden but our garden is sad and in need of renovation. We plan to provide CPD training for staff, build new planting spaces and repair the existing beds, incorporate bird boxes and insect hotels to encourage wildlife, have class group and communal growing spaces and use recycled materials as much as possible, in line with our current Green School flag. It is hoped that the school garden will become an extension of the classroom and a valuable learning space. We hope to involve the parents and extended school community as much as possible in the creation and upkeep of the garden. The garden will be used as a tool to teach gardening and growing skills to adults and children and produce from the garden will be cooked with. The garden will also encourage more wildlife and will be a beautiful space in the community.”

Funding was also announced goes for GIY Clonmel. The team there says, “Planters to be made by local men's shed, filled with compost and edible plants will be placed outside a community building within the town. It will increase awareness of the public to our group and to the simple way in which food can be grown at home even in limited space. Signage will identify the plants and the way they are grown, as well as providing nutritional information.”

Commenting at the awards ceremony, the founder of GIY Michael Kelly said, “We are delighted to award the recipients of the 2017 Energia Get Ireland Growing fund. Today is one of those dream days at work where we help 85 community groups from all across Ireland to get their food growing initiatives underway. The number of applications we received this year has been the highest amount ever received; these motivating and creative plans, which have been outlined will have real impact for people in parishes, towns, villages and cities across 31 counties. These types of projects usually struggle to find funding and supports and we are very pleased that GIY in partnership with Energia can now support these groups to grow food in their own communities.”