Happily ever after for Tipp couple thanks to organ donor 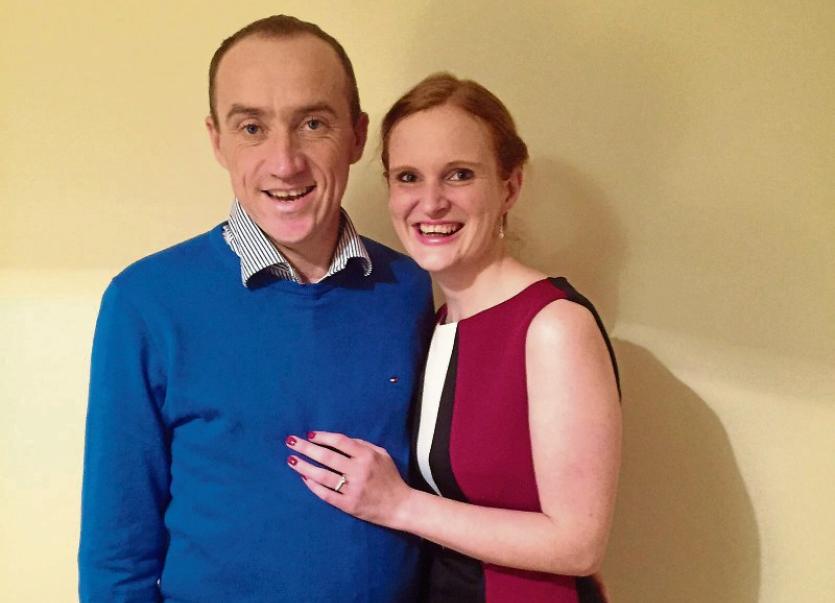 A Tipperary man  is looking forward to getting married next year after he was given a new lease of life in a kidney swap operation which followed 12 years of gruelling dialysis treatment.

Thirty eight year old John Paul Jones from Nenagh and his determined aunt, Tina Fletcher from Roscrea, were involved in a paired exchange kidney transplant operation in Coventry in the UK which took place on September 30, 2016.

Several members of John Paul’s family had put themselves forward for assessment at Beaumont Hospital to be living donors but they were deemed incompatible.

Undeterred John Paul’s aunt, Tina Fletcher, a mother of two from Roscrea, decided on the suggestion of medics at Beaumont Hospital, to enter a paired exchange programme in the UK.

Paired exchange essentially provides for a pair, which includes an incompatible willing donor and a patient in need of a kidney transplant, whom they have an emotional attachment with (such a spouse, friend or relative), to be assessed for suitability to swap kidneys with two strangers who are also in the programme. The programme runs over four cycles in the year.

It was third time lucky for John Paul and Tina when the third cycle last September resulted in a successful paired exchange between them and two strangers, who they were told were from Manchester. Their hopes had been dampened after being called for the first and second cycle but the paired exchange kidney transplant operations could not proceed.

When John Paul was 16 years old a virus was detected which attacked his kidneys. He led a typically young life up until he turned 20 when his kidneys failed and he quickly progressed to dialysis treatment.

Fortunately he had to undergo three times weekly hospital dialysis for just 7 months until a suitable deceased donor kidney transplant came along in June 2000. He is quick to express his gratitude to his deceased donor as he was given 4 years away from dialysis treatment until, once again, his kidney function failed but this time his wait for a transplant was to be much longer - almost twelve and a half years – until his loving aunt stepped in and donated one of her kidneys to a stranger so that he could secure a compatible kidney donor transplant.

John Paul Jones can now look forward to a brighter future and after proposing to Teresa, his teacher girlfriend, in December, they are now making plans for their wedding in June 2018.

Freelance journalist John Keogh, From Thurles has been undergoing dialysis treatment since November 2015. He is grateful for the quality of life he previously enjoyed for 24 years thanks to a deceased donor kidney transplant before his kidney function failed.

John now travels to Limerick General Hospital for haemodialysis treatment which he undergoes three times a week for four hours at a time. Initially he found it difficult to adjust but now its just part of his routine and for much of the time it works well for him but he feels a transplant would make a drastic improvement to how he feels, it would allow him more freedom away from the routine of dialysis and he could travel more.

Married to Tracy, he lived in the USA for 5 years where his step daughter lives. He was disappointed not to get medical approval to allow him to travel to the US last year for her wedding.