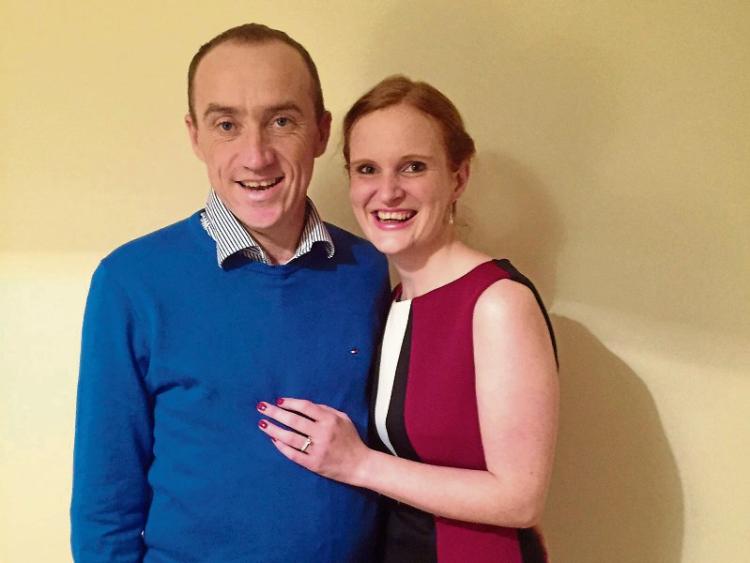 A Nenagh man is looking forward to getting married next year after he was given a new lease of life in a kidney swap operation following 12years of dialysis treatment.

John Paul Jones, 38, and his aunt, Tina Fletcher from Roscrea, were involved in a paired exchange kidney transplant operation in Coventry last September 30.

This Saturday marks Kidney Donor Week, and some of those in Tipperary have been telling how a transplant has literally changed their lives.

Several members of John Paul’s family had put themselves forward for assessment at Beaumont Hospital in Dublin to be living donors but they were deemed incompatible.

Undeterred Ms Fletcher, a mother of two, decided on the suggestion of medics to enter a paired exchange programme in the UK. Paired exchange provides for a pair, which includes an incompatible willing donor and a patient in need of a kidney transplant to whom they have an emotional attachment, such as a spouse, friend or relative, to be assessed for suitability to swap kidneys with two strangers also in the programme.

Last September resulted in a successful paired exchange between them and two strangers from Manchester.

When John Paul was 16 years old a virus attacked his kidneys. He led a typically young life up until he turned 20 when his kidneys failed and he quickly progressed to dialysis treatment. Fortunately, he had to undergo three times weekly hospital dialysis for just seven months until a suitable deceased donor kidney transplant in June 2000.

He is grateful to his deceased donor as he was given four years away from dialysis until, once again, his kidney function failed but this time his wait for a transplant was to be much longer - almost twelve-and-a-half years – until his aunt stepped in and donated one of her kidneys to a stranger so that he could secure a compatible kidney donor transplant.

John Paul can now look forward to a brighter future and after proposing to Teresa Hogan, his teacher girlfriend, in December, they are now making plans for their wedding in June 2018.

Meanwhile, four times kidney transplant recipient Orla Hogan Ryan from Ballycommon, Nenagh, has not allowed kidney failure stand in her way of sporting success. Orla was presented with a Annerville Special Achievement Award in Clonmel this February in recognition of her outstanding success at the European Transplant & Dialysis Sports Championships in Finland last summer in which she won two silver medals and a bronze. Orla has received two living donor transplants from family members and two deceased donor transplants. Orla is not the only sporting winner in her family as her dad, Seamus, won an All-Ireland medal with Tipperary in 1971.

Free information fact files, which accompany organ donor cards, are obtainable from the Irish Kidney Association and are available nationwide from pharmacies, GP surgeries and Citizen Information Offices. Organ Donor Cards can also be obtained by phoning the Irish Kidney Association, LoCall 1890-543639, or Freetext the word DONOR to 50050. Visit website www.ika.ie It is now possible to store an organ donor card, the ecard on Smartphones. Simply search for Donor ECard at the IPhone Store or Android Market Place.