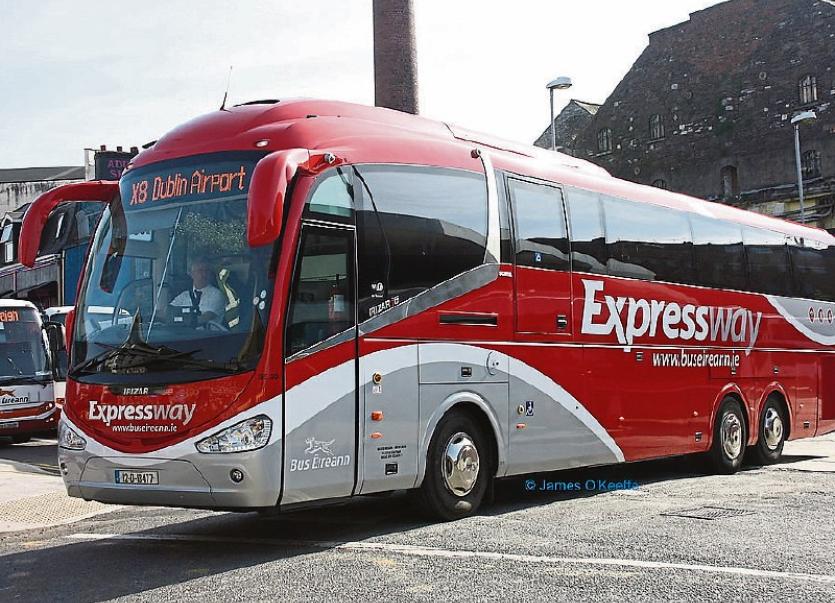 Bus Éireann is to close its X7 Clonmel to Dublin bus service from this Sunday, April 2 as the strike by the company's workers continues with Irish Rail and Dublin Bus workers now set to be balloted for industrial action.

South Tipperary has been without Bus Éireann bus services since the strike over cuts to workers' pay and conditions as well as the axing of several bus routes began last Friday.

Private bus companies operating in South Tipperary have experienced a significant increase in business since the strike broke out.

Paul Kavanagh of JJ Kavanagh & Sons Buses reports there has been an 15% to 20% increase in the number of passengers using their seven daily bus services between Clonmel and Dublin since the strike began last Friday. He said they were delighted with the extra business.

The new date for the withdrawal of Bus Éireann's X7 service, which operates 8 bus services daily between Clonmel and Dublin, was announced by acting chief executive of Bus Éireann Ray Harnan in a letter to staff last week ahead of the outbreak of the strike.

The National Bus and Rail Union's ‘Save our Bus Service’ (S.O.B.S.) campaign will feature at the meeting with Bus Éireann driver Mark Fitzgerald addressing the meeting about the bus routes facing closure.

Independent Clonmel TD Seamus Healy, who has visited the Bus Eireann workers on the strike picket line at Clonmel Rail and Bus Station to show his support for their industrial action, has called for a big turnout to the Save Our Bus Service public meeting in Carrick-on-Suir.

"The Clonmel-Dublin and Carrick on Suir - Dublin Bus Services have now been abolished by management and we must ensure that these services are reinstated immediately," he declared.