'It's important to recognise the significance of local news' - John Lonergan 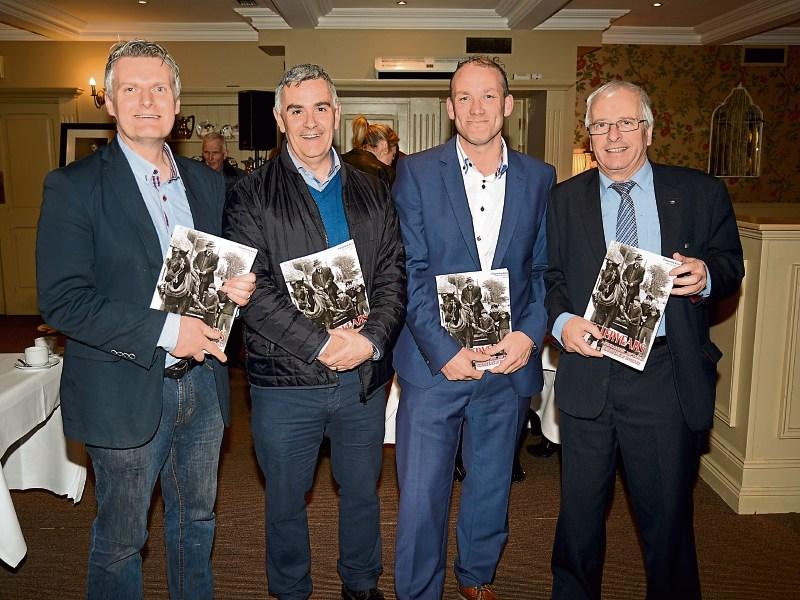 A century of life, joy and memories spanning every decade back to the 19th century, is showcased in the Tipperary Star’s new production ‘Yesteryear, a Photographic Trip Down Memory Lane in Tipperary’, launched in the Anner Hotel in Thurles on Monday evening.

Tipperary Star Editor Anne O’Grady told guests that the 164 page book of photographs capturing glimpses of life as it was in the Premier County over 100 years, “is a nostalgic look back through time at the characters and landscapes in Tipperary throughout the decades.”

Special thanks went out to local historian, collector, and author Brendan Treacy from Nenagh, who furnished the ‘Star’ with a unique and valuable collection of photos, and to writer, photographer and academic Seamus J King of Cashel, whose collection recalled the essence of Cashel’s long and storied past. Thanks also to former Tipperary Star employee Brendan O’Connor of Thurles, whose generosity made ‘Yesteryear’ possible.

Guest speaker, Bansha native, and former Governor of Mountjoy Prison, Mr John Lonergan, said the production brings to mind how fast the pace of change has been for recent generations. People who grew up in the 1940s, ‘50s and ‘60s have had to undergo the greatest period of change in human history, said Mr Lonergan. “If you go back to the 1930s, they have lived through phenomenal change. It’s unbelievable that, even in my youth in Bansha, you had to plough a field with a horse, with a single plough. It took days to turn over one field, or milking cows by hand.” But while technology has revolutionised how we work and communicate, it hasn’t always led to an improvement in how we relate to each other. “No era was ever the perfect era. When you look back, there were lovely things in the 1940s and 50s, and there were horrible things. The same way as it is now. From a human perspective today, the big thing is human contact. Technology has now taken over, people are texting but they’re not talking together, they’re not sharing together. There’s very little visiting to homes. A big thing about that era was sharing things, firewood, milk. Life was a lot more relaxed.”

Only a generation ago, a trip to Dublin was considered an extravagance, now flights to other continents are commonplace. But the fast paced hectic life doesn’t necessarily lead to more enjoyment. “I always remember what the Gooch said after winning an All Ireland. When asked did he enjoy it, he said ‘to tell you the truth I didn’t, because there was so much pressure on to win’. People are still social creatures, we need human contact, to talk and to listen. ”People can take pride in our achievements, and the progress we have made, said Mr Lonergan. And the local paper has been central to that. “It’s important to recognise the significance of local news and that it just doesn’t happen. People have to work hard to create and deliver that quality.”

‘Yesteryear, a Photographic Trip Down Memory Lane in Tipperary’ is the perfect opportunity to take time out from a busy day, and to just sit, peruse, imagine, and reflect on how life has changed through the generations.