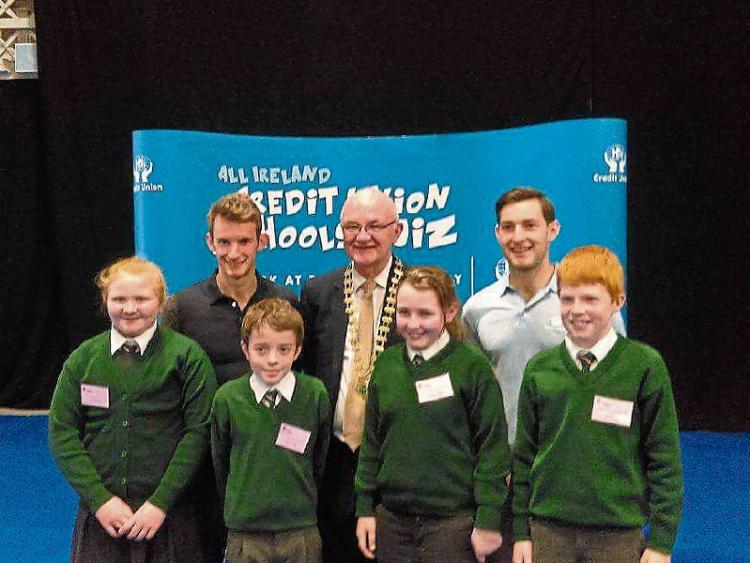 Carrick-on-Suir Credit Union and Rathgormack National School was represented at the All Ireland Credit Union Quiz Finals in the RDS, Dublin on Sunday for the second year in a row.

The U-13 quiz team of Eimear Skehan, Bridget Kennedy, Oscar Brunnock and Adam Murray represented the school once again. They qualified from two quiz competitions in the Carraig Hotel in February followed by the Credit Union Chapter 10 qualifying stage in the Park Hotel, Clonmel on March 5.

The National Final in the RDS was a great occasion for all those who took part. Master of Ceremonies was radio and TV personality, Aidan Power, and all of the boys and girls enjoyed a festive atmosphere when the event got underway from 10.30am.

One of the big surprises was the visit of Ireland’s Olympic rowing silver medallists Gary and Paul O’Donovan, who offered words of encouragement to all of the teams nervously waiting to take part in the quiz

The Rathgormack NS team competed in the U-13 competition B, along with 49 other teams. There was 12 rounds of six questions per round. Rathgormack NS team did their teachers, parents, families and community proud by finishing joint 13th, only a mere 5 points off the lead.