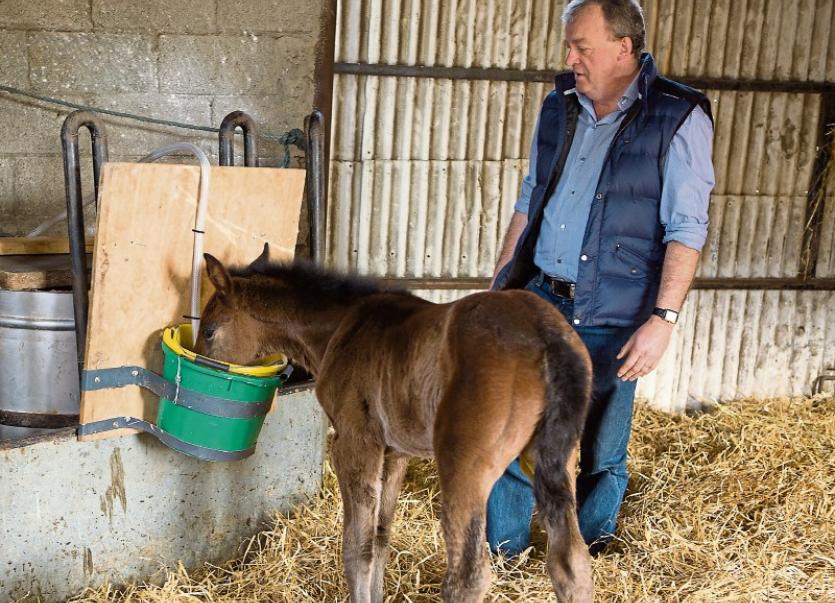 A foal who was rejected by its mother has been rescued by an ingenious horse breeder who developed an automatic feeder system to  feed the animal round the clock for the past two weeks.

Brendan Maher from Ballysloe was at his job with Glanbia when he first  received a call from his wife to say one of the mare's  had foaled but was not bonding with the newborn animal.

Despite intervention from the local vet, the thoroughbred mare by Brian Boru would still not allow her  foal, who is by the RID  Gortfree Hero, to feed and time was running out of time to get the first vital feed of colostrom.

“The horse was kicking the poor foal every time it went to feed. A foster mare would cost me €1,800, which is very expensive, and there was no way we could leave them together so we said we'd try rearing Gilly ourselves,” explains Brendan to the Tipperary Star.

Running out of time and options Brendan made a last ditch call to Michael Raleigh and Ginny Hutton at Coolmore Stud at  10pm on the Sunday night, hoping  the farm would have a supply of colostrom on standby he could use.

Brendan then fitted a lamb teat to a bottle and fed the newborn foal  a half litre of Colostrom every hour for four  hours.

After this Brendan was able to give Gilly   milk replacer increasing the amount to a half litre per hour for 24 hours, gradually increasing to one litre every two hours. After two days Brendan introduced the animal to bucket feeding.

“When the foal got used to this method of feeding I then fixed the bucket to a solid structure  and continued feeding with one litre every two hours.”

However by the fourth day,  Brendan, along with the help of his son and a friend, were able to fit an old calf feeder with an automatic  timer to a  pump and deliver Gilly's breakfast, dinner, lunch and snacks.

Their plan turned out to be a great success with Gilly heading straight for the container every time she heard the machine start up. 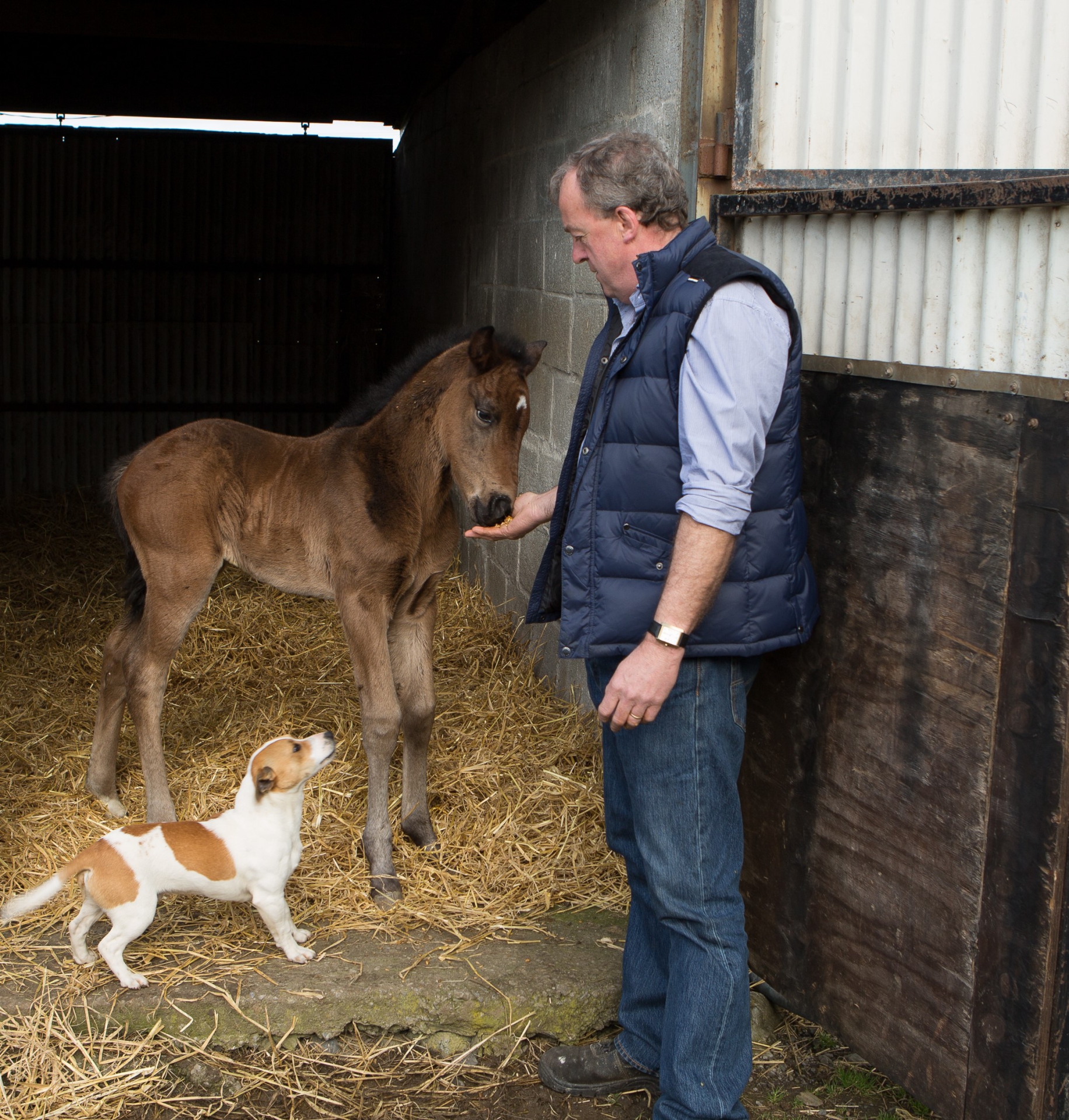 “We had some very long nights but my family were great in helping out.  Thankfully it's paid off and Gilly is now thriving,” says Brendan of the Maher's newest addition to the family.

Brendan says he is  also eager to offer advice to other horse breeders in the same situation.

“I've been involved with horses all my life and so was my father before me. I've never heard of a case like this happening before so it was real  trial and error. If anyone encounters a similar problem I'd be happy to help and offer my advice.”