Littleton in Co. Tipperary looks to the future with hope 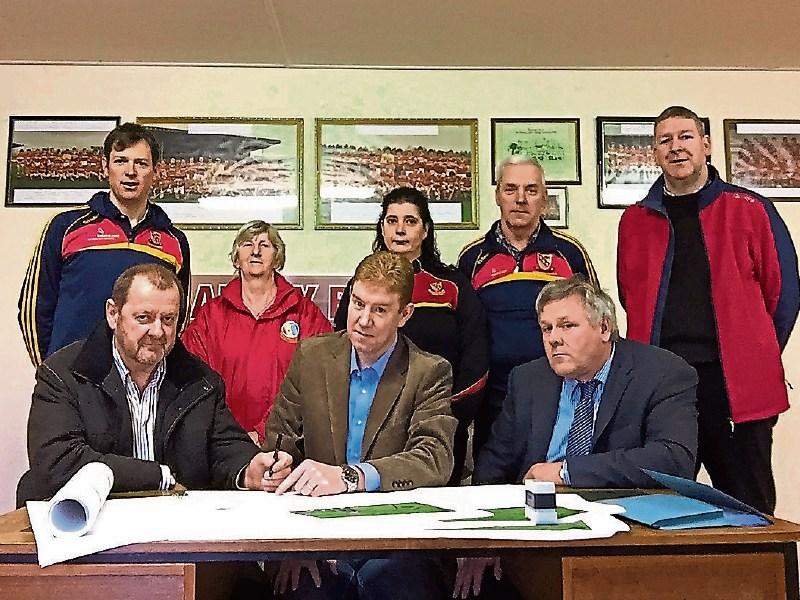 The village of Littleton situated in the townlands of Ballybeg and Ballydavid southeast of Thurles, has for many years had to live in the shadow of its larger neighbouring town, but is now developing its own identity and stride.

With a plethora of new developments underway and a growing community spirit, the village is facing the future with optimism and determination.

Recently, the 21st consecutive Littleton St. Patrick’s Day Parade with viewing stand was held successfully and messages of praise are still flowing in from around the county. Littleton is one of only four urban centres in the Municipal District which hosts a parade, and its floats have come to rival Thurles’ in their size and scale. This year the parade was led by Grand Marshal and Ballybeg native JP Cooney, who won a pro 12 Medal with Connacht rugby last year.

The Derrynaflan Residents association is growing from strength to strength, running numerous fun days for local children, and took part in the Pride of Place competition three years ago, reaching the Finals in Derry.

Just up the road, St Kevin’s Borris FC are also investing in the future, with a new stand for their soccer field, having hosted a major FAI delegation last July 28th, as Tipperary native and FAI President John Delaney visited the grounds.

It was a night to remember as Ray Houghton, and Keith Andrews went back to Darmody’s bar later to play pool with the locals. Moycarkey Coolcroo Athletic Club are now also calling Littleton home: their new base is at the back of the Community Centre, and plans are in train to install a new running track.

Meanwhile, Littleton National School is also in transition with plans for a new Pedestrian Crossing. This will involve ‘alternative parking’ probably in Bridget’s Terrace. A busy year for the school will see the installation of a new Autism and Sensory Room.

Local man Chris Gooney is running in the Limerick Marathon on April 30th next to fundraise for the new facility, while a Vintage Run was planned for last Sunday, April 2nd.

Littleton’s Church of Ireland was very unfortunate on Christmas Day 2015 when the interior of the building was gutted by fire, caused by an electrical fault. Built in 1786, the Church has survived wars and revolution, but may have had to close were it not for the efforts of a fundraising drive by a local committee. The Church was re-opened about four months ago, on December 17th 2016. While it was closed, Church of Ireland services were held in the Community Centre across the road, again showing Littleton’s community spirit.

Littleton’s Senior Citizens committee host a party every Christmas in the Anner Hotel for up to 200 senior citizens, a highlight of the social calendar. Two jockeys from Derrynaflan took part in this year’s Cheltenham Racing. Roger and Sean Quinlan have already made a name for themselves at top level of their sport, while brother Liam is also renowned in point-to-point racing. “These are jockeys that are riding for top class trainers, and they’ve come from Derrynaflan housing estate in Littleton,” Cllr Sean Ryan told the Tipperay Star.

Meanwhile, the photo left (courtesy of Rob Healy) shows the MLTMB Community Alert St. Patrick's Day entry driven by Jackie Moore. Littleton's MLTMB Community Alert is operated in affiliation with Muintir na Tire and An Garda Siochana, and was set up in 2009 to get people in the parishes to ‘Be Alert, Be Aware, Be Involved’.

Those eligible have monitored alarms and over 450 parishioners have signed up to the Community Text Alert scheme in conjunction with PinPoint security to serve the community. An annual subscription of €10 covers the messages to mobile phones. Meetings are held bi-monthly when everyone is welcome to attend. Matters are discussed and local Garda Mark Conway keeps villagers updated, along with a mini-talk by a key note speaker on an interesting topic. Everyone is welcome and they just need to look out for times and dates of meetings in Parish newsletters. Call 0871311305 e-mail: MLTMBCommunityAlert@gmail.com