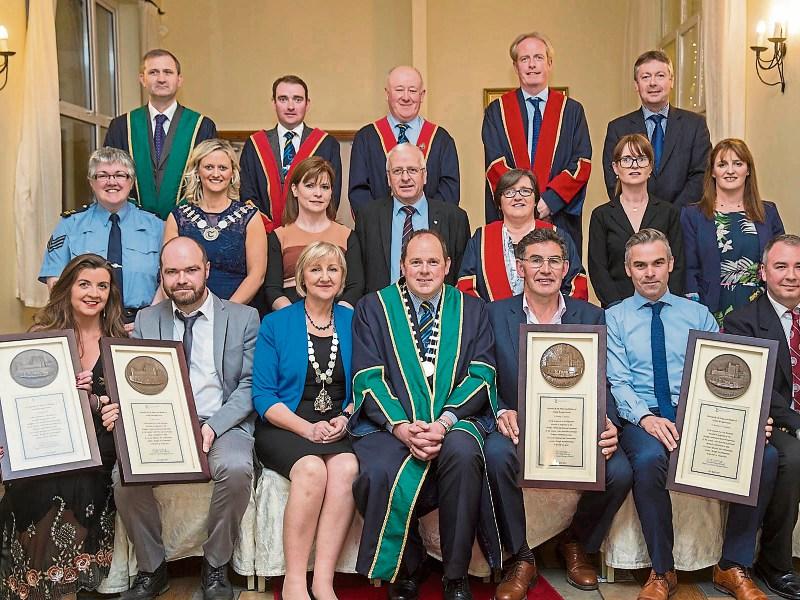 How a small Tipperary town nurtured remarkable talent across a range of disciplines was honoured this weekend.

A civic honour was bestowed on an international rugby player, a best selling author, an award-winning artist, a decorated film maker and a world karate champion.

And the common denominator - they all come from Cahir.

Tommy O'Donnell was unable to attend as he prepared for Saturday's Champions Cup semi-final for Munster against Saracens and was represented by his father, Tommy Senior. 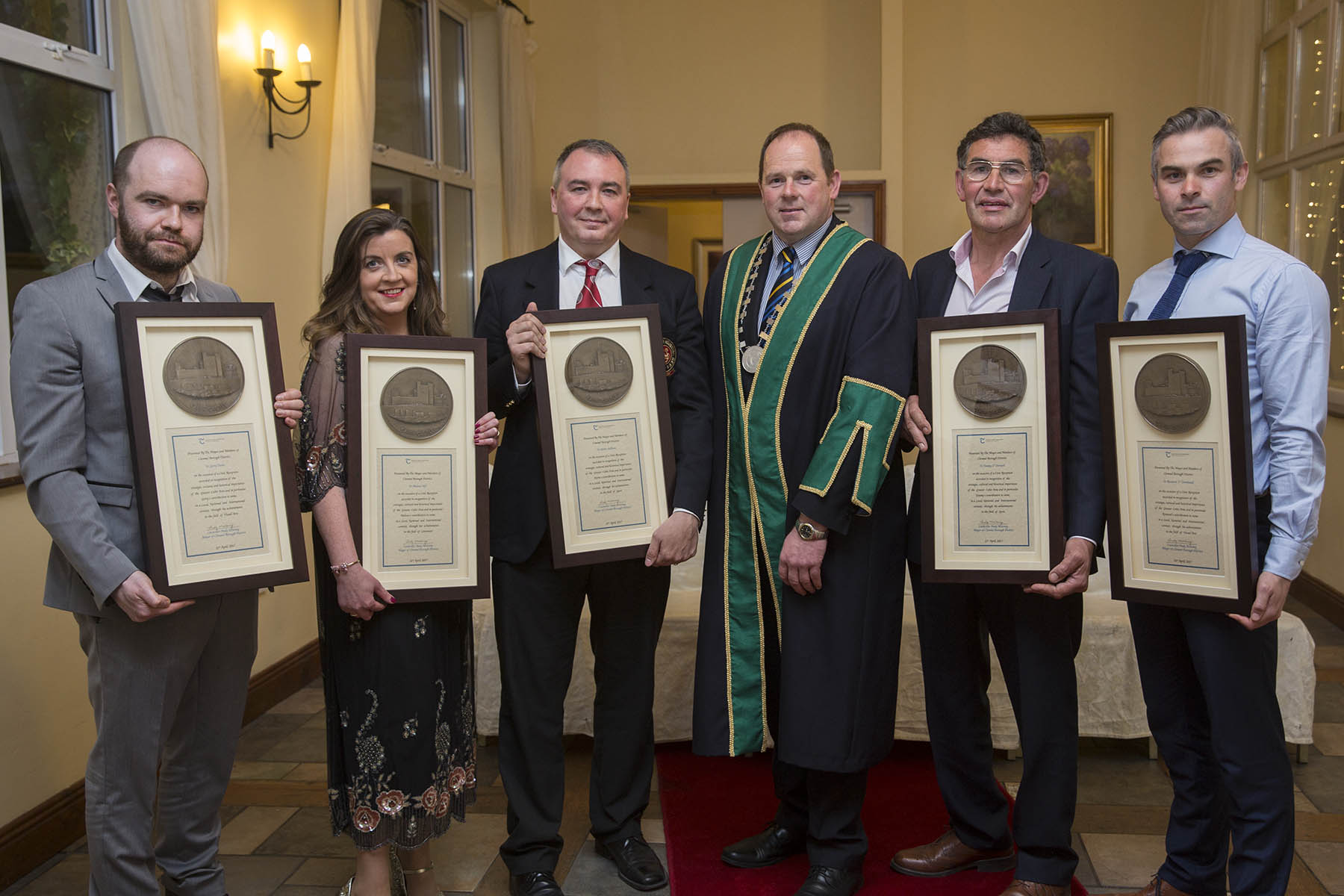 And Mr O'Donnell and all the other recipients of the honour accorded by Clonmel/Cahir Municipal Council said how special it was to be honoured in their own town - and by one of their own, Mayor Andy Moloney.

All have been honoured before for their numerous achievements but all five said the honour awarded among their own people was the most prized. 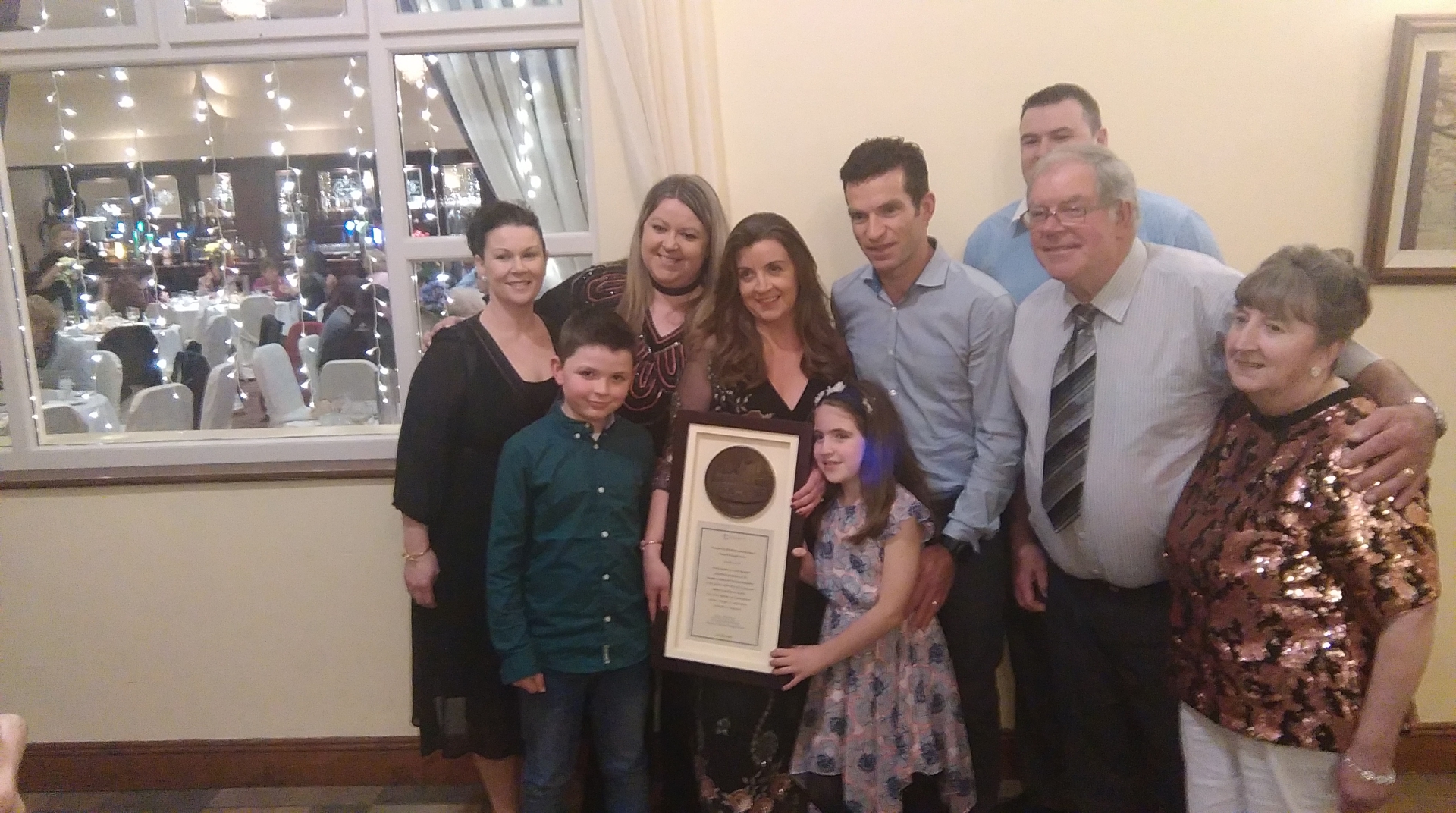 Author Melissa Hill and members of her family at the ceremony.

Mayor Moloney said it was amazing that a town of Cahir's size had produced such talent across a range of artistic and sporting disciplines and he was privileged to be able to honour them.

Local TD Mattie McGrath remarked that it takes a village to rear a child and in Cahir's case the town had helped to nurture such high achievers, all of whom benefited from the wonderful sense of community evident in the town.

Coming from a GAA background, Tommy O'Donnell had got his first taste of rugby at Clanwilliam FC in Tipp town and from that his talent was quickly recognised with Munster and Ireland representation to follow. He was part of the Munster team that beat Australia in 2010 and more recently captained the province to beat the touring New Zealand Maoris. Injury had robbed him of the chance to play in the last World Cup but he had not given up on his desire to win back the green jersey.

A graduate of the Limerick School of Art and Design in 2009, Gerry Davis had his greatest recognition to date when he won the Hennessy Portrait Award last year. He has also been commissioned for a portrait work to hang in the National Gallery out of four hundred contestants.

Film-maker Risteard O Domhnaill won the Best Documentary Award at the Dublin Film Critics Circles Award for his film 'Atlantic', that looked at communities most affected  by oil development and strained fishing resources as global giants push the boundaries of risk and technology to access oil. The hugely acclaimed work was narrated by Brendan Gleeson.

Karate star Kevin Sullivan was a member of the Irish team that won the bronze medals at the world karate championships in Indonesia last year against teams from fifty eight countries. He is now targeting the next world championships in Japan in 2019 when he may have club members competing for places.