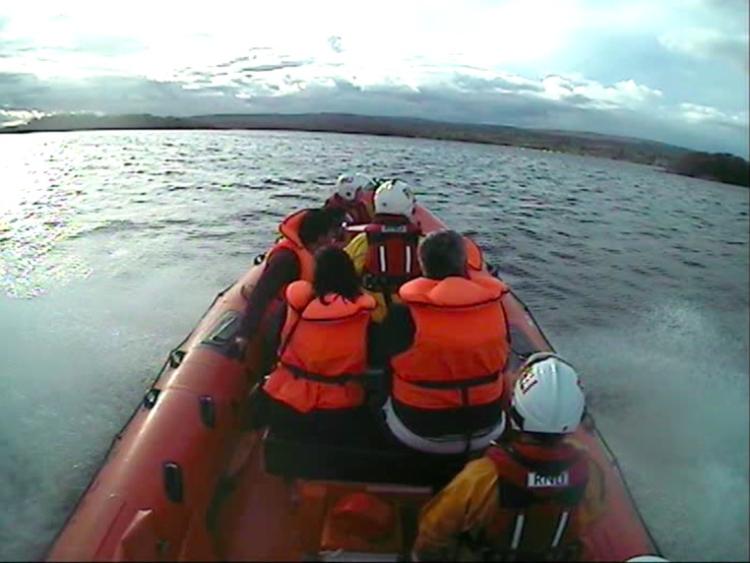 Lough Derg RNLI is involved in a rescue to prevent a 42-foot cruiser from sinking after it was holed near the Clare side of the lake.

The lifeboat, which is based in Dromineer, launched at 11.05am after it got a call that the private cruiser was in difficulty after it hit rocks off Drombane.

It is thought that there are four people on board.

The RNLI crew helped repair the hole and the cruiser is currently making its way under its own power to Dromineer on the Tipperary side where it will be lifted from the water to prevent it sinking. The lifeboat is standing by and escorting the cruiser to safety.