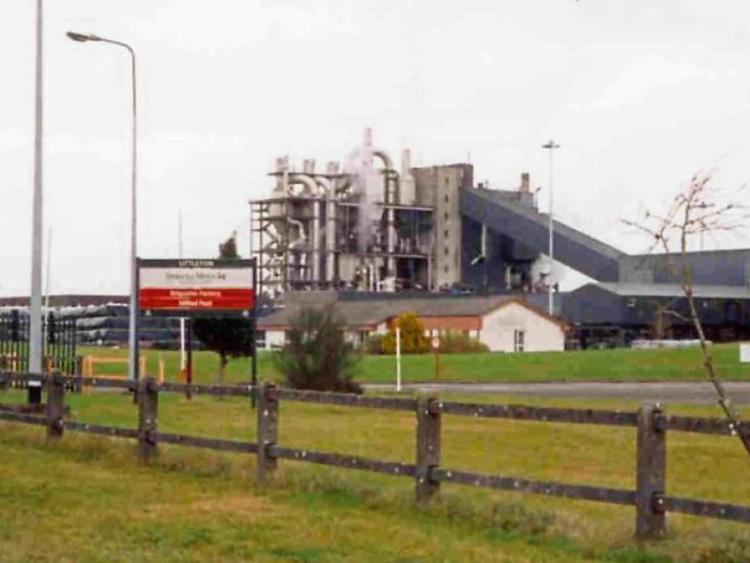 Fears are growing for the Bord na Móna peat briquette plant in Littleton, Co. Tipperary this morning, as managers have called a meeting with workers to discuss the peat plant’s future.

A meeting has been called for 3.30pm when workers will learn their fate. It’s feared production could ceased entirely and production moved to a plant in Offaly.

Local FF Cllr Sean Ryan told the Tipperary Star that workers are “very worried”. A meeting was held yesterday evening (May 3rd) in Thurles between employees and Councillors from the Municipal District. “They’re extremely worried. They have a board meeting today. Production is being downed in Littleton and Derrinlough this afternoon, and they will make the announcement in one of the factories.”

Meetings are being held simultaneously in both Derrinlough and Littleton at the same time. One employee said there was still hope that both plants could be retained, and the site in Littleton transformed into a combined heat and power plant. This type of plant burns biomass material to produce heat, generating electricity which can be sold back into the national grid via the ESB. CEO Mike Quinn, and Labour TD Alan Kelly have previously put forward this possibility.

Voluntary redundancy applications have been circulated amongst staff in recent weeks, with early retirement.

The plant has had a troubled past. In March this year, the company announced there was going to be a review of their operations. The announcement came about from a decision in 2015 to layoff the majority of workers temporarily for the summer months due to a downturn in peat sales.

“We certainly didn’t anticipate this. I put down a motion in April, but I didn’t think we were going to be facing a decision this quickly,” added Cllr Ryan. “We’re led to believe the decision has been brought forward by a couple of weeks.”

A closure would be a huge body blow to the local economy, school, shops, and restaurants, and hotels. Littleton has suffered from a lack of foreign direct investment over the years.

The Industrial Development Authority (IDA) had 459 sites earmarked around the country last year, but only eight for Co. Tipperary, and none for the Thurles Templemore Municipal District.

The Offaly plant may benefit at Littleton’s expense. “It looks like it’s going to be ‘either, or’: either Littleton or Offaly. Offaly have always put forward the contention that they have a better product,” says Cllr Ryan.

Workers in Derrinlough may have re-deployment opportunities, as workers may be able to commute to Edenderry, but this option may not be open to those in Littleton as it is too far to Offaly.

It was reported that Bord na Móna would invest up to €30m in Biomass and alternative energy at the Littleton plant, but this hasn’t happened.

Meanwhile, the Tipperary Star understands there will be another meeting between local Councillors, political representatives, and workers tomorrow in Littleton (Friday 5th) at 4.30pm. A scheduled meeting of Tipperary Co. Council next Monday will also suspend standing orders to discuss the crisis.