Powerstown Park racecourse is ready for a busy season

Race meetings, Parkruns, Clonmel Show and school fundraising walks will be held in the coming months 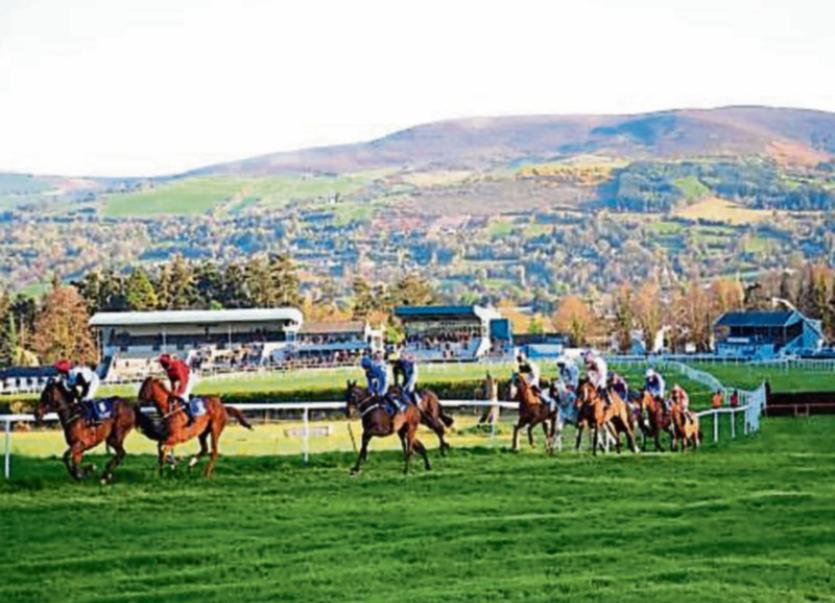 With its lush green pastures set against the backdrop of Slievenamon, the picturesque Powerstown Park always looks its best at this time of the year and, appropriately, the racecourse will be a hive of activity for the next couple of months.

Racecourse staff and racing fans alike are now looking forward to two of the course's biggest meetings of the year, starting on Thursday week, May 18th with the Clonmel Racecourse Supporters Club National Hunt evening.

One of the perks of being a member of the Supporters Club is that each member receives two guest tickets for this meeting, so a healthy attendance is expected on what will hopefully be another fine evening.

The racecourse is delighted to welcome back Margaret and Eugene Quirke of Quirke uPVC Windows, Gortnafleur Business Park, Clonmel as the main sponsors.

The first race goes to post at 5.30 and there will be music after racing in the Club Stand bar with Aquarius.

This meeting will be followed on Friday June 9th by the always-popular summer barbecue race evening, one of the social highlights of the summer in Clonmel.

Special tickets, which offer fantastic value for this evening, are now on sale and must be pre-purchased from the racecourse marketing manager Eugene Cooney at the Sporting Press offices at the Davis Road, tel. 052-61-88508.

For just €25 these tickets include admission, a racecard, a barbecue meal and a €5 bet on the Tote, while Orchard Thieves are also providing a free bottle of cider.

General admission may also be paid at the gate.

The first race will be off at 5.15 and there will be music after racing with Legends in the Club Stand bar.

The summer season at Powerstown Park started last Thursday with a successful meeting held in aid of the Knockanrawley Resource Centre in Tipperary town.

“Everyone was remarking how well the place looks and great credit is due to Tommy Kelly and his staff for that”, says Eugene Cooney.

“Hopefully we'll have plenty of local support for the next two race meetings in the coming weeks”.

Clonmel Cycling Club has just completed a junior cycling event over the four Thursdays of April and the annual Vintage Car Rally was held on the May weekend, and at which substantial funds were raised for the Dolphin Swimming Club.

A local committee has been formed to organise a Parkrun, which has become a very popular activity around the country. The first run will be held at 9.30am at Powerstown Park on Saturday May 20th and at the same time every Saturday.

The annual Clonmel Show will be staged at the racecourse on Sunday July 2nd and will be followed by the annual Tipperary Hunt branch of the Irish Pony Club summer camp.

“We're hoping that some of those involved in all these activities will attend at least one of the forthcoming race meetings”, says Eugene Cooney.