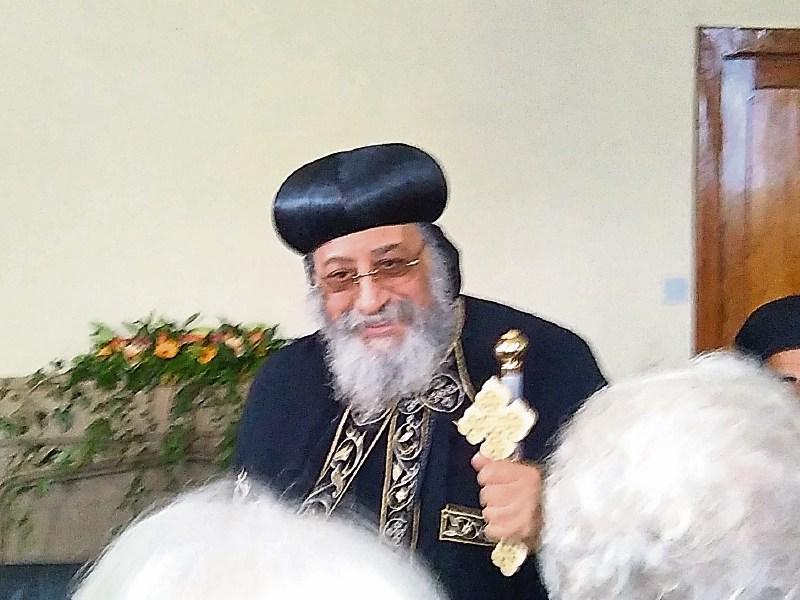 Pope Tawadros arrives in Cahir for his visit.

Pope Tawadros 11, the leader of the Coptic Orthodox Church, received a warm welcome to Cahir where he was greeted by members of his church.

There are over 150 members of the Church living in the town and they were joined by other church leaders to welcome His Holiness on his first visit to Ireland.

Security was tight around St. Mina Church, in the former Mercy Convent, for the special visit.

Members of the Coptic Church were killed recently in a terrorist attack on churches  in Egypt and Pope Tawadros is considered to be at risk from the ISIS terror group.

However Pope Tawadros said he was delighted to be in Cahir and to visit members of his flock. 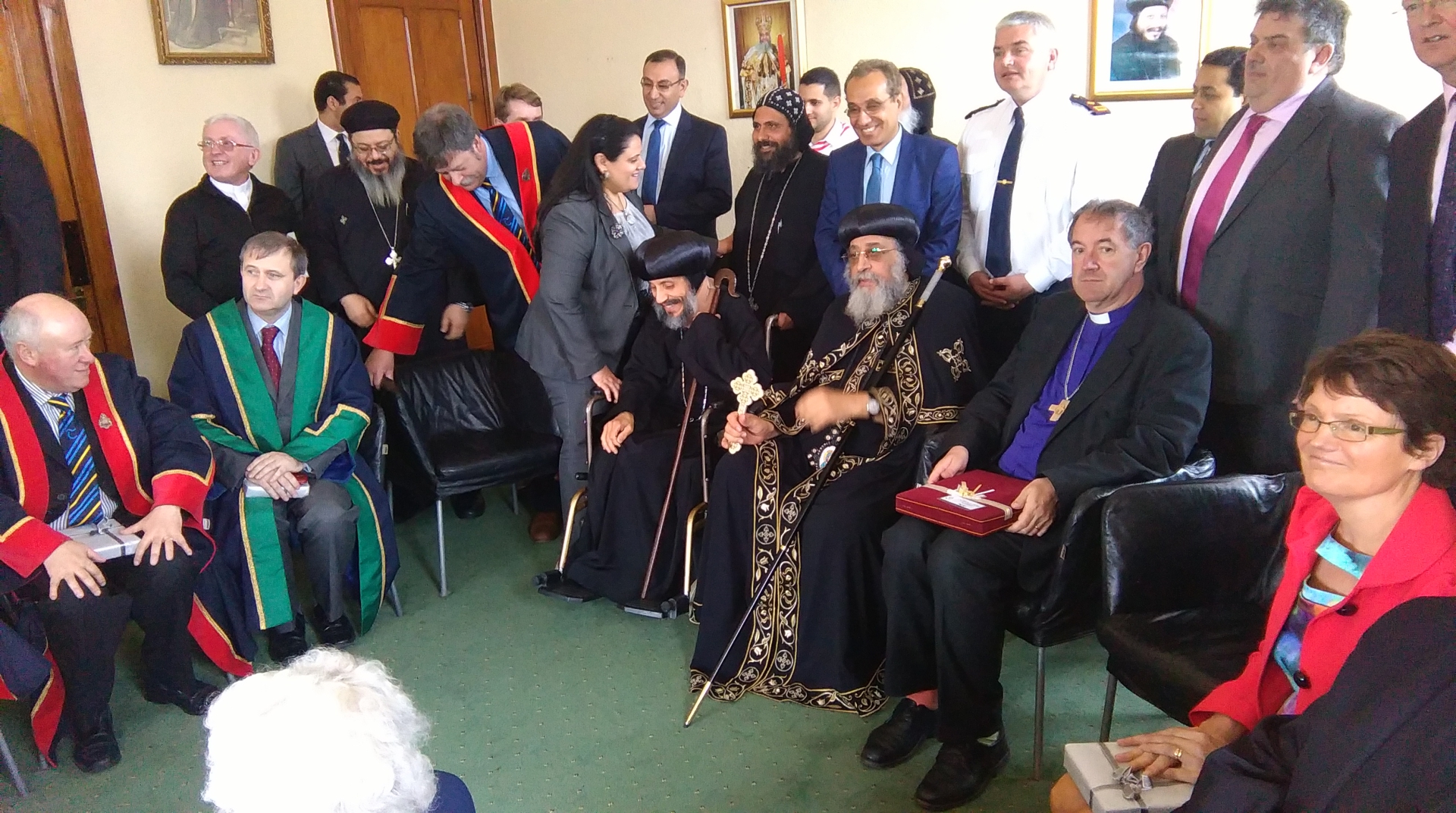 Pope Tawadros with many of those present for the special occasion.

Tributes were paid to Superintendent Paul O'Driscoll and members of the Gardai for the security provided on the day.

His Holiness was also greeted by members of Clonmel Muncipal Council with Mayor Andy Moloney saying he hoped that he could make a return visit and spend more time in the town.

"The members of your church who have settled and live in Cahir are a credit to you", Mayor Moloney said.

Pope Tawadros spoke to the assembled guests before celebrating mass with members of his church.

He spoke about the strong relationship between the church and the Egyptian government in a country where Christians make up 14m of the 92m population.

He also said how his church had  been blessed with a visit from Pope Francis last month - a "a very wonderful visit", he described it as.

Among those attending the Cahir ceremony was the Egyptian Ambassador to Ireland, Sola Gendi.