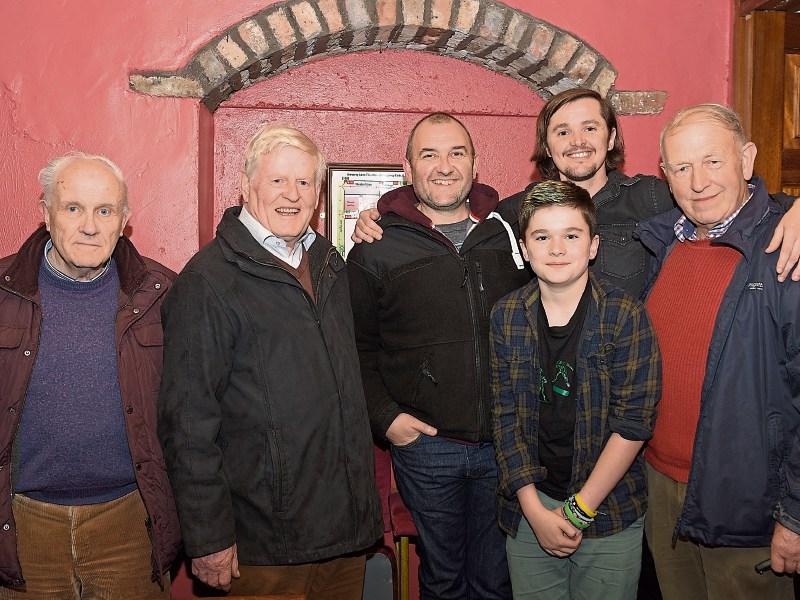 Carrick-on-Suir born Robert Power staged the first Irish performance of his play "4" in his hometown before a packed audience at the Brewery Lane Theatre.

It was a special occasion for the Kickham Street playwright and musician as Brewery Lane was the stage where he first developed his love of acting and the theatre as a teenager.

It was his first time performing at Brewery Lane in seven years.

"4" was previously previewed in Under St. Marks Theatre in Greenwich Village, New York and The Kelman Theatre on Electric Avenue, Venice, California, USA. “4”.

It is directed by Olivier Award winner Donnacadh O'Briain and is described as a "story of destiny, set within the confines of an institution".

After the play, Robert performed songs from his album "1" and his single "Judge".

Accompanying him were his partner Electra Grant and twelve-year-old son Al, who played the Cajon box drum.

After the show, Robert described on his Facebook page how it was such a buzz walking onto the stage of Brewery Lane again after so long.

"I loved every minute and I won't ever forget it," he said.

He paid tribute to Tom Nealon, "the man who brought me into the world of theatre", for introducing his play to the audience with his "usual wit and easy going brilliance".

Robert thanked everyone who came to see the show, Electra and Al for joining him on stage and the Brewery Lane Theatre team.

He also thanked Linda Fahy of the Tudor Artisan Hub, Ferdia Bridgeman, who did the sound, Pete MacGowan for the photography and all who helped behind the scenes.

Carrick cyclist takes U23 title in An Post Ras