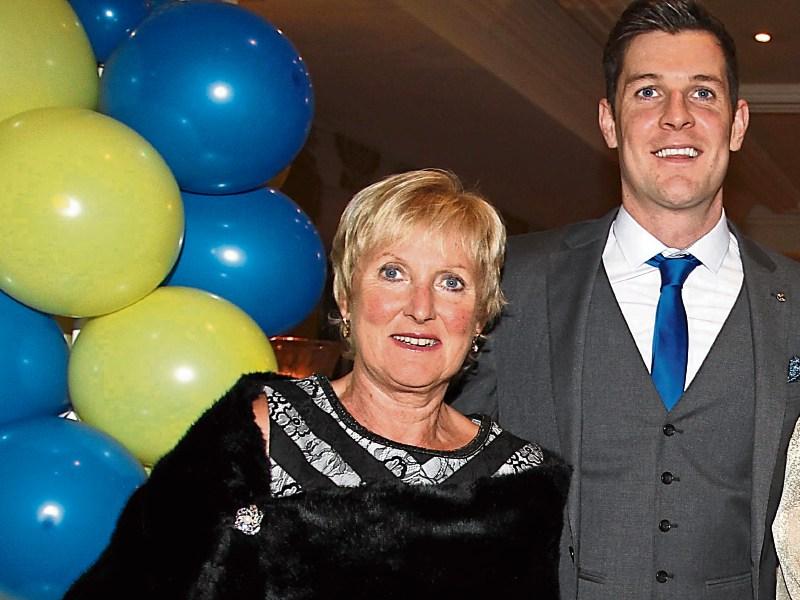 Mary Callinan with her son Seamus.

Mary Callanan from Bouladuff, Thurles,  has been awarded a ‘Sunflower Hospice Hero’ award for her outstanding dedication to North Tipperary Hospice (Thurles Branch).

Mary, mother of renowned Tipp  hurler Seamus Callanan, is described as ‘one in a million’ and was among 23 volunteers across the country recognised for their contribution to hospice care during the national launch of Hospice Sunflower Days.

This annual fundraiser for the hospice movement in Ireland is taking place on Friday and Saturday, June 9/10. It is hoped €1 million will be raised.

A spokesperson for North Tipperary Hospice said: “Mary is one of the kindest, most generous, most pleasant people you could meet. She has a fantastic personality with the most infectious laugh.

“She is well known to make people happy by just being in her company. Among her many, many gifts and talents is her ability to accept people as they are and she never ever has a bad word to say about anyone.”

Mary has been involved in North Tipperary Hospice since it was founded back in 1990. She involved herself in a sub-committee at that time working tirelessly fundraising. She has never relented from being involved and is now on the board of North Tipp Hospice.

Mary is one of the founding members of Suir Haven Cancer Support Centre and is totally committed to the successful running of that centre.

“She is just one in a million with no job too big or too small. Mary’s dad Jim died of cancer many years previous to having any home care services.”

A national survey commissioned by the IHF revealed that 75% of Irish people want to die at home – however only one in four get to do so. This is where Sunflower Days funds will help with the provision of hospice services in your area.

People can support their local hospice service on June 9 and 10 by purchasing  Sunflower merchandise - including sunflower pins for €2 each from collectors on the streets of cities, towns and villages across Ireland.

For more information on how to volunteer with your local hospice service for Hospice Sunflower Days visit www.sunflowerdays.ie