Had mumps and measles - but during the summer holidays! 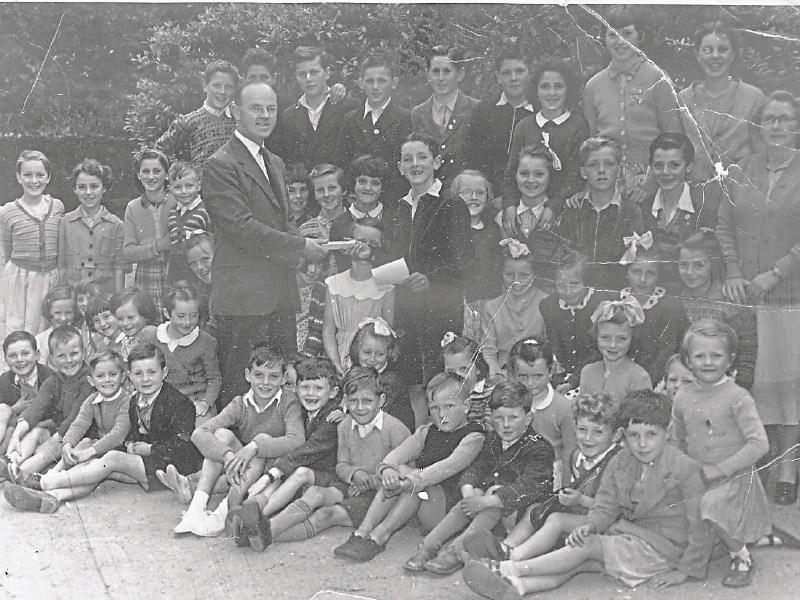 Back in the 1950s, Anthony Cahill was the only pupil never to miss a day in Newtown Anner school in eight years.

So conscientious was he about attending that twice when he got sick - once with mumps and once with measles - it occured during the summer holidays!

Anthony, born in Killaloan and now living in Ballyneale, received a special award of two gold pens for his attendance from the principal, Bill Corcoran.

Anthony supplied us with this wonderful photograph of the occasion taken at the school in 1957. And he was able to name everyone in it from his happy schooldays.

Anthony was instrumental in organising the first reunion of past pupils held some time ago. Reminiscing about his schooldays, he was able to rattle off the names of all the children in the photo.

And he recalled at the reunion that when he received the presentation of the two pens, that on the two occasions he had been sick it was during the school holidays.

Bad luck then for a young boy but it was all worthwhile in the end.

The first teacher in Newtown Anner School, just outside Clonmel, was a Mr. Jameson when it opened in 1835. The school at that time was a Protestant one but the bishop, due to population growth, later changed it to a Catholic school.

Three generations of the Corcoran family taught there - James Corcoran in 1868, the first Catholic teacher; followed by his son Frank and Mary Ellen Corcoran; and their son Bill Corcoran and daughter Tessy taught there for the best part of their lives.

The old school closed in 1963 and the new school, which then took over, formed lasting memories for all the pupils. It subsequently closed in 1997.

Those in the photograph