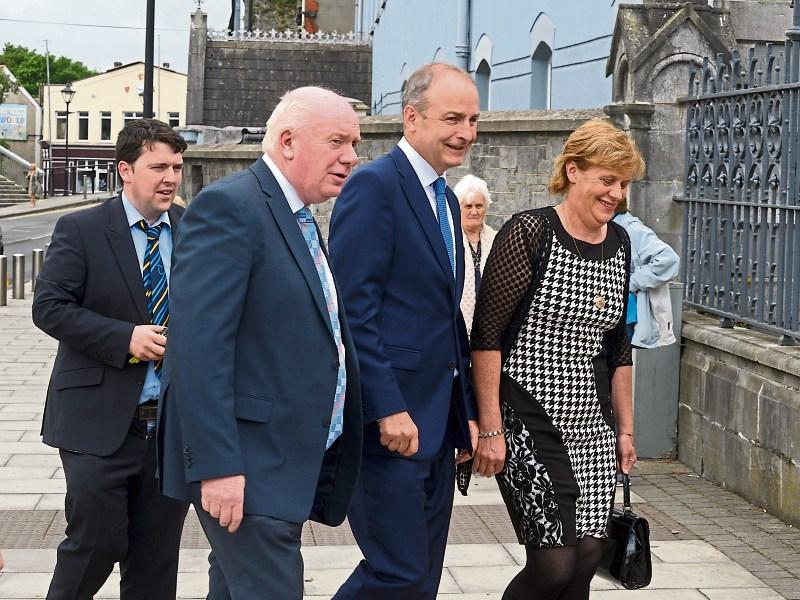 Fianna Fáil leader Micheál Martin was one of many present and former politicians who joined mourners on Sunday for the funeral of long-serving senator, party fundraiser and Pro Life Campaign president Des Hanafin.

Mr Hanafin, who passed away on Thursday at the age of 86, was a member of the Seanad for 30 years and was succeeded on his retirement by his son, John Hanafin, while his daughter Mary Hanafin is a former TD and minister for education.

They and their mother Mona led the mourners at the Cathedral of the Assumption in Thurles for the funeral Mass, which was attended by hundreds of people from Thurles, the wider Co Tipperary community and across the country.

Des Hanafin was born and grew up in Thurles, where his father ran a shop for many years and also sat on the local council.

During the funeral Mass, Mr Hanafin was remembered as a businessman, politician, campaigner, and family man.

Mary Hanafin told the congregation that, the day before he died, the family enjoyed lunch together in the Anner Hotel in Thurles, a hotel founded and once owned by her father, and was named in honour of her mother Mona who “lived beside the Anner, at the foot of Slievenamon,” quoting the song by Kickham.

Des had friends from all sides of politics, she said. “Everywhere I go around the country, I’d meet people who knew him. If they said ‘how is Des,’ I knew it was Pro-Life or Fianna Fáil. If it was ‘how’s the senator,’ it was the Burlington Hotel or Leinster House. If it was ‘Dessie,’ I knew it was Thurles.”

Among his proudest days were when his son John was elected to the Seanad in 2002, and in the year 2000 when Des was “father of the house,” as the longest-serving member, and Mary as a minister of state was dealing with legislation in the Seanad. “They drew attention to the fact that the father of the Seanad was the father of the minister.”

Among the symbols of his life brought to the altar during the ceremony were a copy of the constitution, a newspaper and book to reflect his love of reading, a CD, a Papal award he received from Pope John Paul II, and his unfinished memoirs.

Afterwards, he was laid to rest at St Patrick’s Cemetery in Thurles, where Eamon Ó Cuiv delivered a graveside oration.