Killusty Pony Show 2017 was the best ever 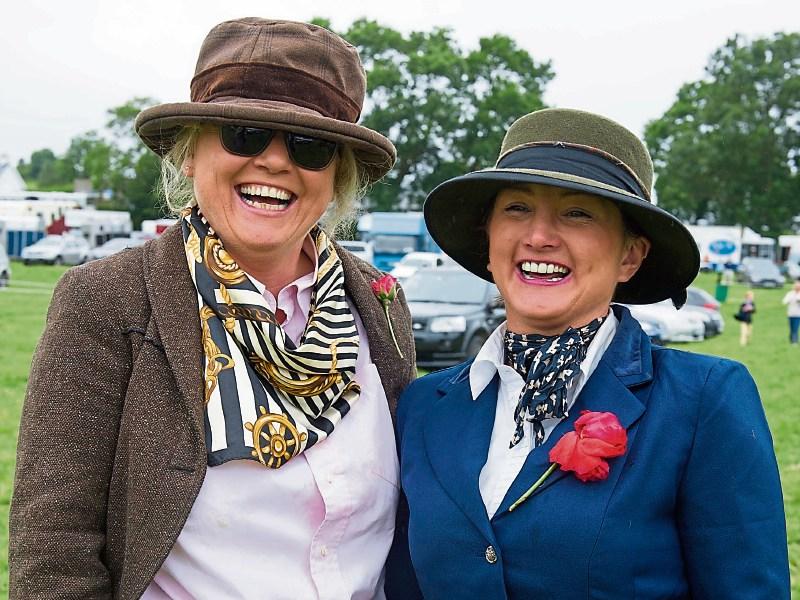 As always, the sun shone brightly and without a doubt it was one of the best shows to date. The entries were magnificent with over 250 competitors on the day. The exceptionally entered classes were the shows own local riding classes for children, to stand and look into Ring 3 and see twenty-five children under the age of eight competing in their classes was a sight to behold. All riding pony classes were well supported. Unfortunately, the young stock classes were not as popular with fewer entries, however, this trend can be seen at shows all around the country, due to the fact that they are not being bred like before.

Last year, for the first time, we introduced riding classes for horses and it was a great success. It was extremely popular again this year with over twelve competitors in the light, middle and heavy weight horse classes. These classes attracted numerous spectators ringside, waiting eagerly to see who would take the title, which was won by Imelda O’Donnell’s mare.

In Ring 1, Pat O’Brien retained the cup for Champion Pony Broodmare with his mare ‘A Touch of Class’. The cob in hand cob classes exceeded expectations with spectators treated to twelve of the finest cobs in Ireland. The judge remarked that some of these cobs would not be out of place at Dublin Horse Show. The cob that won the class was ‘Granddad’s Girl’ owned by Orla Walsh which went on to win the Cob Championship. It was great to see the ‘Dinny Walsh Memorial Cup’ being retained within the Walsh family. Another great success was Pat Culligan winning the part bred Welsh with his lovely pony ‘Secret Ballerina’ bred by Gillian O’Shea. Gillian O’Shea was also winner in the show hunter pony with ‘Windy Girl’.

Cyril Donovan was winner of the special lead class for children 6-10 years with his pony ‘Sportsfield Snowy’ ridden by Sam Donovan. Also in the winners enclosure on the day were Edward Flaherty with his mare ‘It’s Edwina’, Emily Sayers and ‘Forest Guy’ and Hazel and Aoife Sheehan had a lovely show with their cob who came 2nd and went on to win at Clonmel Show. Great to see such local success and this is what Killusty Show is all about.

As always the dog show was very popular with the children, which was kindly sponsored by Iain Meagher of Daybreak, Fethard, which we are very grateful to for his continued support.

On Facebook one of the leading judges in the country summed up the day, “Rarely do I see a show with so many happy faces, a super job by an amazing committee.”

Many thanks to all involved in the show.