A special year for Tankerstown NS 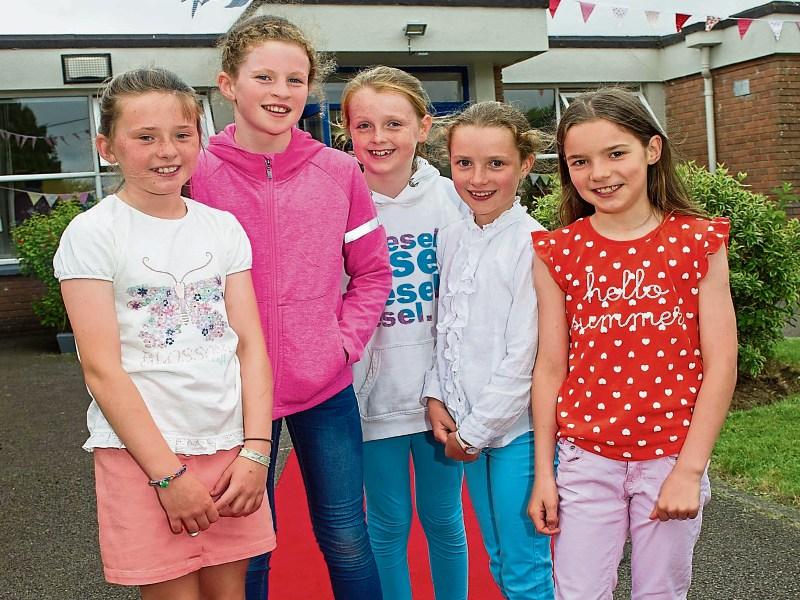 Tankerstown National School near Bansha was awash with colour and filled with celebration and thanksgiving as the school held its closing ceremony of its Sesquicentennial Celebrations.

Parents and the school community would be forgiven if they said they were “all partied out” but there is always room for a get-together in Tankerstown NS!

According to principal, Ms. Nóirín Ní Mhaoldhomhnaigh - “The year was such a momentous one in the school. We had two U.11 County final wins this year. We then went on to win the FAI 5s County Final in Two Mile Borris. That team went on to take second place in Munster.

"In a school our size, you can dare to hope to win even one of these competitions every few years. We also had artists in residence- Philip Quinn (sculptor and weaver) and his wife Lizzie for ten days this year (funded by Tipperary County Council Artists in Schools Initiative).

"We had a wonderful day of remembrance in October where we stepped back in time to see what school life was like in times gone by.

"We won our 5th Green Flag for Biodiversity. We published a book detailing 150 years of education in Tankerstown National School.

"Finally, we had a Whole School Evaluation which was most validating and encouraging. There was much to celebrate and though we are all tired we felt this gathering was the natural conclusion needed for this year. Sometimes you can hope for an unprecedented event to work out but this surpassed all expectations. The red carpet was literally rolled out for all our guests on arrival (courtesy of Cahir Carpets).”

Past pupil and comedian, Tom Bear O'Mahony brought his wit and charm back to his alma mater and did a sterling job as Master of Ceremonies. Tipperary Senior Football Captain Brian Fox was an absolute gentleman and it was a delight to have him present, no doubt inspiring pupils as they received their U.11 County Gaelic Football medals.

Michael "Foxy" Grace presented the soccer medals and one could tell the pupils were brimming with pride to have their own coach who they have such regard for, in their school. Philip and Lizzie Quinn raised the 5th Green Flag for Biodiversity. Congratulations to Mrs. Kate Butler and the Green Schools Committee for all their work over the past two years to enable the school to achieve this accolade.

The children then wowed the crowd with their song, “School in Union”, led by Third Class pupil Kate Ryan.

Board of Management Chairperson, Mrs. Mary Noonan, who, the Principal remarked, puts in countless hours and takes great interest in ensuring that the school is well run, presented the awards for attendance and handwriting. The Parents’ Association Committee officers, Sylvia, Rhona, Imelda and Geraldine were presented with flowers to thank them for their enormous contribution over the course of the year.

As the Class of 2017 were nearing the end of their tenure in TNS, one pupil, David Ronan, received an achievement award for tenacity and perseverance, for trying no matter what. All pupils in Sixth Class showed exceptional skills in friendship and understanding and each received a “Hand of Friendship” award.

In conclusion, Ms. Ní Mhaoldhomhnaigh stated, “As was evident in our whole school evaluation report, Tankerstown is all about community. Long may it continue. Well done and thank you to all who made this year such a special one in TNS.”