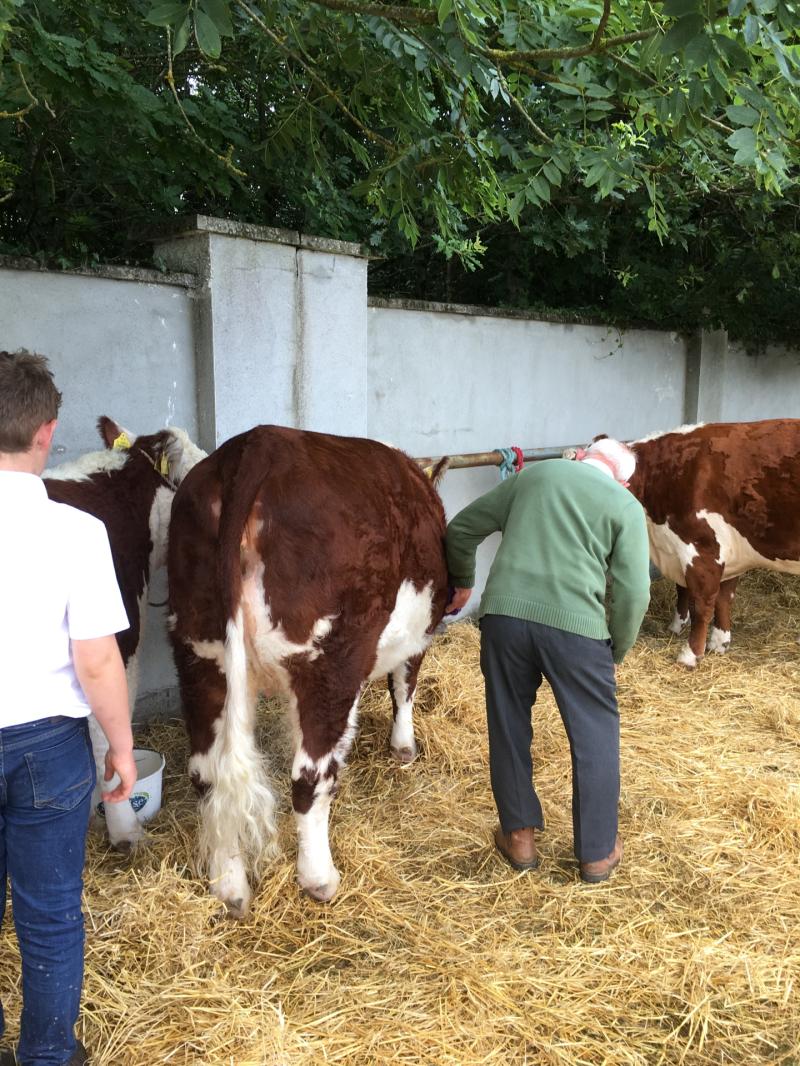 Despite the odd passing shower, the sun shone on the 139th North Tipperary Agricultural Show in the Showgrounds, Nenagh, this Bank Holiday Monday.

The fine weather brought out the crowds, with a steady stream of visitors from the farming community and the curious townies.

"Numbers are up," show chairman Conor Delaney told the Tipperary Star. "Entries are up."

The former Fine Gael town councillor spent the day checking in on the various stalls, exhibitors and competitors and was extremely pleased with the turn out".

He said the show committee was grateful to its sponsors and all the volunteers who give so much of their time free to the event.

"This year's show is a success and we are already looking forward to next year when we hope it will be bigger and better," he said.

As for the weather, Mr Delaney said it was "behaving itself".

Among the many attractions was the brilliant display of several hundred vintage cars put on by Nenagh Classic Car Club, which also attracted owners from the vintage club in Clonmel.

Among the vintage cars on show were Model T Fords, Minis, Hillmans, Jags and a Jensen with leather and wood finish inside, and Mercs. Spotted driving his vintage Merc home was Tipperary county councillor Michael Murphy. The Clonmel man who is hoping for the FG nomination in the next general election, has the Merc, so all he needs now are the perks!

Brendan Murphy of the Nenagh Classic Car cClub described the display as "excellent".

Down at the IFA stand, former Ireland and Munster legend John Hayes was throwing his weight behind the North Tipperary branch's farm safety campaign and fundraiser for Embrace FARM, the organisation that supports farmers who have been involved in an accident and the families of those who lost a loved one to a farm accident.

Mr Hayes, the Munster ambassador for Embrace FARM, said it was a great cause.

"You can't put enough emphasis on safety. I am always taken when I come back from the annual remembrance ceremony in Abbeyleix," he said.

John, who is married to Ballinclough rugby international Fiona Steed, said his message to farmers was: "Every day you go out, make sure you come back."

North Tiperary IFA chairman Tim Cullinan said the were delighted to support Embace FARM and highlighted the fact that the branch had run farm safety events at Nenagh Mart during the year.

Also on the stand was Embrace FARM founder Brian Rohan, who said it was great for his group to now have the backing of the IFA. He praised Mr Cullinan for the branch's work on farm safety, saying very often farmers might just go to the mart for a social outing but then they come away having learned about safety.

Sheila is hoping to do the Premier County proud in the semi-finals of this year's Rose of Tralee, no matter what the outcome.

Indeed, the entire county will have their fingers crossed that she will come through and make it to the televised part of the competition in Tralee.

Of course, agricultural shows are all about the animals and North Tipperary Show is no different, with any amount of grooming going on in the cattle area. The cattle were loving it and many would not be out of place on the catwalk with all the pampering and preening that was going on.

The pony and horses were as immaculately turned out as their owners in their hacking jackets, jodhpurs and riding boots, while the younger children delighted in getting up close and personal with the hens, geese and ducks.

As ever, it was tempting to reach in and snaffle a bun or slice of apple tart in the baking tent.