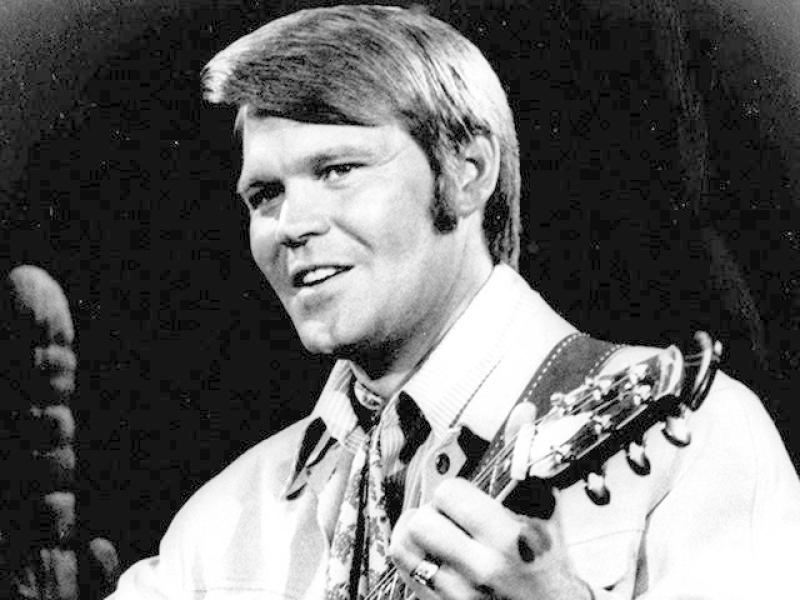 Tipperary musicians have being paying tribute to the music legend Glen Campbell, who died this Tuesday following a long battle with Alzheimer's.

Few people would have been aware that Glen had a Tipperary connection, with his mother, Carrie Dell Stone coming from the Premier County.

It is not known exactly what part of Tipperary she came from as the name Stone is not common here, but it is more prevalent in South Tipperary than North Tipperary, with 95 recorded Stones in Cashel, Killenaule, Cahir, Clonmel and Carrick-on-Suir.

There are only 10 recorded in the north around Templemore and Roscrea.

It was a connection, Campbell always remembered and in a 2013 BBC4 television documentary Glen Campbell, The Rhinestone Cowboy, it was mentioned how it formed part of his musical heritage. His father, John Wesley, was of Scottish descent.

Musician and county councillor Hughie McGrath said that anybody who picked up a guitar over the last 50 years would have been influenced by Glen Campbell.

"There isn't a house in Ireland that didn't have a Glen Campbell record in it at some stage," he said.

"He left a great mark, a  fantastic music legacy," said Cllr McGrath, who said the 2014 documentary, Glen Campbell: I'll Be Me, showed how he and his family was trying to live and cope with Alzheimer's.

"He did a lot to highlight the disease," he said.

Cllr McGrath said the documentary showed Campbell had a "fantastic personality" and that he came across as a "decent, respectful and kind person".

"It is a sad day. The bed of Heaven to him," said Cllr McGrath.

Tipperary-based renowned guitarist and songwriter Phillip Donnelly, who has played and gigged with some of the top musical acts globally, said Campbell was a "great guitar player, a great singer and a great songwriter".

He also pointed out that he arranged all his own strings, like Frank Sinatra.

"He was totally accomplished," said Philip. "He was also a great TV presenter."

While he never met him, as Philip was just arriving in Los Angeles when Glen was moving out, he said they were aware of each other and he knew Glen liked Ireland.

"I worked with the Rocky Burnette whose mother was his PA and Glen Campbell sent me a 12-string Ovation guitar, which was nice," said Philip.

"Glen was the greatest. He played nearly up to the end," he said.

Meanwhile, Philip has just put the finishing touches to his fourth album, Analogue Dream, Digital Nightmare, and has started recording his fifth.

"I put my own work on hold while working with others, but I am doing my own stuff now," he said.