Breaking:Tipperary water users urged to be vigilant after Lorrha River is hit by Crayfish Plague 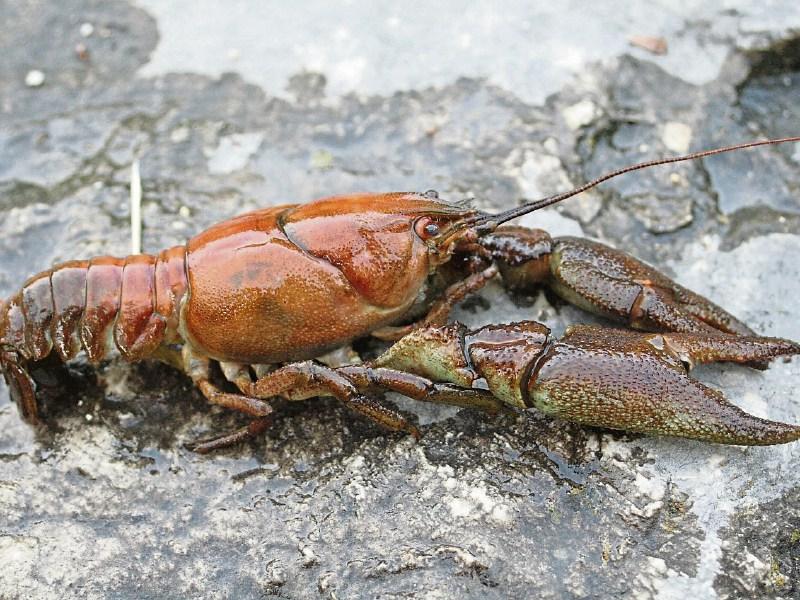 All water users are being urged to take precautions to stop the spread of crayfish plague after confirmation of an outbreak on the Lorrha River in North Tipperary.

Numbers of dead freshwater crayfish were reported on the river in Lorrha village earlier this month and DNA analysis has now confirmed that the cause of death was Crayfish Plague.

This is the fourth confirmed outbreak of crayfish plague since 2015, including one earlier this summer on the River Suir.

The situation is being investigated by the National Parks and Wildlife Service (NPWS) of the Department of Culture, Heritage and the Gaeltacht, Inland Fisheries Ireland (IFI), the Marine Institute, and Tipperary County Council.

The kill has impacted white-clawed crayfish only. Other freshwater animals are not affected.

This is a characteristic feature of the disease which only infects species of crayfish but causes 100 per cent mortality.

It is, however, known that the outbreak on the Suir involved a different strain of the disease to that in the Cavan outbreak.

Samples from the Lorrha River are being tested to determine which strain has caused the outbreak of the disease.

All the agencies involved in managing and protecting the rivers in Ireland have expressed concern that another outbreak has been detected and are reiterating their advice and guidance to all users of the river to implement routine cleaning and drying of their equipment once they leave the river and before using it again.

This is especially important as it is known that the crayfish plague organism can be carried on wet equipment to new sites.

Containment of the outbreak is essential to prevent spread to other as yet unaffected populations in Ireland.

Anyone using the river is being urged to observe the Check, Clean and Dry protocol.

All wet gear should be checked for any silt or mud, plant material or animals.

It then should be cleaned and finally dried.

Disinfectant or hot water (over 60⁰C) should be used to clean all equipment followed by a 24hr drying period.

This should be adopted as standard practice in all freshwaters.

Drying is especially important, including removing of any water from inside a boat and disposing of it on grass.

A drying period of at least 24 hours is needed to ensure that a boat is clear of infectious organism.