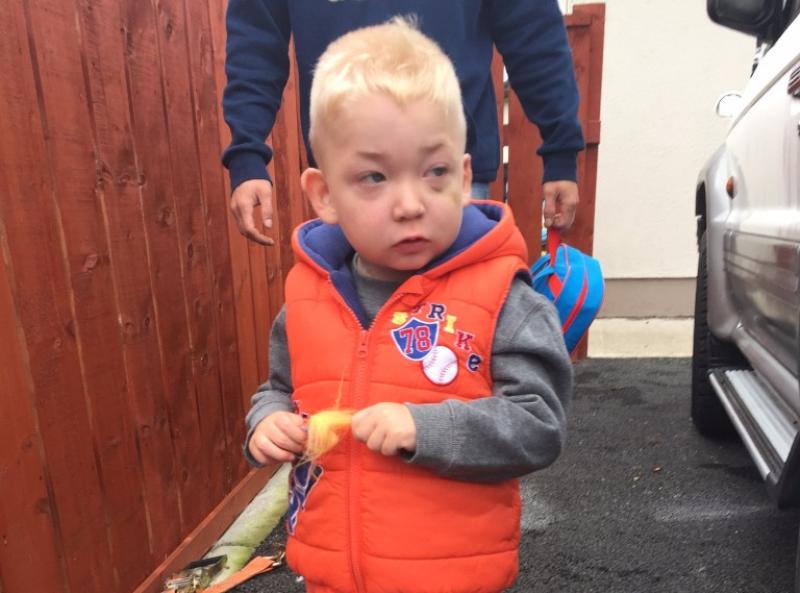 Peter McKay from Coolgarrane, Thurles makes his way to his first day of preschool

A little boy who underwent a lifesaving heart transplant just months ago is getting ready to start school for the first time.
Peter McKay, four, from Coolgarrane, Tipperary, was diagnosed with dilated cardiomyopathy at just six months old. For two and a half years, Peter responded well to medication, but suddenly his health took a turn for the worst and he was rushed to Dublin’s Crumlin Hospital for lifesaving treatment.

Despite doctors’ best attempts, parents Nikita Campbell and Peter McKay were told that their son’s only chance of survival was to undergo a heart transplant and that he needed to be transferred hundreds of miles away from home to Freeman Hospital in Newcastle upon Tyne, England. At Freeman Hospital the family were supported by The Sick Children’s Trust which gave them free ‘Home from Home’ accommodation at the charity’s Scott House while Peter fought for his life until a donor heart became available. After ten weeks, his parents finally received the call they had been waiting for. There was a heart for their son. Peter, who gets stronger every day, is now packing his bag ready to start pre-school.Mum Nikita, 23, says:“When we were told that Peter needed a heart transplant we were devastated. Within a few minutes and with just a few words, my world was shattered. I couldn’t believe it. These things happened to other families, other children. Not my baby boy, not my Peter. Our only option was to go to England to save Peter’s life. I was terrified. To be hundreds of miles away from home, with one son across the sea and another seriously ill was overwhelming. I felt completely out of my depth. All I could think about was Peter and if he would make it. 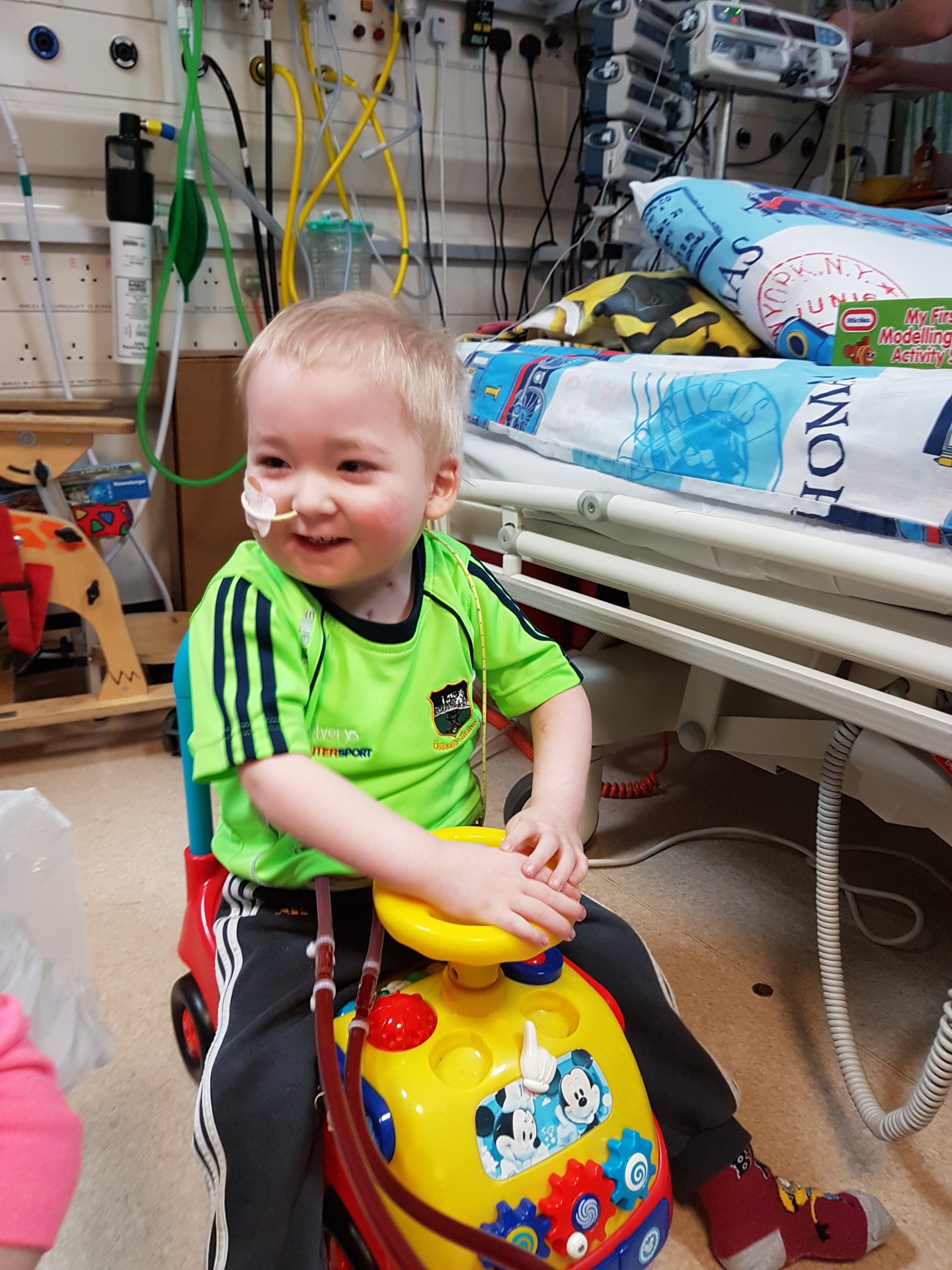 Pic: Peter during one of his stays in hospital

“We were told that there was no way that Peter was going to survive without a heart transplant and the wait for a donor heart was agonising. In reality we were only waiting for around ten weeks but it felt so much longer than that. Thankfully though, we could remain by Peter’s hospital bedside throughout his treatment as The Sick Children’s Trust gave us free ‘Home from Home’ accommodation at Scott House, located at Freeman Hospital. When your child is sick, all a parent wants is to literally be by their side, and that’s where we were, from the beginning, right up until the end and we could be because of The Sick Children’s Trust.

“When the call came, we weren’t expecting it at all. It was a strange feeling. I was obviously enormously relieved that there was a donor heart for Peter, but knowing that another child had died, that somewhere another family had lost their loved one was an awful thought. I want to say thank you to that family – you saved my son.”

It took two months for Peter’s body to accept his new heart. Once he did he was well enough to go back home to Ireland where he has been ever since and continues to thrive. Nikita continues: “Peter’s done so much better than anyone expected. He’s gone from a toddler that could barely take a couple of steps to a child that’s always running about all over the place. He’s a completely different little boy.

“Our son is one of the lucky ones to receive a lifesaving donor heart – and he will have a bright future ahead of him. I think it’s so important to raise awareness about organ donation as no one, especially a child, should have to go through what my little boy had to go through.” 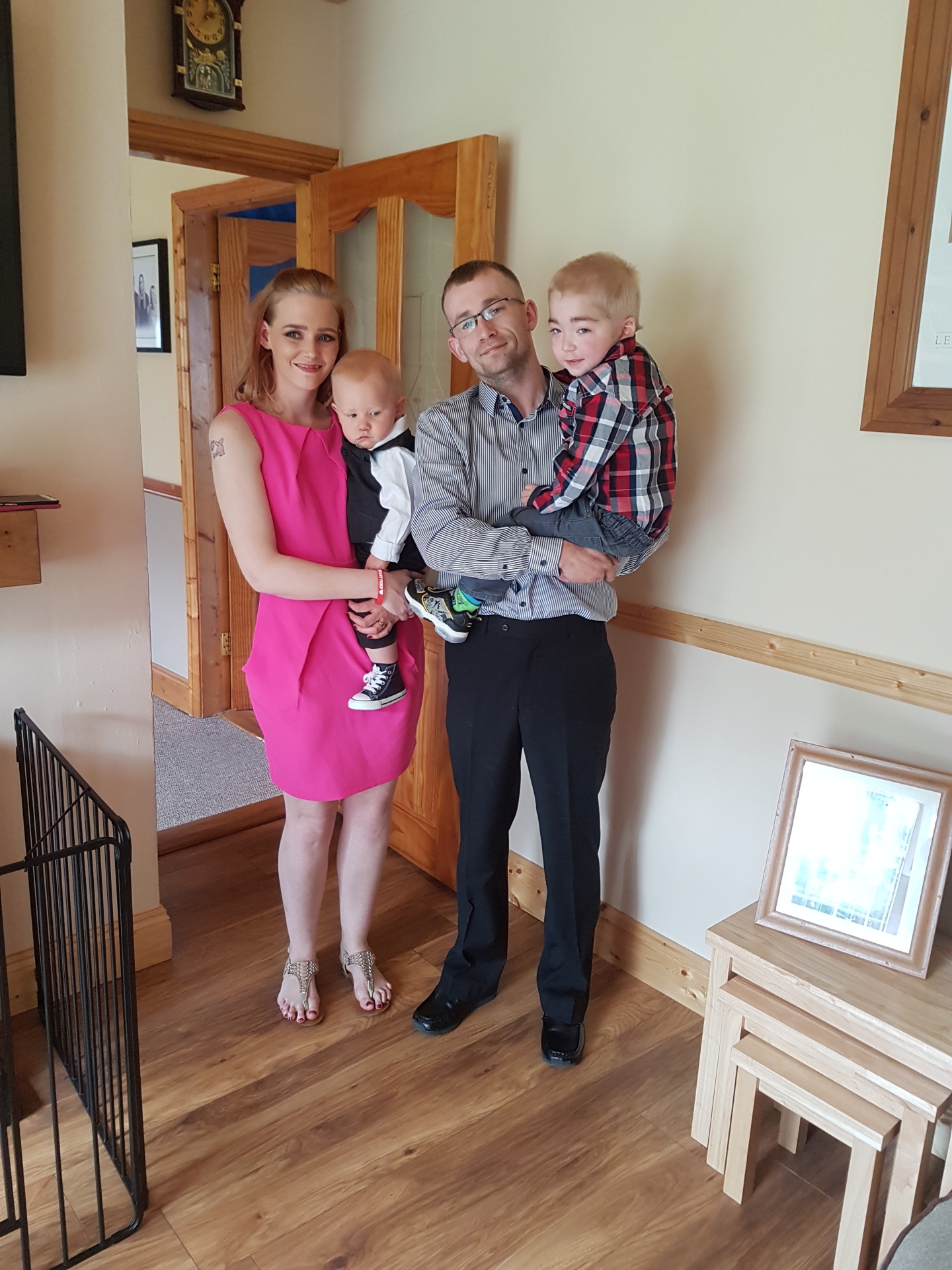 Pic: Parents Nikita and Peter with sons Thomas and Peter

This September, Peter started at pre-school despite having ongoing heart scans and hospital visits. Nikita adds: “Peter’s next big challenge is starting pre-school. A part of me is quite nervous. I know how strong he is and how much he has overcome to be here, but I think this will be the real test to see how his immune system will cope with all the infections and bugs children tend to pick up. And this is why I initially wanted Peter to be home-schooled. We eventually decided against it because it wouldn’t really be living. Why put him through all of that if we weren’t going to give him the chance of a normal life? That’s all I want for Peter. And seeing him so excited, getting up every day and ask if he can go to school today has made me realise that it was the right decision.