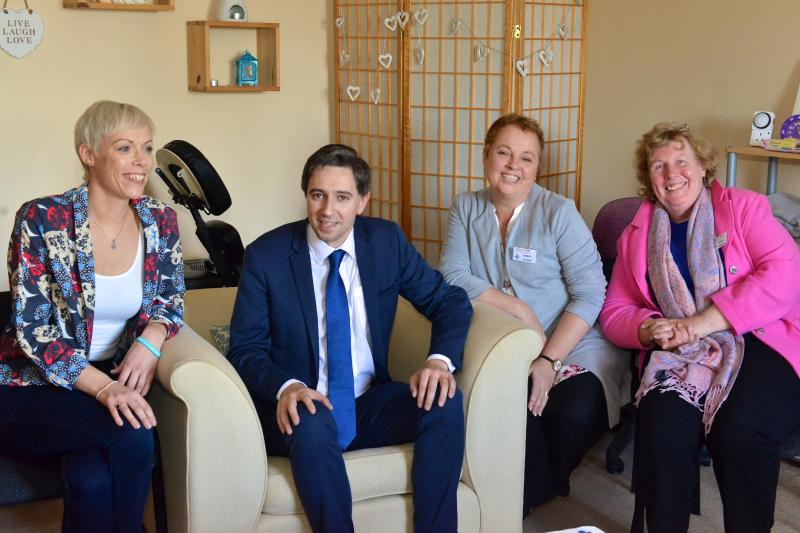 Friday last was a joyous and emotional day for many in Tipperary Town with the visit of Health Minister, Simon Harris T.D. to Circle of Friends Cancer Support Centre at the Station House.
This visit marked the fulfillment by MinisterHarris of a promise he made to a deputation from the centre when he welcomed them to Leinster House last January.
Chairperson of Circle of Friends Pat Jones introduced Minister Harris to the members of the Circle of Friends Choir who performed to mark his arrival and departure. This newly formed choir is fortunate to have been invited to perform next year in Carnegie Hall, New York, a wonderful honour and achievement for such an enthusiastic group.
The Minister was then given a guided tour of the cancer support centre, including a visit to the office area where he chatted with staff and committee members. 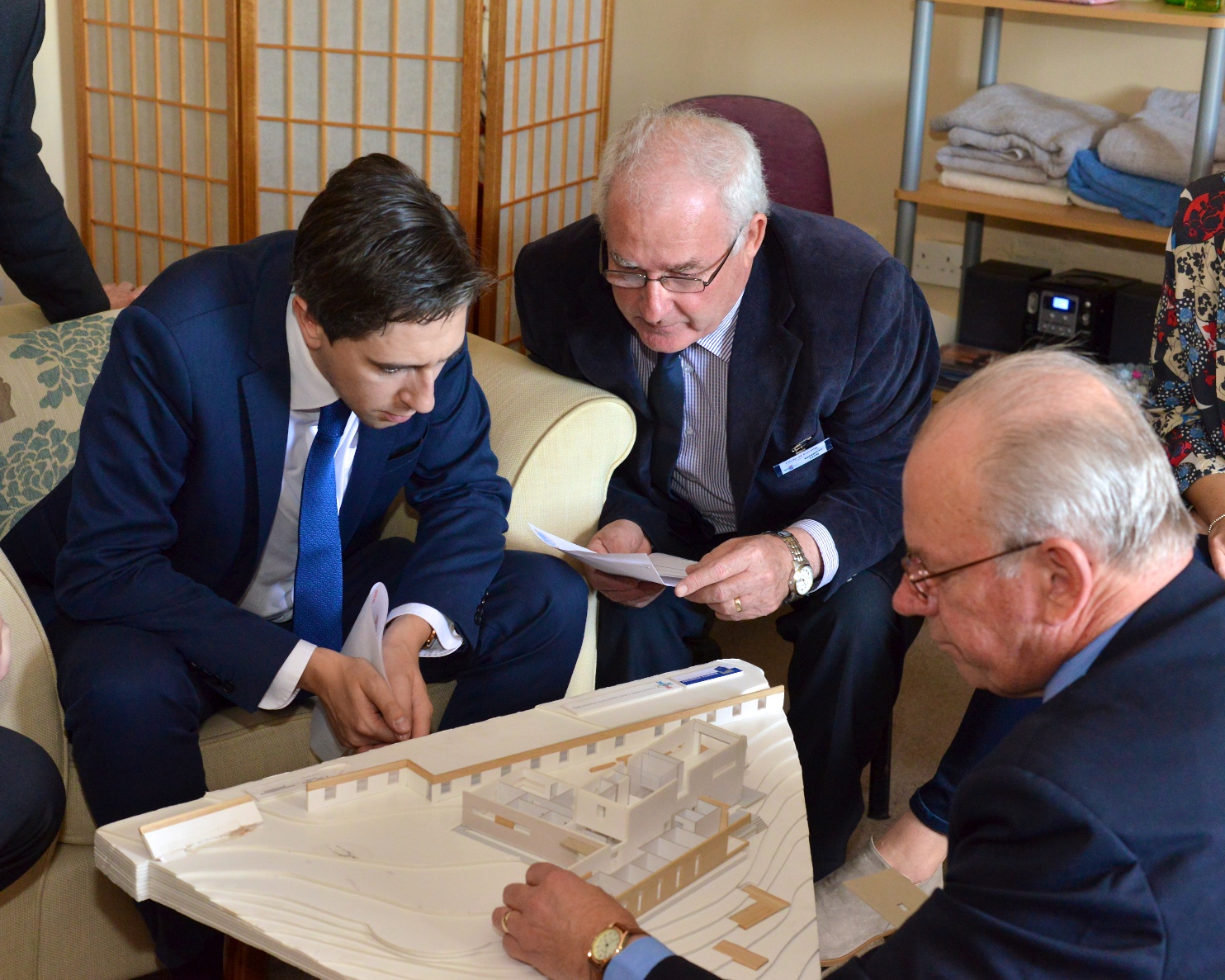 This was followed by a private meeting where the Minister heard first-hand the stories of service users and volunteers, who outlined in detail the impact Circle of Friends has had on their lives and the many benefits they have gained from becoming involved in this great centre. Mr. Harris appreciated the fact that the centre had engaged so positively with the New Cancer Strategy and highlighted the contribution that support centre’s in general can make in tackling cancer. He also praised the centre for the incredible progress they had made since their foundation and wished them well with their ambitious building project in Knockanrawley.

Next stop for the Minister was a visit to the kitchen-dining area where the Minister had the opportunity to mingle with the many service users, volunteers and board members who had gathered for the occasion. In welcoming the Minister, Pat Jones again referred to the benefits of the new Cancer Strategy and thanked the Minister for visiting Circle of Friends. The Minister in reply noted that despite Tipperary being such a competitive county politically, Circle of Friends had succeeded in uniting all political persuasions and he was particularly fulsome in his praise of Centre founder, Jennifer, whose vision and commitment has brought this centre to its present state. The Minister also extended best wishes to board member, Sarah Gleeson, whose passion for Circle of Friends he singled out for special mention. The Minister went on to highlight the excellent services being provided in the centre and expressed his commitment to turn the new centre into an absolute reality. He also drew attention to the fact that more and more people are likely to experience cancer in their lifetime and that there was a need for people to look after themselves and their lifestyles, in particular mentioning the need to encourage girls to avail of vaccine to prevent cervical cancer. Cllr. Fitzgerald also thanked the Minister for his visit and said that the Minister would from now on be part of Circle of Friends. The Minister stated that he was honoured to visit the centre and having concluded the formalities he was happy to stand in for lots of photos. At the conclusion of his visit the Minister was presented with a blanket from the Knit and Natter group Blankets for Friends initiative and Mary Roynane and the Circle of Friends Choir once more serenaded his entourage. Then it was on to Knockanrawley where the Minister unveiled a plaque marking his visit to the site of the new centre. There he met with Mr. Seamus Butler, Marlhill Construction and site manager, Mr. John Hopkins, before Jennifer gave him a guided tour of the new centre. The Minister was deeply appreciative of the progress so far on-site and before his departure, he wished everybody well on what had been a memorable occasion for the cancer support centre. 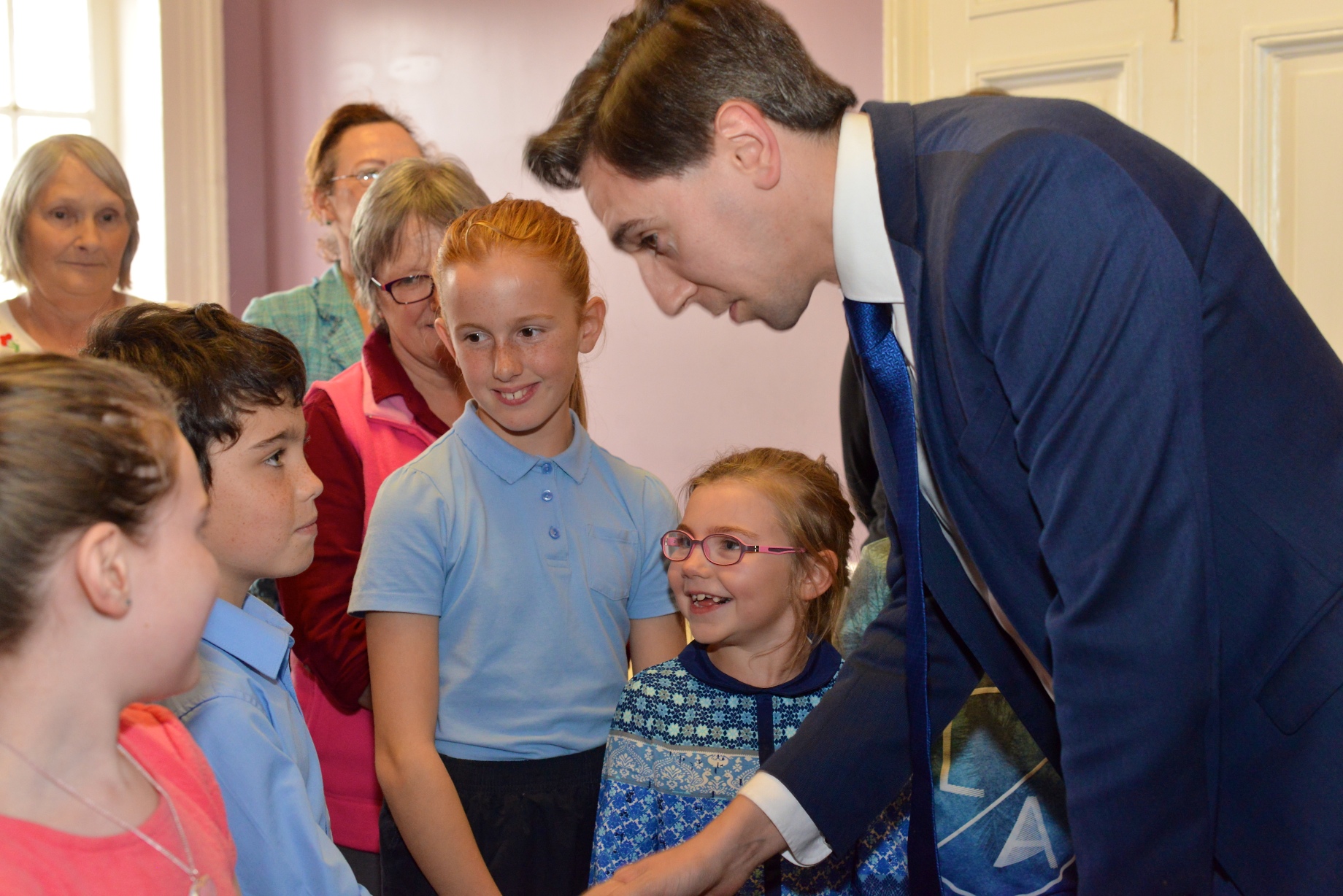