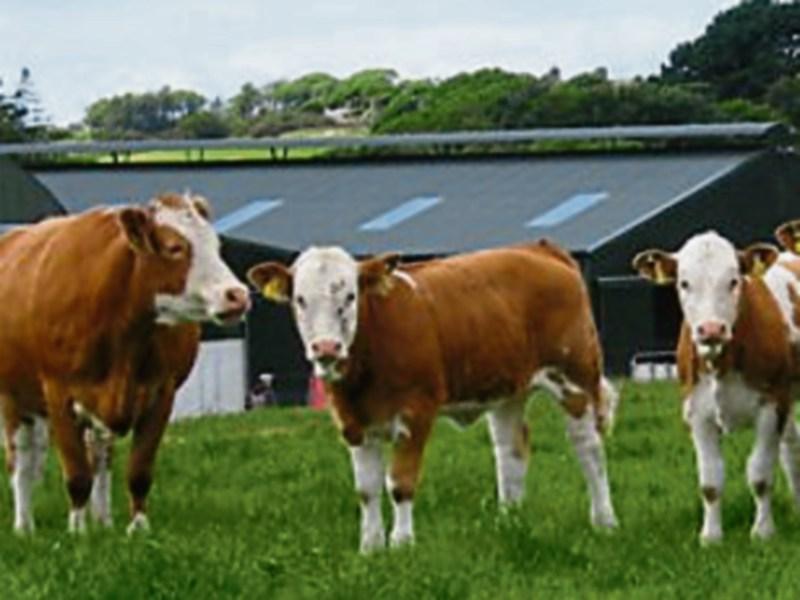 The IFA protested this Wednesday morning outside the EU Commission offices in Mount Street in Dublin over the EU Commission’s proposal to offer Brazil and other South American countries further access to the EU market for beef and poultry as part of the Mercosur trade negotiations.

The proposal has also been condemned by the ICSA.

However, the Taoiseach’s focus on common standards will not deal with the issue

“It has been clearly demonstrated again in the Brazilian 'weak flesh' scandal that commitments from Brazil on standards have no credibility," he said.

"We need to focus on the level of EU market access being offered. Now is the time for the Taoiseach to show real mettle and ensure that our beef sector is not sold out by the Commission,” Mr Healy said.

Given the uncertainty around Brexit, no offer whatsoever should be made at this time, said the IFA leader.

The EU Commission should be showing more concern for EU farmers and rural Ireland. The future of the suckler herd is at stake and we intend to send a strong message to the Commission that this sell out is unacceptable, he stated.

He said the Taoiseach, Agriculture Commissioner Phil Hogan and the EU Commission know well that Brazil and other South American countries completely fail to meet EU standards on the key issues of traceability, food safety, animal health and environment.

The IFA president said it is a major mistake for the EU Commission to make this offer at this time of an additional 70,000 tonnes of beef and 78,000 tonnes of poultry given the huge uncertainty over Brexit and the ongoing scandals in Brazil over their failure to meet EU standards.

He said, it is incredible that, despite strong objections from 11 EU member states, led by Ireland and France, the EU Commission is hell bent on making additional concessions to the Brazilians and other South American countries at a very high cost to Irish and European beef farmers.

“Beef was taken off the agenda a year ago, and now a very similar offer is being made when circumstances for EU agri-trade, in particular for Irish agri-trade, have even more to fear with the impact of Brexit.”

IFA National Livestock Chairman Angus Woods said the Mercosur countries already have too much access to the European market, with up to 74% of all EU beef imports - amounting to 246,000t (carcase weight equivalent) every year.

In relation to the current offer of access for 78,000 tonnes of poultry meat from the South American countries, the IFA Poultry Committee Chairman, Nigel Renaghan, said this would undermine not only indigenous European poultry production, but also, all other meat producing sectors.

Meanwhile, ICSA president Patrick Kent has said he is outraged that the European Commission has decided to propose a 70,000 ton beef quota as part of the Mercosur trade deal.

“This amounts to a complete sell out of beef farmers across Europe with the likelihood that Irish farmers will feel the brunt.

“It defies logic to agree to a quota that will have such a detrimental effect on a native industry that is already under severe pressure., he said.

Mr Kent siad that the Mercosur countries had failed to meet EU standards on the fundamental issues of food safety and traceability.

EU beef farmers had endeavoured over many years to ensure the very highest standards are met at every stage of production, said Mr Kent.

“Coupled with what we know of inferior South American production practices, poor animal welfare regulations and disregard for environmental considerations makes it even more galling that the Commission should agree to this concession,” said the ICSA leader.