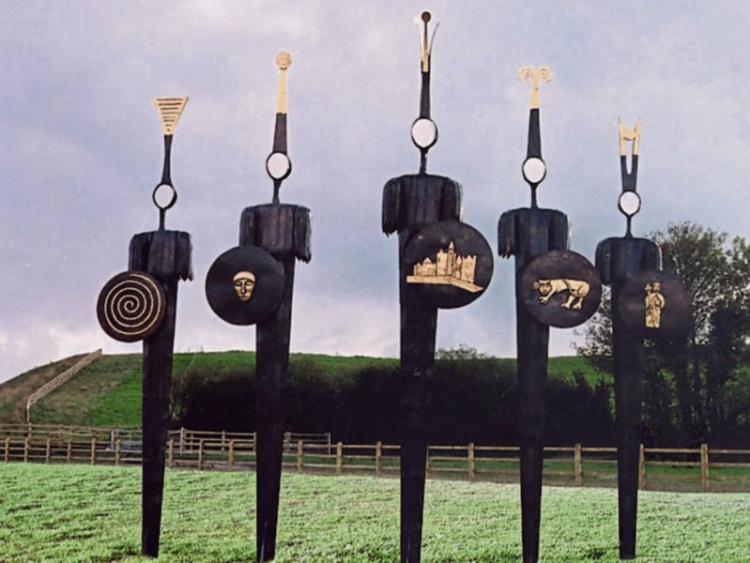 A sculpture of five ancient High Kings of Ireland should be moved so they can be greater appreciated, one local councillor has sugegsted.

At the recent meeting of Cashel Tipperary Municipal District Committee Cllr Tom Wood suggested that the Roads Section of the Council, in conjunction with the M8 Motorway Authorities, should give serious consideration to the relocation of the Ard Ríthe pieces of sculpture from their present location on the M8 outside Cashel to a more suitable location, at the Dublin road roundabout.

“As roadside art they are meant to be seen but are lost, erected in their present location in 2004,” said Cllr Wood.

The sculptures, by Orla De Brí, cost €65,000, and the five figures composed of bronze and gold, represent the ancient High Kings of Munster. “It would be absolutely fantastic to have them on the Dublin roundabout. You would really know you were coming into the historic town of Cashel. At the moment they are really lost. The roundabout is only about 100 yards from where they are,” said Cllr Wood.

Cllr Martin Browne said he would support the motion, but only if it didn’t cost the authority any money. “I have no problem with it, as long as there’s no extra cost to this Council.”

Cllr Roger Kennedy said they are very visible travelling south on the motorway, but not going north due to the elevation.